Jay Park to open for Ne-Yo 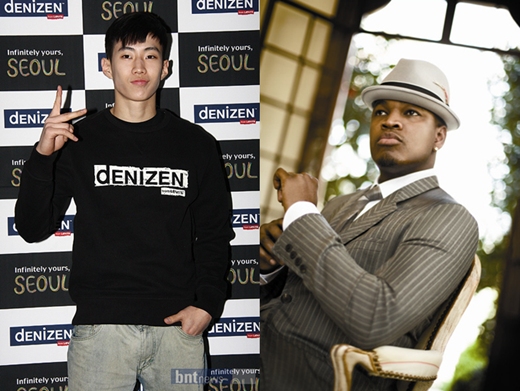 American R&B star Ne-Yo will be performing in Seoul at the Olympic Gymnastics Arena on March 30th, and Jay “Just Came Out of Hiding” Park will be the opening act for the concert. It’s not new to have K-pop artists open for bigshot American artists in their concerts in Korea, but Jay and Ne-Yo compliment each other well and I’m excited. The absence of a language barrier between the two is a definite plus, and I wanna see me some Ne-Yo-Jay bromancin’.

Jay has said that Ne-Yo was a longtime inspiration for him as a musician – which is basically what every singer says whenever they do a collabo with a global(?) star. It looks like Jay is inching his way back into the mainstream K-pop market, and I hope to see him back soon. I also hope that Ne-Yo doesn’t pull a Beyonce and cancel Jay’s appearance last minute. Cough.