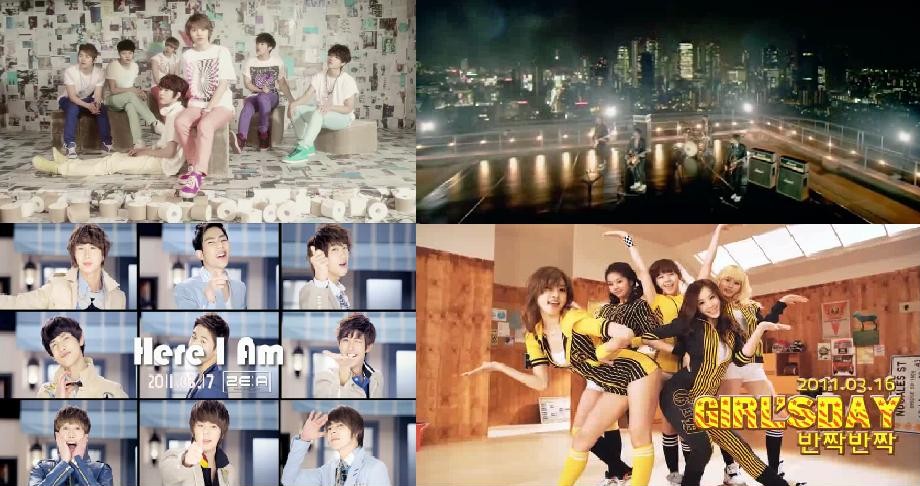 There’s a whole lot of teasing going on as a number of groups prepare for comeback.  INFINITE, C.N. Blue, ZE:A, and Girl’s Day have all recently released MV teasers for their new material.

First up are my boys INFINITE, I don’t know where I was when this first came out a few days ago, but better late than never.  INFINITE will be back this week with the song “Nothing’s Over.”  Well, duh- you’re INFINITE.  From the teaser we get to see more of what the MV will be like, than what the song will sound like and I can be confident in saying that the boys have returned to the light.  Why?  Because their look in the MV is a complete 180° from their dark look in “Before The Dawn” to what I can only call Rainbow Bright (jeans).  I’m hoping the song is better than their clothes in the MV.

*Wouldn’t you know just after I posted this INFINITE goes ahead and releases another teaser which is pretty much the same as the first one, but has some shoutouts from friends and reveals that their comeback will be on St. Patrick’s Day, March 17th.

Another fave of mine, C.N. Blue, has released the second MV teaser for their comeback song “First Step.”  Although, if it’s the second teaser, shouldn’t it be the Second Step?  I’m not liking the hoodlumly C.N. Blue and I don’t see it as showing a more ‘mature’ concept, just one with a bad attitude.  Again, I like the music and would’ve appreciated a harder rock song from the boys of Blue, but when the vocals start…  me no like.  C.N. Blue will return on the 21st.

ZE:A goes soft pop with “Here I Am” for their comeback.  The MV looks like it could be fun, though not very original.  The song seems catchy, although overly sweet, but I’ll give it a try when the whole thing comes out.

And lastly, our first XX chromosome holders Girl’s Day who will be making their comeback on the 16th.  I’m not really familiar with the group and after seeing the MV, still not quite motivated to get to know them better.  The girls look good in their baseball inspired uniforms, but the music is a little generic and the overly cutesy posing with open mouths… not good.

Looks to be an interesting week in Kpop.