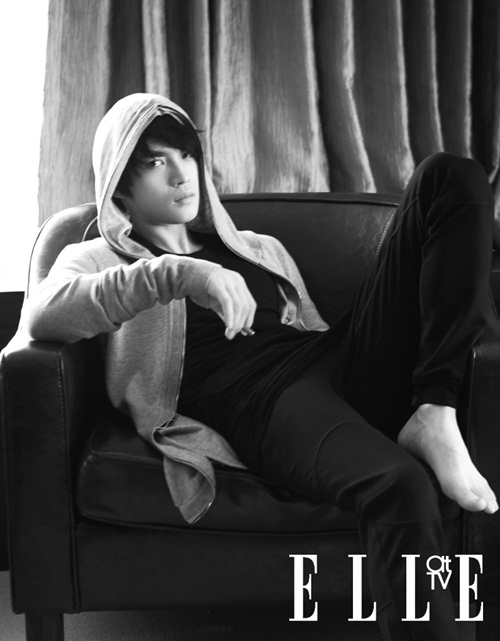 JYJ‘s Jaejoong worked with ELLE Korea in a special event ‘movie still’ for ELLE at TV.  In the ‘movie still’ which is basically a short movie they put together while taking pics of Jae as a hired hitman which was the concept for the shoot, “Killer J.”  Some pics of the project were previously released and now, for the final attraction…

Whoo, who at ELLE can I thank for this? One of the female editors on site no doubt.  Jaejoong, if you ever need more macadamia nuts, just let me know. 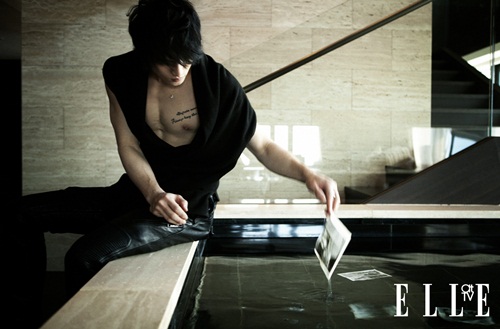 A ‘making of’ video was also released which is actually longer than the ‘movie still’ itself. It includes behind the scenes footage and short interviews with Jaejoong.

After word spread about Jaejoong’s ‘special event’ visitor’s to the ELLE Korea site was seven times its average and the page views were five times the average.  When teasers of the project were uploaded ELLEatTV’s YouTube channel, views of the video reached over 10,000 in less than a week.  That’s the power of Cassiopeia, although Jaejoong’s personal appeal is nothing to sneeze at.  The man is beautiful.