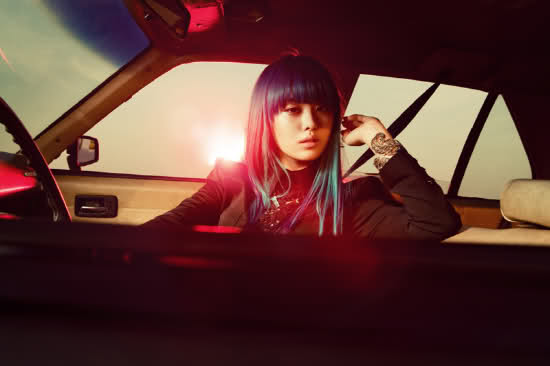 As mentioned earlier, SECRET‘s Ji Eun will be venturing solo this week, and has already released a MV teaser starring actress Min Hyo Rin. Also unveiled for her big solo debut, a teaser photo from her upcoming CD jacket made it to the internet today. I prefer this edgier look to the ‘Sandra Dee” look she had for “Shy Boy,” and love that she went from a brunette to an electric blue ‘do. 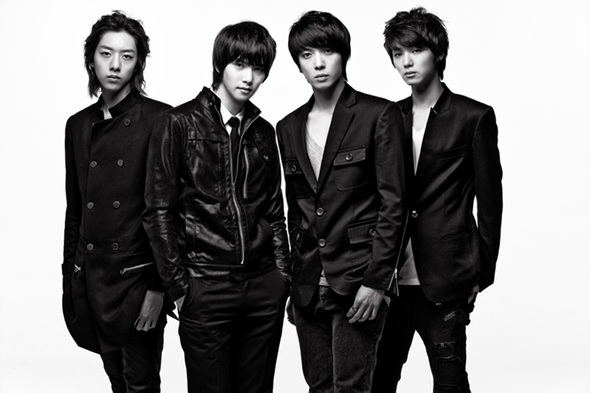 Also in ‘blue’ news, found online today was the album photo of C.N. BLUE– the band of boys were supposed to release their full-length album today, but sadly, it looks like they are still in post-production and the album teaser will be released next week on the 7th instead. Bummer. The photo isn’t anything too interesting, and I kind of like that about the boys. Not much glitz or glam to them; just breezy, feel-good music. Hope they bring some more of that.