Is 'Madonna' Really Worse Than This? 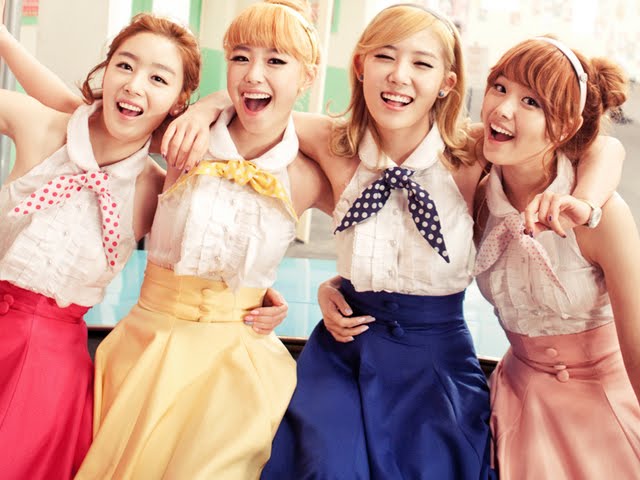 I have not been silent in my love of Secret. Not too long ago, I was lamenting their lack of attention and praising their mini-album to the moon. Now it appears that the girls are getting some much deserved props which is great – but for the corniest song that ever ripped off 1950’s American culture.

The ‘Shy Boy’ isn’t really that bad and it’s catchy, but I have to admit that when I first saw the concept photos and preview and whatnot, I found it a bit eye-roll inducing. Where were the sassy ladies of yesteryear? Anyone remember this?

I know cuteness sells in kpop – it’s an argument not really worth reiterating. But it did make me think of other girl groups and their “break out” moments – for all their faults, Wonder Girls have always maintained a sense of fierceness even with JYP’s retro obsession; interestingly, KARA became super popular after they broke out of the ‘cutie’ phase; 2NE1 and 4Minute -well the cuteness pretty much cuts off at ‘Lollipop’ and ‘Hot Issue.’

It’s just a wandering thought that confounds me, as a fan of Secret for their vocals and fierce songs, that they wouldn’t become notable for the very things I think make them great. Of course, they wouldn’t be the first ones. And with that in mind, perhaps Secret (‘s company) knew more than all of us – all the sexy diva girl groups dominating the scene then, whew, here’s Secret with a breather!

Still I hope when they come back (a month or two from now) Korean music listeners will see more of what they are capable of.