Alexander and Kibum to leave U-Kiss 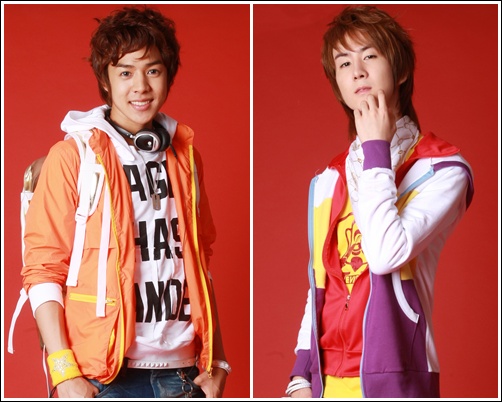 Before you say what I know you’re gonna say…. I care about U-Kiss, okay?!

U-Kiss members Alexander and Kibum announced today that they were leaving the group, which has been active since 2008. Xander has expressed his wishes to pursue his education, and Kibum intends on focusing on his character company with his older brother, SS501‘s Hyung–joon. Kibum recently spoke up about these new developments via Twitter: 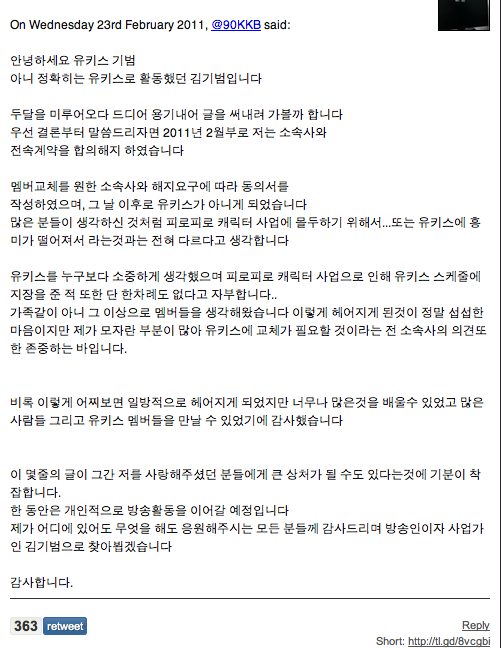 hello this is ukiss kim kibum.

no, i was the member of ukiss, kim kibum.

i pushed this back for about two months, and now i had the courage to write it.

let me say this first now. in the beginning of february 2011,

me and the entertainment had a termination agreement on my contract.

the entertainment wanted to change the members according to the requirements on the agreement.

ever since that day, i am not a part of ukiss.

a lot of pople think that it was because of the piro piro business and because people are losing interest in ukiss but its not true. i think its two different thoughts.

ukiss, who cares more than anyone, the piro piro business was not used to schedule their schuedles.

even though we feel like family, i thought about the members. separating like this, is really sad but i have a lot of flaws and disappointment so i thought that ukiss needed a change, and told my opinion to the entertainment/angency.

in a way, even though we are broken up, i learned a lot, and met a lot of nice and amazing people. i even met ukiss members, and i am very thankful.

writing a few lines to the people who loves me. it might be a big hurt to you and i feel bad. for a little while, i am planning to do a lot of shows by myself. no matter where i am, what i do, please cheer for me. i wanna say thank you and broadcaster, businessman kim ki bum.

U-Kiss will be working on their upcoming comeback album without Xander and Kibum, which leaves the group with five members. Tear. Admittedly, I was only really into U-Kiss for a week or two, but Kibum was my fave.