2NE1 to debut in Japan with "Go Away" 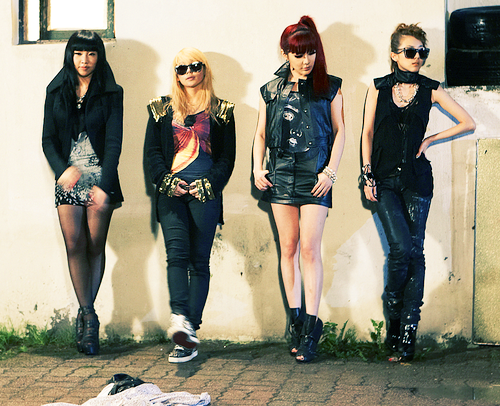 There’s been a lot of buzz surrounding 2NE1 and their potential work overseas, particularly in Japan and America. But despite the rumors, not much has been confirmed about the group’s upcoming activities.

J-pop entertainment titan Avex announced today that 2NE1 will be making their official Japanese debut this spring. They’ll be releasing their first single, “GO AWAY” in ringtone form on March 9th, and will release the official single soon afterwards. The single will also include the english version of “Can’t Nobody.”

Man, this week has been like a good news party for YG fans. 2NE1 seems to have this certain international appeal about them, so if there’s one group who I actually want to see overseas (in Japan and America), it’s 2NE1. I’m also super excited that they’re working with Avex. Anyone who’s had a hand in producing Koda Kumi – J-pop’s Fiercest Diva of All Fiercest Divas – is good with me.