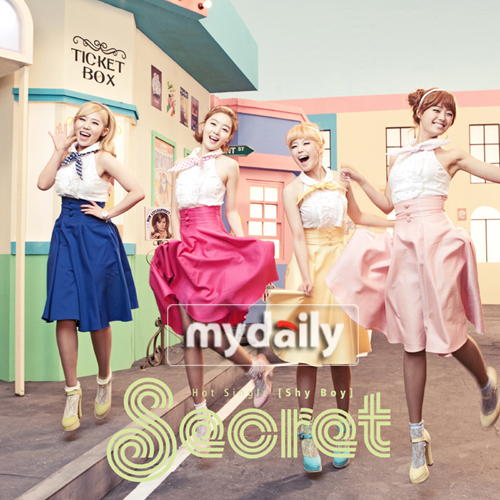 I know I’ve said in the past that Secret‘s “Magic” and “Madonna” were too similar, but this is not what I meant by diversifying…  Secret makes a comeback with the single “Shy Boy,” check out the teaser for the song.

Secret has been known for their strong vocals and sexy shakin’ moves so they’re doing a 180 degree turn in concept for “Shy Boy.”  Their vocals are solid as ever, but I don’t know if I’m liking the 60’s look.  I mean who doesn’t love Grease, but… ?  The single will be released at midnight on the 5th and Secret will have their comeback stage on Mnet‘s M! Countdown on the 6th.  I’ll hold judgement until seeing their comeback stage, but if they go more Orange Caramel than Secret, I’m hopping off of the Secret train.