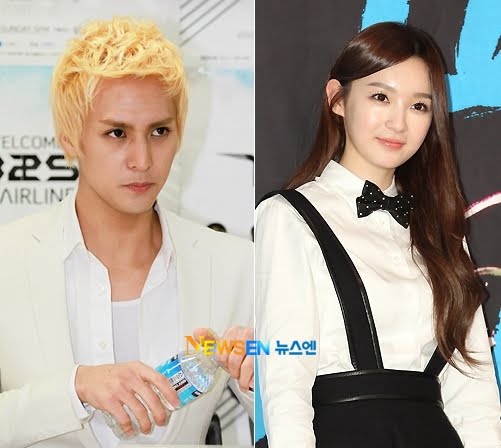 Says the Ministry of Ridiculousness. Ok, well not them (surprisingly!!), but rather, broadcasters’ reviews. Davichi‘s Kang Min Kyung and Beast‘s Dongwoon, will not be performing their current chart climber “Udon” anytime soon. At least not on any of Korea’s three main broadcasting networks.

The reason? The song title- “Udon”- is in Japanese. Broadcasters felt that the Korean word for the noodles – “galak” should have been used instead. I did, initially, wonder why the term “udon” was used for the song (what with the Korean/Japanese history), but then shrugged the thought aside since they’re just noodles. No big deal, right? WRONG.

It’s really too bad, though, because I really enjoy this song and was looking forward to their live performances! I just wonder why, then, it is okay for KPOP songs with English song titles to be performed? Is it because they aren’t generally about non-Korean food? Probably not. Just thinking about the irrational rationale regarding udon vs. galak noodles makes my noodle hurt. To make it hurt less, I will play the MV on repeat.