PSY has a Wardrobe Malfunction on Inkigayo 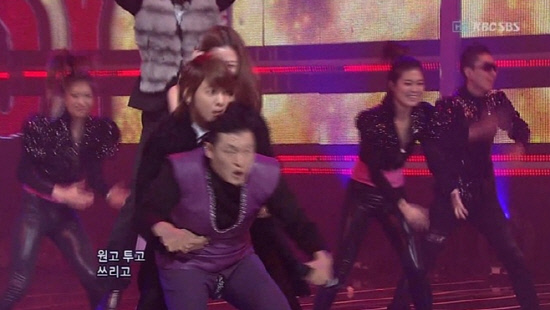 I’ve said before that PSY really knows how to put on a show, but I guess sometimes he’s a little too energetic while performing. On today’s Inkigayo while performing his song “Right Now”, PSY ripped his pants while busting a move.  Being the professional that he is, the show went on during the live broadcast.  The Inkigayo audience caught glimpses of PSY’s Purple and silver drawers.  I say it’s lucky he was wearing underwear, you know how guys are.

News of PSY’s mishap spread quickly among netizens and became a top search.  Officials from PSY’s company said that it was the first time in his whole career that he ripped his pants while performing on stage.