5 Things I LOVED in KPOP This Week

What 5 Things stood out this past week in Kpop land? A crazy universe, Idol ping pong, playful happenings, a new variety show, and Scandalous behavior.  In a special version of 5 things, these are 5 things about the 5 things that happened in Kpop this week that I think were just a little bit more special than the rest. 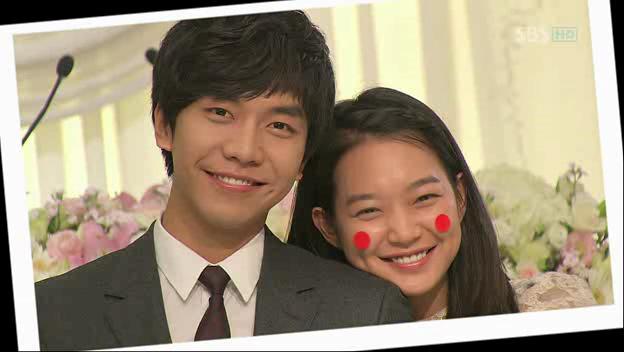 The Hong Sisters‘ latest Kdrama, My Girlfriend Is A Gumiho wrapped this weekend amidst rumors of gag orders, hacked crew computers, and a potentially sad ending. After watching the show, I can understand why they were trying to keep the ending a secret, but seriously even though it looked like the ending was gonna suck there was more than 20 minutes left in the drama so I knew it wasn’t gonna be the end. 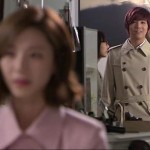 Lee Hong-ki made a guest appearance in the finale as   Jeremy, not sure if he was supposed to be Jeremy from A.N.JELL or not, but at least he made it.  Jang Geun-suk and Jung Yong-hwa were supposed to make appearances  too, their schedules permitting- guess their schedules  didn’t permit it. 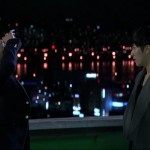 The Gumiho Hunter is bad… because he didn’t keep his promise to Mi-ho and told Dae-woong the truth that Mi-ho had no intention of taking the bead back and letting him die.  After 1,000 years, he figured out how to not make the same mistake twice.  Thanks Hong Sisters for not really making him out to be a bad guy. 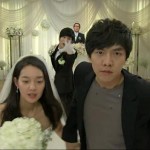 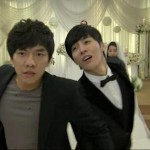 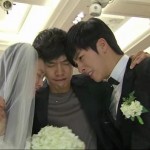 The Gu Mi-ho is bad because she was going to sacrifice herself for Dae-woong without ever telling him the truth.  Luckily in the end, he finds out things work out.  It was pretty hilarious when Sung-nyeo and Bung-soo discuss what might happen if they let Dae-woong know about Mi-ho and Dong-joo’s wedding which is unbelievable to them. 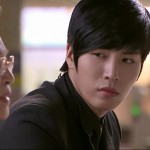 The Fairy Halmoni or earth grandmother (that’s what I t  think they call her in the drama) comes out to decide  whether or not she has to keep her promise to Mi-ho  because she has finally found a man that loves her  enough to die for her.  Man, I was seriously thinking that Mi-ho’s “out” of dying was that she and Woong-ah had to “mate.”  They talked about it so much, but I guess that would be too much for a light-hearted Kdrama. 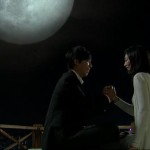 The universe goes crazy when the sun and moon meet during a solar eclipse giving the not dead, but not exactly living Mi-ho the chance to comeback.  It’s a happy ending, thank you Kdrama gods, for a while there I thought the Hong Sisters were going crazy themselves.  I was really into the drama in the beginning, Shin Mina and Noh Min-woo were great and of course Lee Seung-gi, is Seung-gi, but for some reason the drama lost me in the middle.  I still watched, but I wasn’t loving it as much. 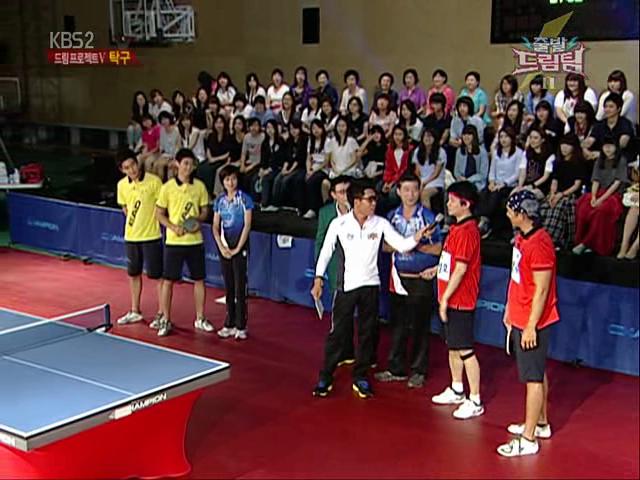 A couple of Dream Team 2 members participated in a Ping Pong challenge where they trained with a couple of Korean professional Ping Pong athletes.  Minho (yay, he’s back), Sangchu, Jinon, Lee Sang-in, and Kim Taek-soo all trained to compete against each other for this Dream Team Project.  The 5 Things that were great about this episode:  Our boys in shorts showing off some leg (see above pic), Sangchu’s serving oops,

and I find it extremely funny that due to Korea’s broadcasting laws, shows have to police themselves to not promote too many name brand items so they do things like put a piece of tape over a logo. Like that really helps in stopping someone from recognizing a brand. 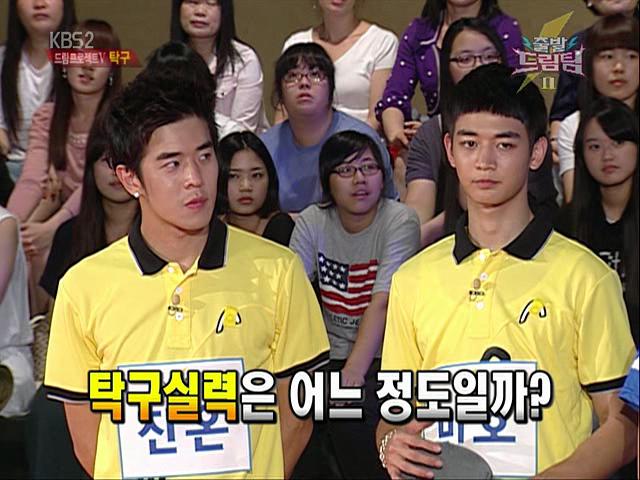 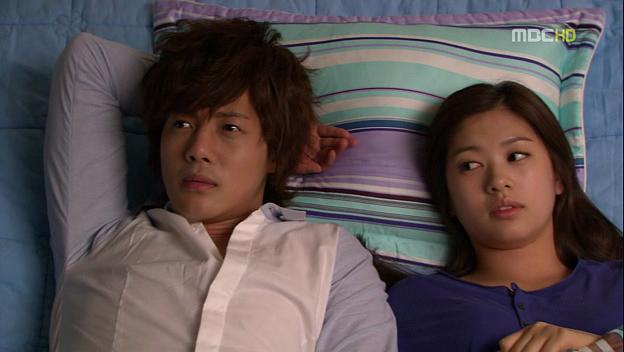 We’re past the halfway point in the drama’s scheduled 16 episodes, so things needed to get moving and they did.  This week’s episode ended with Seung-jo and Ha-ni in bed together, but with no intentions of doing anything other than sleeping.  I hope next week’s episode begins with at least some spooning, lol.  The top 5 things that happened in this week’s episodes were:

Seung-jo and Hani’s first (unofficial) date:  After running away from some mobsters after Seung-jo’s date with He-ra and Ha-ni lamenting that she couldn’t help herself following them, Seung-jo asks her if she wants to go somewhere.  They end up on what for the most part is a date, where he rows them in a boat which Ha-ni tips over, then he buys them couple Ts. They eat and talk together afterwards and he tells her that he doesn’t hate her. 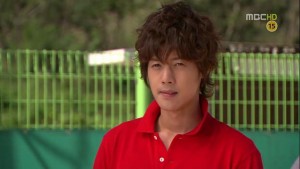 Seung-jo showing some jealousy  when a misunderstanding leads  to rumors tha Ha-ni is playing him with Kyung-soo sunbae.

Ha-ni rescues Eun-jo and there’s a whole lotta fun going on in the hospital.  I just have to say that the little kid  who  played Noo-ri is gonna be a heartbreaker in a few  years 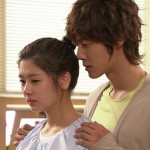 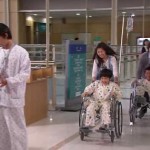 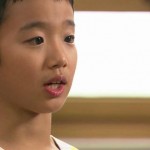 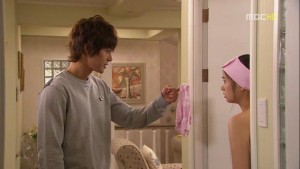 I almost died laughing at the “panty” incident. Ah, it’s every girl’s worst nightmare especially when your crush is around.  Seung-jo’s dad catching them while Seung-jo is teasing Ha-ni who’s onlyin her towel and telling them he’s glad they’re closer, but to be careful because Eun-jo is around was classic.

Friends who got your back.  Min-ah and Joo-ri confront Seung-jo after Ha-ni’s heartbroken because she thinks he’s living with He-ra.  They tell him what’s up and to at least tell Ha-ni she doesn’t have a chance instead of stringing her along.  Of course he’s not living with He-ra, it’s a misunderstanding so he sets up a whole scene so Ha-ni can find out the truth.  It would’ve been easier to just tell her, but I guess not as much fun. 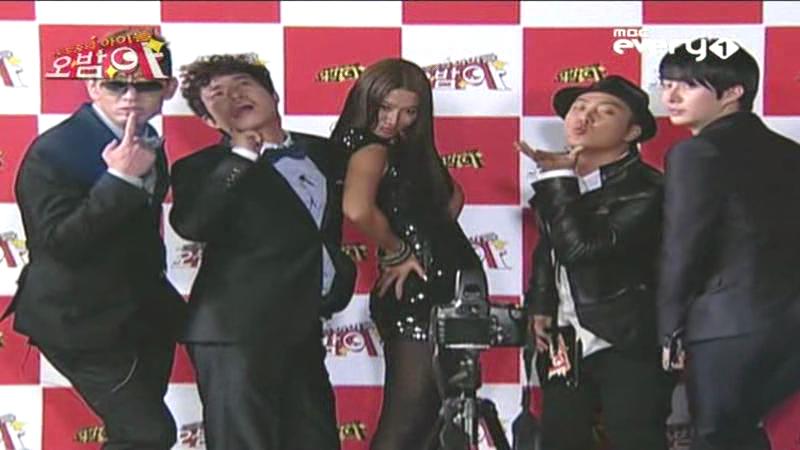 MBC has a brand new variety show Midnight Idol, which debuted on September 30th.  The MCs for the show are all sunbaes (to most idols) in the Korean Music Industry:  Kim Chang-ryul of DJ DOC, Eun Ji-won, Kim Hyung-joon, HwangBo, and Kim Sung-soo.  The introduction of the MCs of the show was hilarious and gets three ‘thing’ points:  One, for making them have to take their own photos with a cutout caricature of Obama;  two, for having HwangBo as an MC, love her; and three for having the guys freak out at the sight of a moth and call for HwangBo to save them.

Their first guests were the idol group INFINITE (point 4, love them too) and the premise of the show appears to be a sharing of talents and then challenges between the sunbaes and hoobaes.  In the talent portion, not wanting to be shown up by JoKwonnabe maknae Sung-jong, Seong-yeol busts out Yoo Jae-suk‘s grasshopper dance (point 5).

The debut episode does seem promising, there were laughs galore– so I can’t wait to see more. 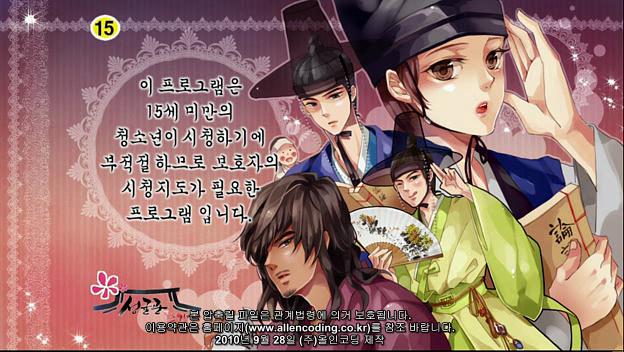 On my current Kdrama crack of choice SungKyunKwan Scandal, Kim Yoon-shik gets framed for burglaries at the school and has to prove her innocence or get kicked out.  The top 5 things that happened in this week’s episodes:

The Joseon F4 are now firmly in place.  We started to see the gang getting together in previous episodes, but in my opinion it wasn’t until this week that you can really see that they’re together as a group of friends. 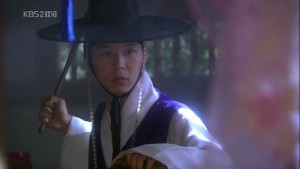 Point for the expression on Sun-  joon‘s face when a gisaeng comes  running in and then he finds out it’s Yoon-shik.

Point for Yoon-shik throwing her body on Sun-joon to act like lovers in a tryst to escape the guards and for Jae-shin throwing a mini fit when hearing about it from Yong-ha. 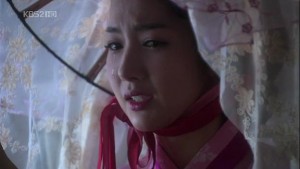 One Big point for Sun-joon for explaining to Yoon-shik that he gave the 50 nyang not because he pitied her, but because he admired her talent which he didn’t want to see wasted and because he needed her.  He needed her because he thought she could be his friend, the first he ever had, which moved her to tears.

Last point goes to the ongoing hilarious awkward sleeping arrangements, well apparently only for Jae-shin nowadays.  His fearless, manly ways sure get tamed into submission at night when he sacrifices himself and sleeps next to a Noron to ‘protect’ Yoon-shik from Sun-joon, lol.

That was the first and last attempt at 5 things about 5 things (yeah, just kind of realized hours later that 5×5=25).  Those were my top 5 (25) things in Kpop this week, were they yours?