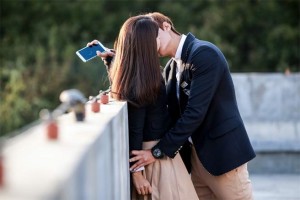 Can you all believe it is November?  Where the heck did 2013 go? The one good thing about preparing to say farewell to another year is all the awesome end-of-year goodies. So while it’s sad to see another year pass the promise of the future and what more is to come is exciting and hopefully… well worth our time.

The following are the 5 Things that happened in K-pop last week that I think were a bit more special than the rest.  If you are not up-to-date on your K-pop and tend to get a bit upset with spoilers, turn back now or forever hold your peace.

5. The problem with wraps

I know nothing is as easy as it seems, but our Barefoot Friends seemed to have just a little more problems than normal trying to make their own versions of a Korean summer roll while visiting with Korean diva Insooni. Kim Hyun-joong suffered from the ‘bigger is better’ problem–which he quickly found out wasn’t the case–but also quickly solved the problem. Who said he wasn’t a genius and the look on Insooni’s face was priceless. Eun Ji-won just cracked me up–he’s such a guy.  I’m sorry to see Barefoot Friends go,I think we all knew it woud be cancelled once K-pop Star started up again. It unfortunately suffered from an identity crisis from the very beginning, but I thought its cast had great potential.

4. You’re not in Seoul anymore, Yoo-jung

There was a Wizard of Oz story line for this past eek’s episode of Running Man with guests actor Yoon Je-moon, Big Bang‘s T.O.P., and child actress Kim Yoo-jung who are currently promoting their brand new movie The Commitment. There were definitely parts of the show that were more successful than others–like an entertaining game with plungers and one small car, but it was ultimately the pluck of Kim Yoo-jung that won me over and won her the game at the end. Looking forward to next week’s episode with LA Dodgers‘ pitcher Ryu Hyun-jin, Kia Tiger‘s pitcher Yoon Suk-min and the boys of EXO.

To be completely honest, I haven’t been a fan of much of JYJ‘s work–their music just never resonated with me. But I’ve been a fan of Jaejoong‘s solo work–his Mine mini album and recently released full length album WWW are both in my K-pop collection. Jaejoong’s voice and persona really fit well with the rock genre–LOVED “Just Another Girl.”

2. Getting a little bit closer

The love triangle, because seriously it has to be Trash or Chil-bong, in Reply 1994 got a bit more pronounced as Chi-bong aka Joon made his move to get closer to Na-jung. There was this epic scene where Chil-bong was giving Na-jung a massage to help with her back pain that I wanted to share, but alas–no clips.  But that’s okay–drunken kisses are good, too and apparently totally worth being punished for at baseball practice. And what was that look on oppa’s face?

Have got to be better than ten right?  This past week’s episode of Infinity Challenge was definitely one not to be missed as it was their latest Freeway Music Festival concert broadcast. It was one of their best concerts yet, with all the groups having great performances. But if I had to pick just one as my favorite performance, it would have to be HaHa and Jang Kiha & The Faces, aka Seventy Fingers and their performance of “Super Weeds Man.”  The song itself isn’t the greatest ever, I don’t see myself listening to it over and over again, but their performance was super high energy and lots of fun.