Hello everyone, and welcome to another Seoulbeats Exchange!

The exchange segments thus far have been focused on K-pop acts (and companies), but Hallyu is much bigger than just K-pop. So, this week, I venture out into the realm of acting, and going by the adage “ladies first” have selected actress Shin Min-ah as the topic for this exchange.

Shin started her acting career in MVs (such as those of G.O.D) before debuting in 2001. She has since worked in both film and television, with 10 films and now 6 dramas to her name. After an extended period focusing on film in 2008 and 2009, Shin made her drama comeback with My Girlfriend is a Gumiho–which also served as my own introduction to her. Even now, when I hear the word “gumiho,” I think not of a nine-tailed millenial fox shapeshifter, but of Shin Min-ah in a white dress and gnawing on a bone. Shin recently wrapped up her follow-up drama, the delightful Arang and the Magistrate, and curious about her decade-long career, Amy and Johnelle took the time to answer my questions. 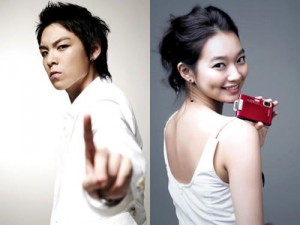 1. My Girlfriend is a Gumiho was when I first encountered Shin Min-ah; how did you discover her?

Amy: I watched her way back when she was in Sad Movie, a celeb-loaded project a la Hollywood’s Valentine’s Day, and Shin had a storyline of her own . She played a mute girl who wasn’t able to tell the object of her affection due to various circumstances, lots of cuteness ensues, and it ends just the way you expect it to end.

Johnelle: I actually saw her in the movie The Naked Kitchen first.  I came across the movie when I was in my Joo Ji-hoon phase looking up all the projects he was in.  I didn’t particularly like her or get a lasting impression of her from the film though (I have also seen the infamous Volcano High and although many famous actors starred in it–I don’t think we should judge them on that movie).  I did know she was a fairly famous actress, was in The Devil, did a lot of CFs, and supposedly dated T.O.P. 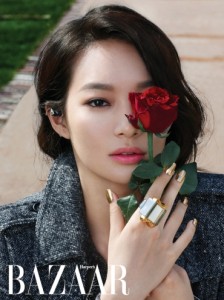 2. What are your thoughts on her approach to acting, and how her career has progressed thus far? She’s worked in both film and TV: what has her transition between the two been like?

Amy: To be completely honest, I don’t think Shin Min-ah is a strong actress, but she’s very loveable and the roles she’s taken on in film and drama have been relatively similar the last couple of years. Her agency and herself have been smart with picking roles that stay within her range and highlighted her strengths as an actress, so there’s almost no difference between how she acts in movie projects as opposed to her TV projects, the only difference being it seems her dramas do seem to fare better in terms of popularity.

Johnelle: I can’t pretend to know how she is in real life, but her acting always seems to be ‘real’ to me.  Like the characters she plays are all another side to Shin Min-ah, the woman. I haven’t watched a lot of her movies, but I will have to say that I’ve enjoyed her performances in K-dramas more.

3. Which piece of work in Shin’s repertoire is your personal favourite, and why? 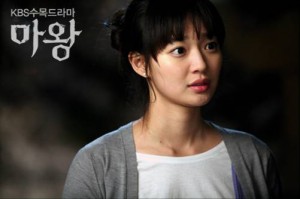 Johnelle: I enjoyed her acting in Arang and the Magistrate the most.  I think it showed a range of her acting skills as the female lead Arang and yet she still had that mischievousness in her character that I came to adore in Gumiho.  The story was wonderful and being in a K-drama with a good tale to tell always helps to highlight an actress’ performance–well, unless she sucked.

Amy:  My favorite of her work so far is Devil, though that was completely not because Shin was good; it’s just one of the best dramas I’ve watched hands-down. To be fair to Shin, her role progressively got smaller throughout the drama as the story got more intense and involved, so it’s not her fault, but it was probably for the best. That drama was immensely character-driven and her character’s involvement diminished.

4. Shin Min-ah’s roles as of late have been rather similar; is it too soon to think that she’ll be typecast as the girl who plays wacky supernatural creatures, or can she successfully pull off a different kind of role in the future? 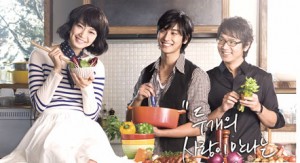 Johnelle: She’s played a variety of character types previously, it’s just that newer fans only know her in these type of adorable supernatural roles.  She does well in these roles so I wouldn’t be surprised if she does more, but of course there will be a time she would need to move on when these type of roles are no longer popular.  I think she’ll still be able to find roles that suit her, she could still do the quirky lovable girl with no supernatural powers, right?

Amy: I think it’s less that she’s typecast as the girl who plays wacky supernatural characters and more like writers are writing the kind of quirky, cute girl who happens to be a supernatural being, and Shin Min-ah does quirky and cute like a total pro. Her last dramatic role was in Devil, and the last five years have basically been Shin playing cute, bubbly girls who kill the oppas with a certain brand of cuteness. Her cuteness charisma is undeniable and even as someone who isn’t much interested in that brand of aegyo, I’m completely swayed when I watch Shin, and I think her ability to pull that off is what’s catapulted her into the upper echelons of the industry, despite being a fairly limited actress.

Of course I’d like her to switch into doing something heavier, but when she can make bank playing to her strengths now, there’s almost no need for her to venture further into another genre, unless she herself wants to grow as an actress. 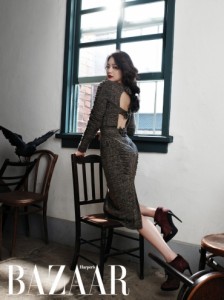 If I were to draw a parallel here, it would be one from Shin Min-ah to Zooey Deschanel. Deschanel has taken on dramatic roles before, but where she excels is as the manic pixie dream girl, the enthusiastic and (slightly, just slightly) crazy girl who invades a man’s life and proceeds to throw it into chaos, an event which in fiction always ends for the better. While Deschanel and Shin are not the same in all aspects, in this they are fairly well-matched, though Shin’s version is a tad more subdued. The supernatural nature of her recent roles also serve to consolidate this image, and has come to become an part of her personal brand. Playing a manic pixie dream girl isn’t always easy–such characters can get grating very quickly if not handled well–and getting typecast (as has happened with Deschanel) is a real risk. But, as Johnelle suggested, varying the background of her characters, like playing a mortal every so often, could delay this from happening for a while. Or perhaps she doesn’t need to: in a High Cut interview earlier this year, Shin said that the personality of Arang was different to that of Mi-ho, and that similarities ended with the supernatural backgrounds of the two characters.

Shin also has another thing going for her: her looks. She has a unique look that she puts to good use by modelling. Shin was actually a model before her move into acting, but she has been able to continue this thanks to magazines’ love for celebrity. Her photoshoots are usually well-received, and her modelling has also managed some attention in the West, with US brand Rag & Bone featuring her in their DIY Project campaign. So, even if the cute and perky gets too much for people, they will at least have some muted elegance to look forward to.

What are your thoughts on Shin Min-ah? What is your favourite work by her? And do you think her roles are that of a manic pixie dream girl? Leave your thoughts below!