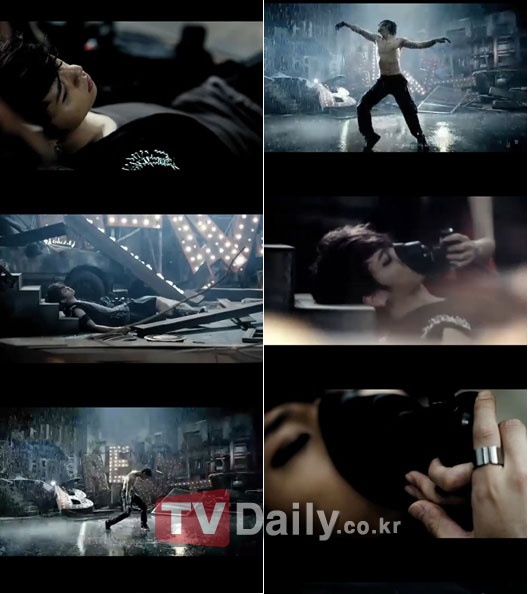 Everyone can breathe easy now that the beauties of Beast and Cube Entertainment, after much teasing, have finally released their full MV for the single “Soom”, off of their upcoming mini-album “Mastermind”.

So I have to admit-I’m a little underwhelmed by this song. Well, if not underwhelmed, then maybe just mildly “whelmed”. Definitely not overwhelmed, unfortunately. I even think that I like the teasers more than the actual song and MV.

The boys of Beast (or B2st as I still prefer to think of them) have great vocals, clever rhymes/raps and mad dance skills-they are seriously beasts of the dancefloor-but they still are lacking something. A certain je ne sais quoi, if you will. I mean, I still don’t know all of their names this long after their debut!! (It’s those two guys-you all know who I am talking about!)

And although “Take Care of My Girlfriend” and “Bad Girl” were good, catchy songs, the only Beast song that I’ve really warmed up to is “Shock”. With that said, I think this MV for “Soom” is interesting, even if I don’t really get it. Also, with “Soom” and Miss A’s “Breathe” what is KPOP trying to tell us?? Should we all be wearing oxygen masks or something?! Actually, that’s not a bad idea…I think I would like Beast a lot more if they did a joint stage with Miss A!!!!

Am I the only one who isn’t really feeling this song/MV? Maybe it’ll grow on me…or maybe their live performances will change my opinion! The weird thing is that even though I don’t know all of their names or  like 2 of their 3 hits so far, I still really like Beast!!! Go figure.