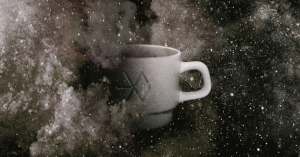 Exo has continued their annual tradition of gathering all of their most heartfelt emotions into a series of tracks for the holiday season with Universe, which follows their previous releases of Sing For You and Miracles in December. With a black-and-white themed album cover, this mini album promises nothing but warm, soothing, and nostalgic tunes.

The group is well-known for their exciting jams like “Ko Ko Bop” off their most recent album The War which shows off their brilliant charisma, however, this mini album does a complete 180 to highlight their often-underrated vocal talents.

The six different tracks (excluding the additional Mandarin and CD versions of the titular “Universe”) on the album are well-chosen, and depart from their usual bold, colourful style to cohesively achieve a more subdued and melancholic tone; if it were to be translated into a colour scheme, this album would take on a various shades of warm brown which perfectly fits the café concept. 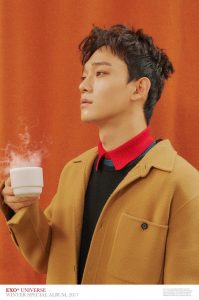 Instrumentals take a backseat in all of the tracks, with simple and repetitive accompanying chords that follow the emotional contours of the melodies. “Universe” rings particularly true to this statement, with laid-back keyboard accompaniment that only gradually builds up later on in the track for a more poignant sound. Even in “Been Through” with a more interesting synth accompaniment, it is continuously repeated, even in the vocals, to achieve consistency that lulls listeners along. “Fall” features a straightforward acoustic backing that interestingly contrasts well with the thick choral, textural sound of the chorus.

The vocal members of the group are actually extremely diverse and talented: to name just a few, we have D.O.’s rich and smooth tone, Baekhyun’s light and delicate voice, Chanyeol’s deep vocals, Chen’s strong timbre with an impressive range. In “Universe”, the repeated chorus of “I search the universe” — sung by different members each time, does a particular good job of highlighting their very different vocal colours while achieving that full and lush sound that does make it sound like they are searching all corners of the universe for their lover.

Another particularly notable track that displays the group’s ability to accurately capture the emotions of the lyrics is “Lights Out”, perhaps because it is penned by Chen himself. You can really hear the earnestness in this nostalgic track as the members reassure their loved one:

I will shine on you.”

Despite their distinctive vocals, they blend and harmonise extremely well as heard in R&B-inspired “Good Night”, where the different members weave in and out seamlessly and smoothly. They should seriously considering featuring more harmonisation on their tracks! 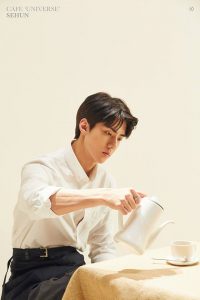 Not all the tracks have rap parts in them, which I have to commend because there are too many songs out there with inappropriately raps that are seemingly forced. The ones on the album that do feature rapping are just alright: Chanyeol’s and Sehun’s raps in in the faster-paced “Stay” brings freshness to the otherwise more melancholic tune, but it doesn’t really add much to the track overall.

It would have been interesting to see EXO stray from their more sombre tracks which they seem to be known for during the holiday season and take on more festive melodies, but seeing as they have blasted out powerful songs earlier in the year, it is perhaps for the better to show that they do have a softer side to their music.