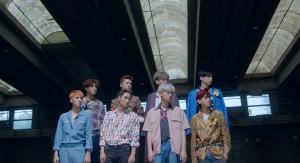 Summer is upon us, which means it’s time for Exo to make yet another record-breaking comeback with their fourth studio album, The War and its lead single, “Ko Ko Bop.” SM Entertainment has spent the past few comebacks trying to sell a delinquent, more mature image for Exo: making them revolutionaries, high rolling gamblers, and test-lab escapees.  This round, Exo haven’t quite abandoned their mischievous ways, though they’ve left the gambling chips and riot gear at home in favor of some questionable hallucinogenic candies.

Before getting into how much SM got right with this comeback, it’s only fair to acknowledge what they didn’t. Firstly, there was some pretty poor planning in terms of scheduling the agency’s summer comebacks. With SNSD‘s ten year anniversary comeback taking place in early August, SM had to squeeze Exo in in tandem with Red Velvet, leading to not only a brief overlap in teasers, but also promotions. While I’m all for watching Suho attempt the “Red Flavor” choreography, it’s clear that Red Velvet was done a little dirty.

Looking to “Ko Ko Bop” specifically, another serious misstep came in terms of styling. The tropical theme is seasonally appropriate, and all the members look fantastic in Hawaiian shirts and warm-toned make-up. Some aspects of the styling, though, are a bit more… hairy. Say what you will about Baekhyun‘s questionable mullet, and Sehun‘s head literally looking like the orange emoji, but it’s Kai‘s dreadlocks that are sure to warrant the most criticism. Whether he asked for them himself, or SM chose to style him in an appropriative way to fit the reggae aspect of the comeback, the choice was insensitive — especially considering the backlash Kai received during “Wolf” promotions for sporting a similarly appropriative hairstyle.

Questionable styling and scheduling choices aside, “Ko Ko Bop” is the kind of summer jam I’ve been waiting for Exo to release for what feels like ages. Taking a cue from the reggae inspiration of the track, the vocals are laid back, allowing the members use their sultriest tones during the verses. Chen, Suho and D.O. particularly excel at adjusting their tone to coo and woo the lyrical object of affection into a state of ease.

I’m entering into your dizzy heart
As if I’m familiar, I’ll softly spread inside 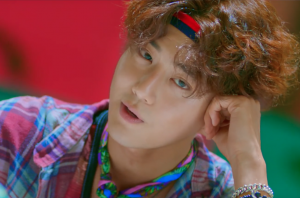 If the verses didn’t make it clear enough, “Ko Ko Bop” is a tale of seduction. Exo and SM can play up the making-the-most-of-the-eve-of-a-war concept all they want, but one look at the lyrics — or one listen to the way Chen moans in the chorus — and it’s pretty obvious: “going Ko Ko Bop” is essentially SM gibberish for having the orgasm of your life.

And just like that, Exo has added yet another wonderful euphemism to the K-pop lexicon. As amusing as the euphemism is, the title proves to be the track’s greatest weakness. It’s clear SM was going for a hook that could be distinctly, and forever linked to Exo. However, “ko ko bop” just doesn’t quite cut it; it feels like an obvious filler, a nonsense string of syllables disguised as a unique phrase, and it leaves a very not seductive hole in the lyrics. After all that teasing and ah-woo-ing, the final line of the chorus is rather… anti-climactic.

Keeping in line with the theme of illicit pleasures, the MV for “Ko Ko Bop” captures all the trappings of a free spirited summer, with hints of Exo’s signature Tumblr aesthetic delinquency. In the dog days of summer, what’s better than popping some mysterious candy, hallucinating super powers, floating hamburgers and self driving cars while frolicking in the woods with your closest friends? Not much, that’s for sure.

“Ko Ko Bop” gives us all that and more. More being: Chen body rolling, tiny Suho chilling in a washing machine, Xiumin stroking Sehun’s face, all of Kai’s muscles proudly on display, and a fireworks show courtesy of Chanyeol‘s superpower that lights up the screen with colors and energy. There’s also quite a bit of lounging; in cars, in the grass, in an empty bathtub — but I have no objections. The Exo members look pretty damn great just lounging. All these visuals capture the kind of summertime highs that feel perfectly in tune with the tone of the track. The EDM elements of the backing track add a trippy quality that enhances the narrative on screen, as well as the choreography shots. All together, it’s not a groundbreaking package, but a very well executed visual component to the song. 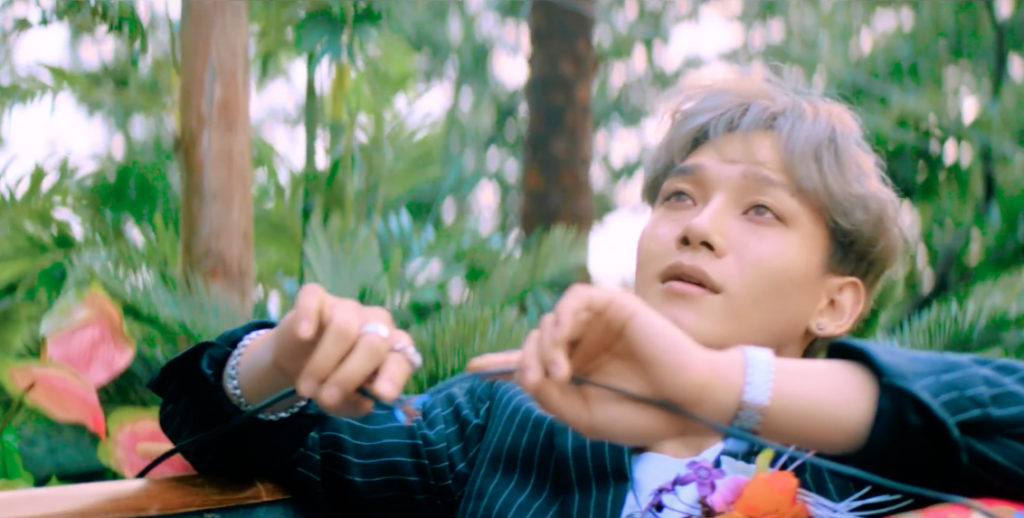 Most impressively, when watching the MV, you can’t see any traces of the rush this comeback was under. It’s edited flawlessly, with the scenes playing between one another like a wild summer trip. Yet, it’s not too fast to the point where the narrative gets lost, like with “Love Me Right.” I think a large part of this success is owed to the fact that SM has finally given up trying to pack too much narrative into in a three minute MV. Instead, for “Ko Ko Bop,” Exo take a step back from try-hard narratives and go for a wild, stoned ride.

By abandoning the intense concepts, SM and Exo have given themselves a chance to truly relax into the material and to make the most of not trying to be overly deep or metaphorical with the release. With the pressure of narrative coolness eased — because, let’s face it, no one thinks mullets are cool — SM gave themselves some much needed space to not take things too seriously. An added bonus with the Exo-stoned-out-of-their-mind approach is that it allowed the member’s powers show up in hallucinations, bringing some sense of continuity between the MV itself and Exo’s larger mythology without forcing it. 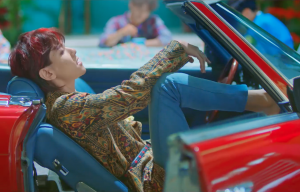 The letting-up of the intense concepts proves to be “Ko Ko Bop”‘s greatest strength. Exo eases into the highs (literally) of summer, with a catchy bop to boot. And all I can say to that is: who needs a captivating narrative when you’ve got quality XiuHun unfolding on the screen?