Exo Wins with "The War" 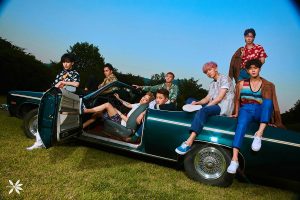 SM is killing it this second half of the year, giving each of their groups a chance to shine with really solid comebacks. Exo, of course, is no exception, as their latest summer album The War is jam packed amazing tracks that will be sure to find places in your favourites playlist.

As always, the group dropped two versions of their mini album — one in Korean and the other in Chinese. Although Lay, the sole Chinese member, will not be featuring in this album nor promoting with the team for this comeback cycle (an issue which raised many eyebrows, but that is a story for another day), SM seems to still want to cater to the Chinese audience, no doubt because the astronomical fanbase there. This is a strategic move as it ensures that Chinese fans stay connected with the group despite THAAD. From a musical perspective, there are actually a few songs that sound better in Chinese for me; something about the softer and smoother tones of the Chinese lyrics round out better than the sharper sounds of the Korean lyrics.

The title, The War, suggests strong, rhythm-heavy, anthem-like tracks, and that is exactly what this album is all about. Although the title track “Ko Ko Bop” starts with a more tropical mood to remind us of the summer season, it quickly transitions into a pulsing chorus with an electronic dance break. From their latest performances, we were not disappointed, with the dance break showing Exo’s well-known uniform choreography complete with intricate moves.

“The Eve”, the other track that the group is promoting, has been extremely well-received by the public, thanks to the hot stage. Like “Ko Ko Bop”, it has more melodic and lyrical verses that are punctuated with a strong, rhythmic chorus. The brief lines of the chorus sung by the entire group only add to the song’s strength, and the electronic counter-melody in between the singing adds a slight twist to the track. “The Eve” presents a darker side of Exo, and it’s addictive in the best way possible. 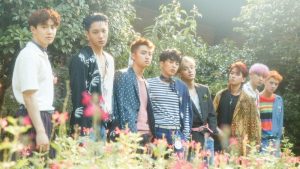 Clearly, two summer anthems are not enough, because Exo has loaded up with more of these tracks, and there really isn’t a better term to describe “What U Do”, “Forever”, and “Diamond” — they are rousing, catchy, and pack a punch. “What U Do” is more in line with the uplifting, tropical mood with their title track, with an upbeat chorus that is heavy with electronic melodies. “Forever”, on the other hand, presents more exciting and mysterious vibes, with sudden harmonic changes in the chorus that adds a dark twist.

“Diamond” moves a little slower: the chromatic buildup towards the chorus which kicks off with a rap section sets it apart from the other tracks off the album, and the pentatonic instrumental line towards the end of the song gives it an East Asian kick. While it is certainly unique, this track can and does run the risk of sounding jarring due to the heavy use of chromatic step intervals as well as lack of harmonic accompaniment and melodic lines, especially during the chorus.

Exo cools down a little with “Touch It”, “Chill”, and “Walk on Memories”. “Touch It” is more a laid-back track with a slight jazzy spin, especially with the high-pitched “Na na na” chorus. “Chill” continues on this laid-back note with added electronic elements and a unique call-and-answer line in the chorus. However, like “Diamond”, there is a slight lack of musical direction especially with the melodic lines, which makes the track sound disjointed at times. Finally, there is “Walk on Memories”, which is perhaps the only melancholic song off the entire album. It is my personal favourite; I love how the climax doesn’t rise in pitch like most other tracks, instead, it moves down down in pitch, creating musical interest. Typically, moving down in pitch can put the song in danger of losing momentum and excitement, but the amazing ad libs (I hear you, Chen!) prevents this from happening.

To round off their album, Exo goes crazy with “Going Crazy”. To be honest, it is reminiscent of Red Velvet’s “Zoo” off their latest album The Red Summer because of the mix of unique sounds — the opening is reminiscent of the iPhone xylophone ringtone, and there are also quick scale runs, bell tones, and robot-like motifs. It’s a crazy mix of sounds that shouldn’t work, but somehow does, and this is perhaps due to the simpler, more repetitive, melodic lines that tone down the craziness of the track. 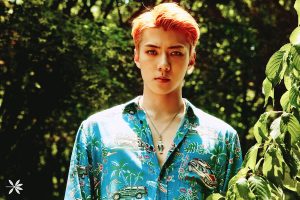 The album has strong themes of pop and electronic genres, which are fitting for the summer season (and of SM’s love for electronic music). Each of the songs are super public-friendly, and one can easily imagine the stores in Seoul blasting these (they probably are already).

All of these tracks are clear summer anthem hits, and even though Exo finds cohesion in the electronic genre, there is great diversity between the songs melodically, harmonically, and instrumentally, so that any boredom is avoided. Moreover, The War is different from their previous works and displays musical maturation and development.

As for any qualms that anybody may have about Exo losing their touch, this album puts them to absolute rest. They broke records for pre-sales, they have lined the charts, and they have shown musical growth. More importantly, they seem happy to be promoting their latest album, which is more than what any fan could ask for. I, along with many others, had sky-high expectations for their comeback, and Exo delivered beautifully with a hot summer album filled with fantastic jams. They have truly won The War.