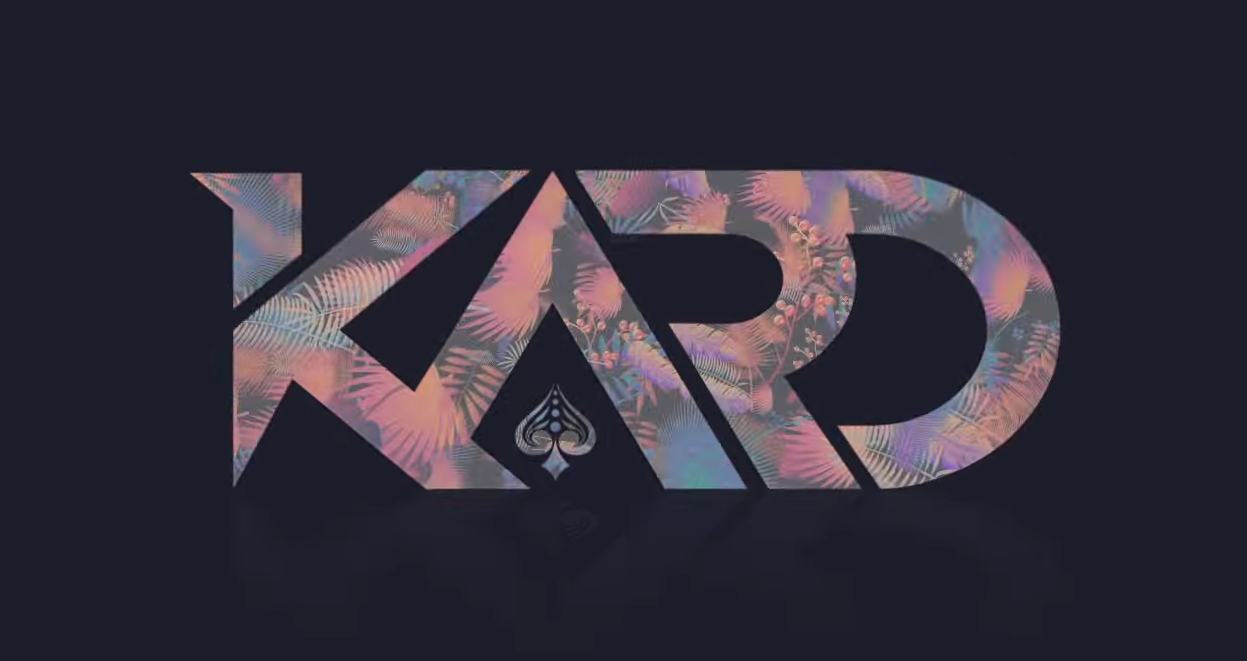 KARD has amassed a wide international fanbase, with the MV for their recent release, “Hola Hola,” reaching 5 million views in less than two days on YouTube. At the moment, “Hola Hola” takes the crown of most-viewed debut K-pop MV in its first 24 hours. They finished a half year tour throughout North and South America, and will be returning to the U.S in August for KCON 2017. Receiving love from the opposite end of the globe, the co-ed group’s success continues to peak. Yet, reaching out to an international audience is a rough journey filled with language and cultural obstacles.

International fans went into an angry uproar on twitter after KARD’s appearance on Brazilian variety show Turma Do Vovo Raul. This was not due to KARD’s behaviour – the group being polite despite the language barrier – but a consequence of host’s racist behaviour and remarks towards them. During the interview, members were asked a series of questions regarding dating, of which they clarified that none of them were in any romantic relationships at the moment. The answer was received enthusiastically by the audience, and the host jumped on the opportunity to make a joke:

“Are you going to marry them? You would have to stretch your eyes. Are you guys kidding?”

The host raised such questions while making a slant-eyed gesture. The gesture itself has often been used as a means of mocking Asians, playing on the stereotype of “slant-eyed Asians.” 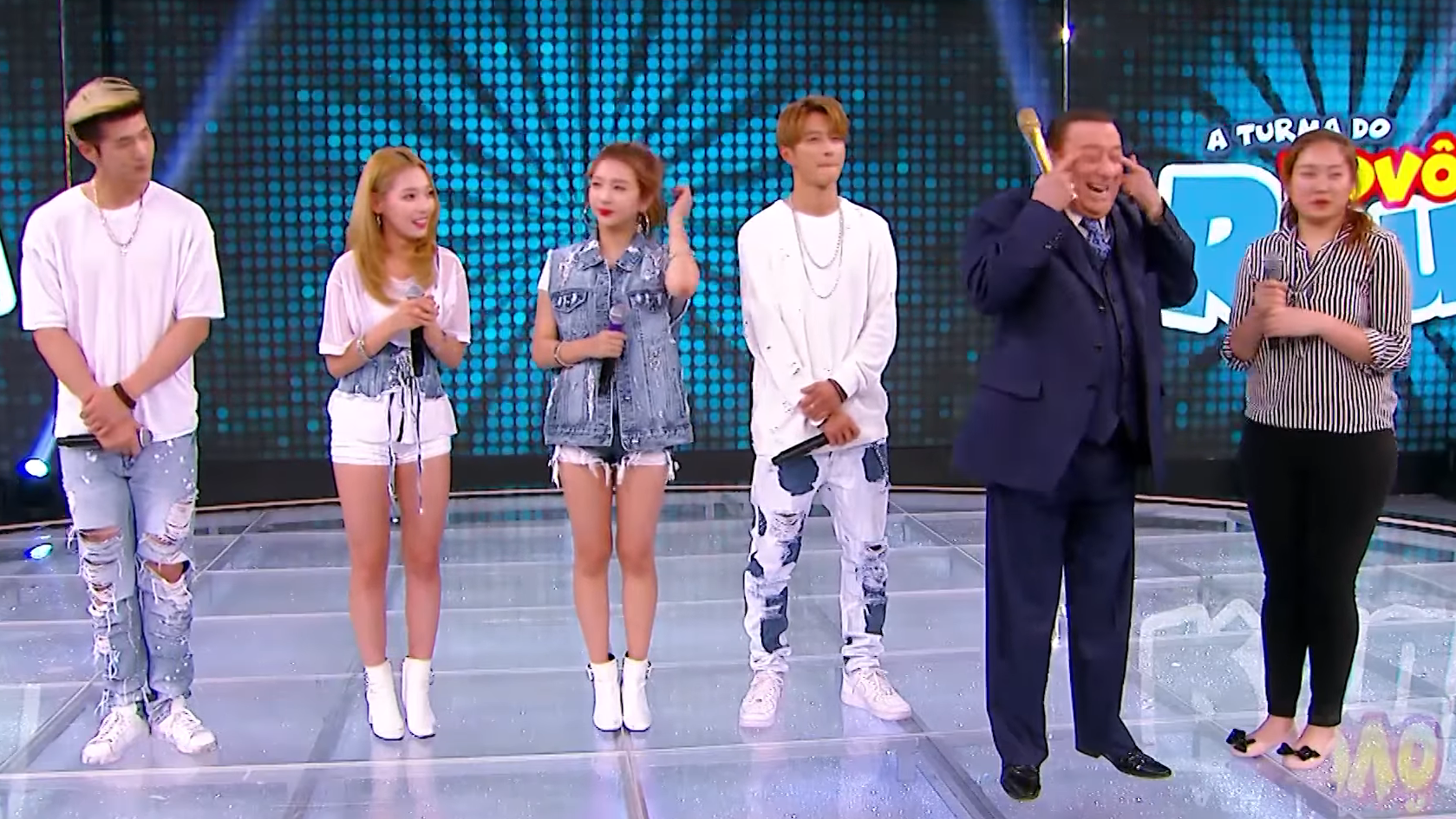 At the root of such a stereotype and discrimination is the idea of a Yellow Peril. Borne from the fear of being conquered by a rising Asia in the late 19th Century, discriminatory portrayals of Asians were escalated – visually concretised perhaps – during World War II. As political cartoons caricatured the Japanese as subhuman and treacherous, the exaggeration of slanted-eyes found its way into the minds of the Western world. Attached to such negative portrayals was the stereotype that all Asians looked the same, extending and imposing what we have today as “slant-eyed Asians” to a large majority of Asians.

The host’s racist behaviour might have merely been intended as a joke, but they should not be overlooked easily. His comments were likely made to tease the audience for their overwhelming response, implying that they were incompatible with K.A.R.D due to a difference in race. However, his simple comment is one that reveals a deeply ingrained racism – especially so when the audience laughs along with him. Race is not merely defined by appearance, and should not be a barrier preventing social connection in any way. For him to raise the notion of race, which he conveniently generalises through a stereotype, as an impenetrable segregation between two cultures is deeply troubling. Having him go to the extent of acting out his discrimination as a mockery is a fundamentally demeaning gesture. 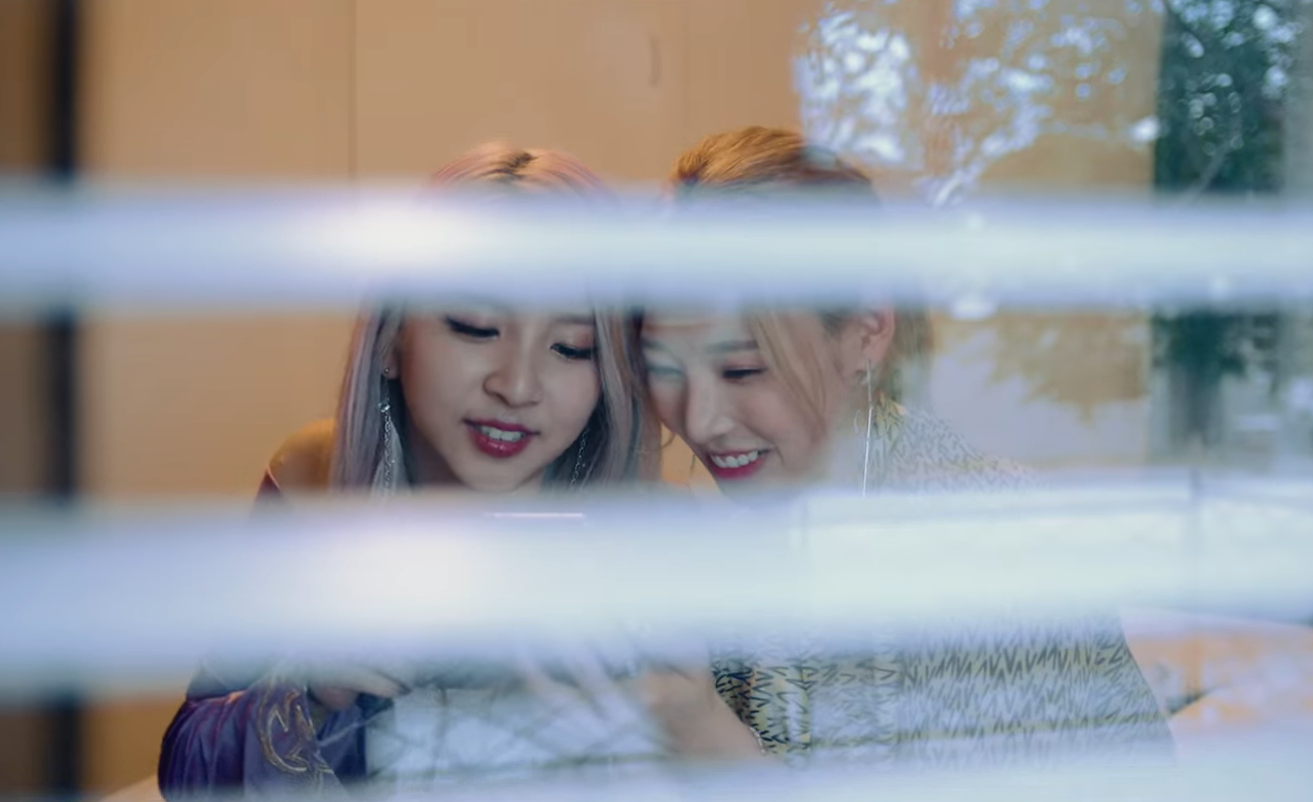 What makes matters even more problematic is the language barrier preventing KARD from responding towards such racism. KARD seems to be left almost clueless to the mockery and the racism is unaddressed. As much as I would like to believe in the progressiveness of the 21st Century and the ability for hosts to respect their guests, the treatment KARD had to face is disappointing.

Though it is heartening to see fans stand up for KARD on Twitter as they vehemently point out the issue, the matter has sparked another wave of vehement protests. Twitter exploded with #doyouwantkorea in response to the accusations of racism made by netizens. Tweets were mostly angry at the generalisations  and demeaning comments made towards Brazilians as a whole based on the behaviour of one man. In these tweets were mentions of Korean’s own forms of racism with “Blackface” and the double standards thus exposed.

However, the uproar on Twitter pointing fingers at each other for being racist is childish and resolves nothing. Drawing links to South Korea’s own portrayal of “Blackface” and the backlash it is receiving from the international audience, the controversy surrounding the treatment of KARD is a mirror of a similar form of racism. Just because “Blackface” is a problem does not mean we overlook the racism against KARD – they too are victims in this affair. Pointing out double standards does not give a free-way pass to hurl insults in retaliation. Rather, both sides have to learn to rectify their misconceptions.

As countries receive talented performers like KARD, they have the responsibility to treat their guests as good hosts. Agreeably, this time it was a mistake committed largely by one uninformed person. I believe it is not right to generalise a country based on the actions of an individual. On the other hand, it reveals how responses to racism can often be heated, where offensive and hurtful words are thrown about in supposed defense. 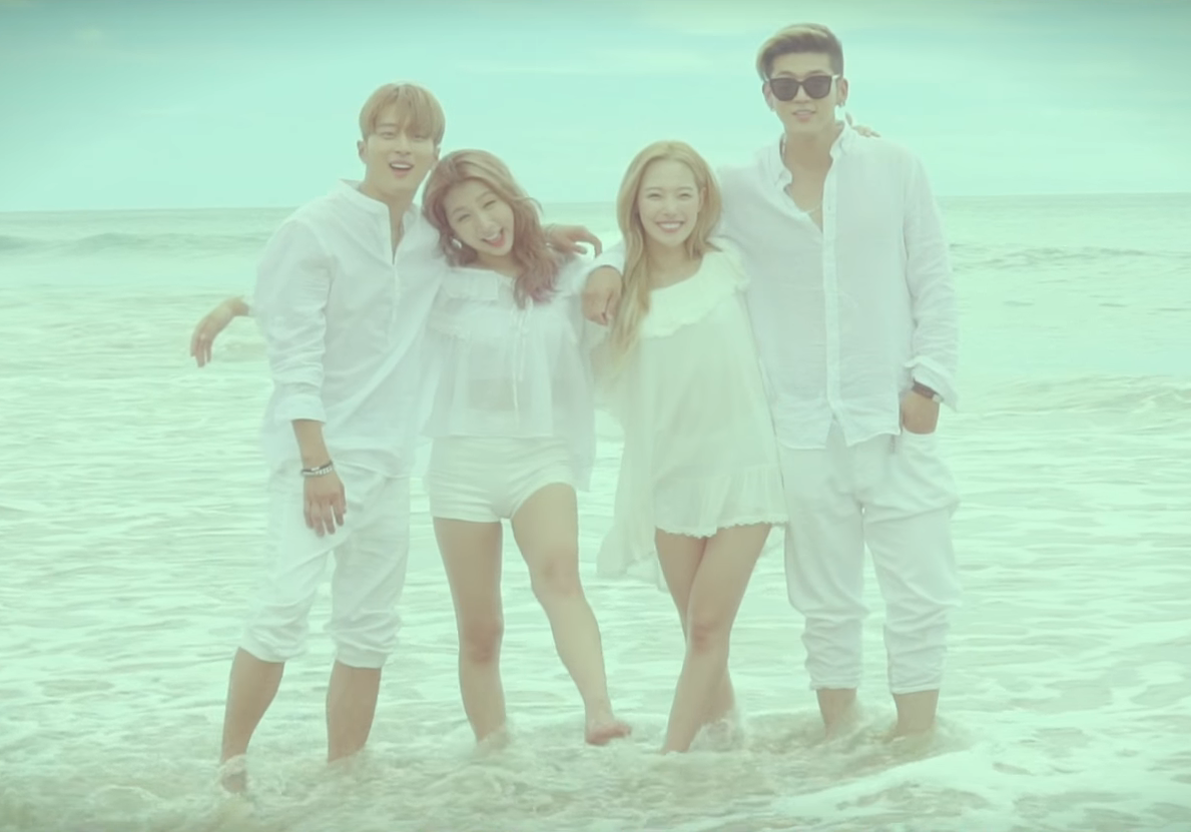 The Hallyu wave provides a window into making such progress in better understanding between cultures. However, if we continue to yell and shove each other for our mistakes, the gap will only widen. There is nothing problematic about pointing out the racism KARD has faced because it is an issue that needs to be addressed. Ultimately, wave after wave of retaliation reveals how poorly managed racism is by many individuals, especially with the freedom of speech on the internet. No one form of racism is more forgivable than another. The anger channelled from both ends in this whole matter merely exposes the cultural gap between both sides of the globe that still has a long way to be bridged despite how far we tell ourselves we have come.