EXO's Holiday EP is a Miracle in December 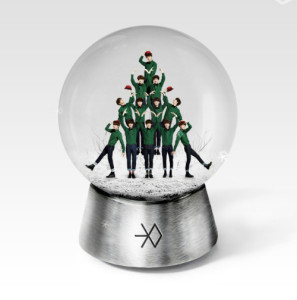 If there is one thing that EXO has proved, it’s that their b-sides are often infinitely better than their promoted singles. For example, the majority of the “XOXO” album was pure gold, despite the dire start with “Wolf.”

“Miracles in December,” however, is different in that the title track is actually just as wonderful as the rest of the songs – actually, it’s more wonderful than all of the other songs. This may only be a money-grubbing, marketing-stunt Christmas EP, but they did one hell of a job with it. Holiday season aside, this would be amazing even for a regular EP; substitute all of the holiday words in the lyrics and you’ve got a selection of emotional, sexy, and fun songs for any time of any day during any season.

As a whole, the EP has a good flow. There is nothing worse than listening to an album that has songs in an order that feels jarring as you listen to them. Luckily, “Miracles in December” starts out on a strong –but sad — note and slowly works its way up to a peak of higher energy and happier tone in the middle of the EP, before descending again towards sweeter and slower songs. The melodies stays fairly low energy for the entire five tracks – this isn’t a dance EP after all – which helps the whole thing feel cohesive instead of choppy, which happens with some albums when they are jumping from techno, to ballads, to love songs and back again. 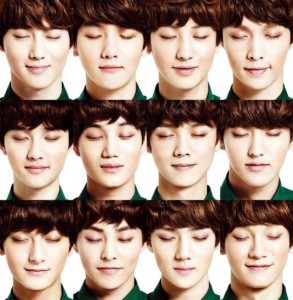 As for the album — you may be tired of hearing about it by now, but the title track “Miracles in December” really does deserve all of the hype it’s getting. Ballads are one of the most difficult genres of songs to pull off without ending up with something boring or generic. So many times the ballad tracks are the ones that get skipped on boy group albums, but not this time.

“Miracles in December” just builds and builds throughout its duration, getting better and better as it goes on. The simple piano at the beginning ensnares the listener and the amazing vocals and melody composition keep them there. The harmonization toward the middle to the end is a thing of beauty as well, and you can really hear how well these three vocalists work together. This is the perfect sad song, on par with some of 2AM’s work, so even if the rest of the EP had been terrible this song would have carried it.

“Christmas Day” starts out with that slow, sexy beat that was is so appealing about songs like “Growl” and TVXQ’s “Before You Go,” but the chorus of the song switches into a more sweet feeling. Telling a girl she is “just like Christmas day” is obviously supposed to be a romantic compliment, and in some ways it is. Christmas day elicits many feelings of excitement, joy, and anticipation — especially when you are young — and likewise it would be good to associate those emotions with a significant other. The song itself is slow moving, but it has a continuous groove that keeps it from falling flat. Although I would have preferred they stick with the sexy beat, the gentleness of the chorus is just as nice in its own way. 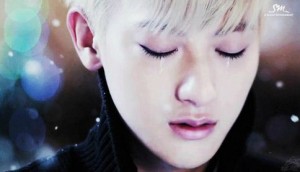 As the energy picks up, we get the song “The Star.” Despite some skepticism about holiday rapping, I found this song to be surprisingly fun with its retro funky beat and “la, la, la” background vocals. The English rapping is still comical — when will SM Entertainment learn — but it has improved since the buffalo days of yore.

Chanyeol’s rap-singing is also surprisingly appealing in this song and fits perfectly with the overall medium tempo but high energy tone of the song. It almost has a 1970’s feel to it, but the beat changes around so much that it is difficult to pin a time frame on why exactly the song sounds retro. Although this isn’t a particularly Christmassy song, it is a good addition to the EP and gives the non-vocalists a chance to shine.

“My Turn to Cry” is a lilting, melancholy song that utilizes the sweeter side of EXO’s vocals as opposed to the power vocals demonstrated in “Miracles in December.” There are twinkling winter effect noises and a choir of men crooning in the background, giving it both a distinctly holiday feel and a distinctly boy band feel. Within the overall pleasantness of the song, the break-down three-fourths of the way through is particularly worth mentioning. The pause it creates in the song is a nice deviation from the melody and allows for a set of lovely swooping vocal “oooo’s.” Although it isn’t the most original song, it is pleasurable to listen to, suitably emotion inducing, and has enough little special moments to make it a good song overall. 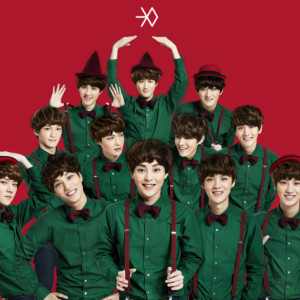 The final track on the EP is “The First Snow.” The audio for this song sounds a little corny at first, but once the bridge and chorus start in it becomes addicting. Yes, it is very clearly about Christmas – the jingle bells are a dead give-away — but that doesn’t stop the melody from being a perfect pop-ballad.

This is the kind of song that doesn’t require a great deal of depth because that isn’t its purpose. This is a cute, feel-good, boy band song and it is unapologetic about that, which is what makes this song so good; it is committed to its concept. The simplicity of the melody, the catchy chorus, and the holiday back-track come together to create the epitome of a pop Christmas song.

This is a solid EP from EXO, especially considering that they planned all of the songs around the theme of Christmas. If SM Entertainment continues to give EXO songs of this quality, and of the quality in “XOXO,” for their albums then they will truly become one of the most successful boy groups out there. Putting this much effort into a simple holiday promotion just goes to show how far the company, and group, are willing to go for recognition. You won’t hear any complaints from this listener though, no matter what SM’s motives, because “Miracles in December” will be on repeat in my house for the rest of the season.