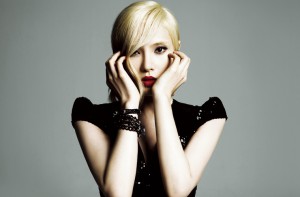 Gummy has returned with her latest Korean mini-album I Loved… Have No Regrets after a long four-year wait, following her move from YG Entertainment to C-JeS Entertainment last October. In a recent interview with Newsen, the songstress opened up about her decision to leave YG after her contract expired last summer.

Although Gummy was careful to emphasise that the separation was hardly acrimonious and that they did not “part in a bad way,” she made it clear that it was “natural” for her to make the decision to move on from the agency where she has been working since debut. The reason for her departure being that the rapid and recent expansion in YG’s roster of artists, as well as the lack of albums she released despite having made two albums at YG, have left her little room for musical and artistic growth.

“YG Entertainment” has become synonymous with “erratic scheduling” in recent years, and fans more or less know to take any announcement of album releases with a rather large pinch of salt; in fact, unless the album is actually released, have the saltshaker ready. As Gummy says, “YG is not a style of company that releases albums very often”— in fact, it is apparently company policy that “albums are only released when there are good songs.”

It’s not that YG has been sitting around twiddling their thumbs either, in between the sparse album releases— arguably, YG has made an art out of producing studio versions and DVDs of concerts (in multiple versions), photobooks, and merchandise, while all the while promising a comeback here and there. Of course there’s nothing wrong with all that (although my bank account might disagree) or even with giving the various artists time to develop their releases to their full potential. Given YG’s emphasis on releases such as those by Big Bang, Akdong Musician and so on which are largely self-composed and self-produced, or at least worked on in close collaboration with in-house producers such as Teddy for groups like 2NE1, choosing quality over quantity sounds great, both literally and figuratively.

However, while YG releases are generally solid, the long unexplained delays hardly do them any favours. In an industry as fast-paced as K-pop, where groups on average have a “comeback” every six months or so, longer if they are more established, it is amazing that YG as it is has become one of the biggest entertainment companies associated with idol acts in K-pop, especially considering that idol groups-wise, its roster until recently was limited to Big Bang and 2NE1. This might be an argument in favour of quality over quantity, however, as well as the other intangible aspects of YG and its artists that differentiate them from everyone else, as a contributing factor to its success. Reading interviews such as this one with Taeyang on his latest album Rise makes one appreciate the thought that went into considering old and new musical directions, composing songs, and eventually choosing them for the album; on the other hand, this level of self-reflection is hard to find in releases where the artists hardly stop to take a break in between comebacks.

Thus, while as a fan of YG’s releases it is highly irritating to have one’s expectations for a timely album release dashed again and again, the keystone in YG’s album release philosophy— the assurance of quality, or at least a solid effort— is what keeps fans eager for new music, which might in turn also contribute to YG’s rubber-band scheduling, secure as they are in the knowledge that fans would still anticipate releases. Considering that an alternative are companies and artists rushing to release hastily-cobbled together albums, or worse, releasing less-than-stellar music knowing that fans would eat it up anyway, YG’s dilly-dallying approach to album releases is the lesser of two evils.

Also, on hindsight, despite the flak YG gets for the non-existent yet to debut girl group, the continuous delays of Winner’s debut (now actually happening!) and various delays, the first half of 2014 has actually seen a relatively steady stream of YG album releases, from 2NE1 to Akdong Musician to Taeyang, with a promised upcoming Winner album and PSY single. However, with the “YG Family World Tour 2014” which is slated to kick off in Seoul in August and the various side releases bound to happen, it will be a miracle if Big Bang actually have a comeback in August as initially mentioned at the beginning of the year. 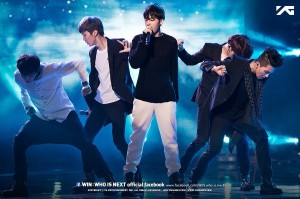 The intricacies of scheduling an entire company’s roster of artists to have their respective comebacks and adequate promotions periods, on top of accommodating solo projects, acting schedules, live concerts and the other work schedules that comprise an artist’s life, is undoubtedly difficult. In the case for YG, the rapid expansion in roster recently might contribute to the chaos of this transition period as the company grows to accommodate its new artists. Going back to Gummy, with her and Se7en‘s departure, the musician roster at YG today is markedly different from the one just 3 years ago at its 15th anniversary concert. With the newer artists needing time to develop their own albums, and the veteran ones contemplating their need for musical growth, the wait for constant album releases from a particular artist or group will be a long one. Hopefully, the wait will be a worthwhile one.