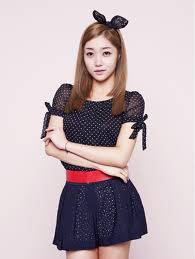 So, there’s a bit of a good news, bad news thing for MINEs. The good news is, 9Muses have confirmed a comeback for August. Bad news is it will be without Sera, the main vocalist.

The word from Star Empire is that her contract is expiring before the comeback and she has chosen not to renew. Her departure is the 6th since 9Muses’ debut, and comes on the heels of the departures of Lee Sem  and Eunji. This does not bode particularly well for 9Muse’s future, as those three members were widely regarded as the best singers and rappers. Their absence will most assuredly leave a huge impact on the group.

Sera will be replaced before August comeback, but whoever the new muse is has very large pipes to fill. What do you think readers? Is 9Muses turnover rate starting to unnerve you a bit?

In the meantime, here is Sera’s self-composed song for 9Muses fans, “Mine.”