Tahiti Declares "Oppa, You're Mine" 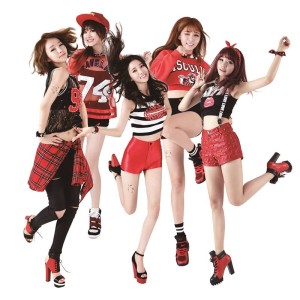 After taking an almost year-long break, Tahiti has recently made their comeback. With a cutely sexy concept, Tahiti is declaring “Oppa, You’re Mine.”

From the phrase “Oppa, you’re mine,” images of aegyo-riddled nonsense fills one’s mind. I was all prepared to blast the MV for being another typical girl group MV when first hearing the title. Tahiti does avoid the outright aegyo, and they also switch between the cute and sexy behavior. The group uses cute nonsense but not without issues.

While Dreamstar Entertainment states that Tahiti has become more of a “sexy alpha girl,” it’s hard to really believe that. Crazy and weird? Yes. But sexy alpha? Not so much. Kidnapping a man and doing strange things to him aren’t so much as being an “alpha” as much as seeming like you belong in the Misery movie.

The MV seems more like a revenge plot more than a profession of love. Making treats with poison is the first indicator of sketchiness. The kidnapping, as mentioned above, makes things even stranger. The result isn’t simply a change of clothing: it’s the complete change of the actual man. Initially, it’s Jinwoon of 2AM. Then it’s Han Min-kwan who becomes the victim of Tahiti’s “torture.”

This torture of Han Min-kwan was a bit comical, save the poisoned food. They dress him in outlandish clothing, tease him with a whip, and put makeup on his face. It almost seems like he actually begins to enjoy it. At the end, his eyes seem to shine as he dances stupidly for the girls’ camera.

Then there’s the mysterious, profiled man. What exactly is his purpose? Perhaps it could be argued that he’s the representative “oppa,” meaning a proxy for all the male fans. Regardless, the darkness of his scenes does not really suit the overall brightness of the other scenes. 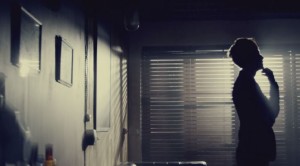 As to the brightness of the MV, scenes where the girls are plotting and generally hanging out were very colorful but a bit crowded. There is paraphernalia of different things everywhere in the room. Also, who puts records on the ceiling?

From jumping on a trampoline while air boxing to pretending to play guitar, the girls are involved in random acts that seem to have little to do with the plot. This would be okay if there wasn’t a loose plot actually happening in the MV. The kitchen scenes are the exception since that’s where the poison goodies are made.

With the dance scenes, we get to see the tiptoeing of the sexy-cute line. While not overly sexy, some movements and their outfits are tantalizing, such as the butt-shaking and thumb-to-lips move that is common nowadays. There’s also a leg-raise by Ari is completely out of place. However, at least they aren’t all in miniskirts and hot-pants that seem to have become the norm.

As for the music and vocals, “Oppa, You’re Mine” sounds like a typical pop track: upbeat but essentially all electronic-produced instrumentation. There is nothing special about the song in that regard. The sing-song “rap” is also awkward. In such a situation, it would be better to either just sing or have someone else “rap” the part. Other than this, the vocals are pretty solid, particularly from new member, Jerry.

The lyrics may raise an eyebrow or two:

The chorus goes from sounding ridiculous to more mature. Tahiti is definitely taking a womanly stance on their affection for “oppa.” “Oppa, You’re Mine” seems to be borderline obsessive, which was reflected a bit in the MV. The girls are only focused on this one guy despite all the flaws, to the point where they seem to actually possess the man.

That’s pretty problematic. Just as a guy expressing possessive love toward someone is generally frowned upon, it should be the same in the opposite situation. Yes, when in love your judgment is sometimes clouded, and you can be blinded to things, but calling “dibs” on that person is a bit extreme. The songwriters could have found a less creepy way to express their affection. However, at least it’s not immaturely sweet, puppy-love content. 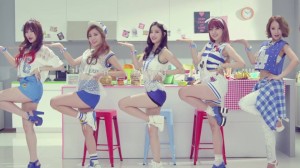 Despite the lyrical issue, “Oppa, You’re Mine” is a good enough track that audiences could find rather catchy. The MV isn’t likely to be bound for the pile of stereotypical girl group MVs. However, there is still a bit to be desired.

After another line-up change with new member Jerry, it remains to be seen where exactly Tahiti is heading. Each song gets progressively better, so they are on the right track.