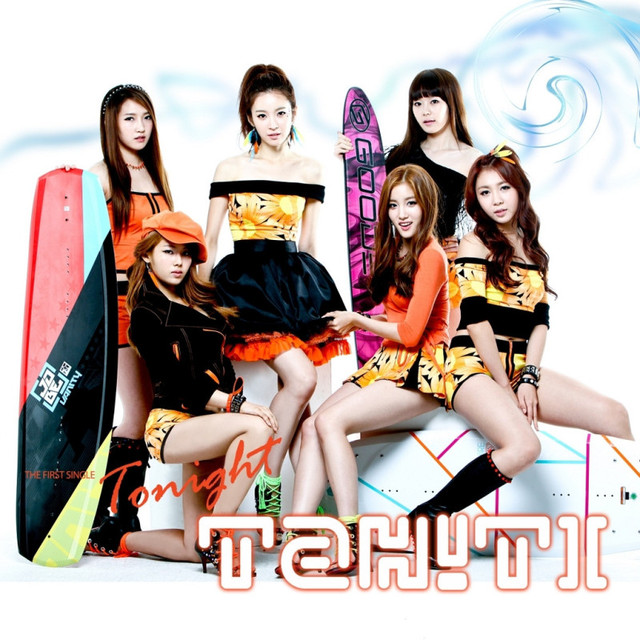 Earlier this summer, Dream Star Entertainment debuted their six member girl group TAHITI, but this nugu act didn’t quite hit it off with their first title track “Tonight.” After virtually falling off the radar for their mediocre, over-Autotuned sound, and a Gee-esque MV, the group was anything but a standout. Despite the hype through their Ta-Dah It’s TAHITI show, these six girls fell flat the moment they hit the stage, and subsequently fell apart before they could even make this comeback. In the months since their debut, TAHITI lost members EJ, Ye-eun, and Dasom.

But this time around, TAHITI isn’t so boring. With three new members and a catchy new jingle, this comeback is more like another debut and a shot at real redemption. TAHITI trades in their pretty girl get up for a fresh and edgy makeover for their feisty new track “Hasta Luego.” Get to know these girls like you’ve never before–because you’ve actually never seen most of them anyways.

This MV, thank God, bears no resemblance to the  haphazard madness of “Tonight,” TAHITI’s first MV. Instead, “Hasta Luego” is an MV with a little more structure and a solid presentation, and while it isn’t blindingly original, this MV is still an entertaining watch. 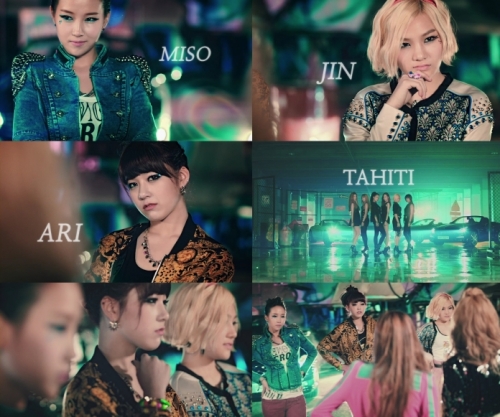 There are four main sets–the couch, the cars, the warehouse, and the rooftop. Of course, we immediately get the impression that this is a dance number, and know the backdrops are just there for the ambience–there is no lingering story or whisperings of alternative meaning. This allows the focus to be primarily on the girls and their performance, which is actually rather impressive.

I had a particular appreciation for the wardrobe in this MV–the outfits were flattering and flirty, and also did their part in differentiating the members, as and when appropriate. This is the first time I was able to actually tell them apart, so I take it that that was a good move. I also adore the hints of pink here and there, which added a feminine touch to this fierce number.

The song itself can be grating at some parts, but overall it’s fairly catchy. The addition of new vocals made the group’s pitch a little deeper, giving them a heartier sound at the core of their dynamic. The girls themselves also did fairly well in their presentation of the production, and I could feel a different, more lively energy that I hadn’t sensed before. Though I won’t say the choreography was my favorite, I thought it was cute and matched the song well enough for this MV to be worth my time.

All in all, TAHITI channels a bit of 4Minute fused with a little T-ara, but the vibes are all good and they seem headed in better direction. After a rough start on the pop scene, TAHITI seems to have pulled themselves by the bootstraps to present their new sound with new pride. But how do you think they stack up this time Seoulmates?