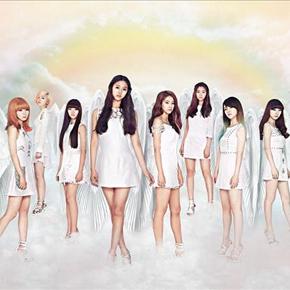 In the first half of the year, I did a article covering some of the acts worth watching, and since then, other writers have come out in support of the rookies which have come to be affectionately known as Nugus.

Since then, the debut wave has not shown any sign of slowing down. In fact, three new groups (where there is usually just one or two) debuted on Music Bank in the week immediately after the Olympics.

While some of the debuts have been covered in other articles, there are some that have completely slipped through the radar. Here are impressions of two female groups after seeing them on music shows.

Debuting with Dream Tea Entertainment (the same people that brought us the ultimate love-hates Girl’s Day), these duo seem to be the company’s attempt to muscle in on the pretty female duo with great singing voices, which seems to be dominated by Davichi, and… Davichi.

Their song “I’ll Love” starts off pretty nicely, and the girls are certainly able to sing. Throw in some decent rapping by label mate Yura, and it sounds like a hit on paper. Except that…

The chorus really lets the side down. For one, minimal instrumentation paired with really strong vocals does make for an overly powering listen. While this could be justified as trying to showcase their vocal abilities, it also does mean that the song tends to sound like it’s trying to impress, rather than just flowing smoothly in the style of a typical Davichi single.

Vocal mixing has not been a Dream Tea Entertainment strong point, as shown by how a Girl’s Day single tends to sound whiny, given their obsession with making each girl sing in far higher octaves than their own voices. It would seem like a shame to downplay perfectly good voices for production shortcomings, and hopefully the second release could change for the better.

Billed as the girl group with the members having low average heights (at 153cm), but stage presence that says otherwise, as well as impressive B-Boying skills. Well, at least that was what the press blurb promised.

Happily, they do live up to that promise with a rather impressive stage comprising of some tough choreography more associated with male acts. It also did help that image wise, they did look the part of a dance heavy, less girlish act, with costumes that more resembled attires worn for dance practice.

The image and impressive stage presence did go some way towards compensating for their eponymously titled debut song, which appeared to be composed by some rather generic beats and at times was largely carried along by the singing.

Still, from the number of successful acts that manage to breathe life into dull singles, one should not possibly bet against their success.

Some other groups worth mentioning:

While these groups have been reviewed in other articles, it’s worth revisiting them, in light of how seeing a live performance or two of them could probably change impressions.

Unfortunately, changed impressions were not to be had with Tahiti, which Maria called one of the poorer debuts of the year. All of the criticisms that she had with the song “Tonight” were sadly also to be found in the live performances, where the song was largely made up of annoying synths, breathy vocals and repetitive phrases that got boring after a while.

The worst thing though, was how the song seemed to be mixed in such a way that it either exposed the members inability to sing, or it really made everybody on the track sound bad. Ideally, a solo performance would have helped in determining this.

On the other hand, seeing this live performance of AOA’s “Elvis”,  did change my impressions of them for the better. While the song still sounds like a mix-up of at least three to four different samples, the whole jamming with instruments on stage proved more fun to watch, as well as providing the group with a rather unique selling point – girls which can play instruments, and are not afraid to use them on stage. The fact that the instrumental stage ended up making the standard performance look typical probably proved that the instrument playing was a concept worth sticking to.

Summing up, while debut acts do have their flaws, and that there might be too many of them these days, there is always something about the potential that they have, as well as the boldness in what they do that still keeps one watching out for them. Plus, it is  always fun to root for the underdogs, as well as catch on good stuff before it becomes an open secret.

So Seoulmates, have there been any rookies that you have taken an interest in?