In what could be one of the more shocking news of the month, SM Entertainment’s subsidiary SM Culture and Contents (SM C&C)  (which houses talents like Shin Dong-yup and Kang Ho-dong) has announced a merger with Woollim Entertainment. In a statement made by Woollim Entertainment, for most intents and purposes will continue to run as an independent entity known as “Woollim Label.”

The only changes known so far would be in the areas of record distribution overseas, and what SM Entertainment terms as “miscellaneous business,” which would be handled by SM Entertainment.

The benefits claimed in this merger featured the usual corporate buzz words of “added synergy with SM subsidiaries” and “a stepping stone to the growth of SM Entertainment”, in terms of global music originating from Asia.

The only thing certain about this though, is that it all seems to invite a load of speculation online about how much of that “Woollim spirit” would survive post takeover (oops, I meant merger).

After all, Woollim Entertainment was known for cutting its teeth with indie acts that got big with time, such as Nell and Epik High, before going into the idol group industry with Infinite. And even then, Infinite at times were also known as the rookies that seemed to punch above their weight, with a sophistication to their songs and performances that made them seem less like rookies.

One might suspect that SM Entertainment might have chosen a merger in this case to learn a bit from how Woollim produces their acts to get far more from their money. How things move on from here though, is very much open to speculation, as a worrying thought would be how SM Entertainment could just easily kill off Woollim after they have gotten what they wanted from it. 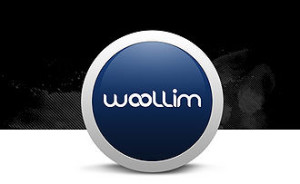 In the shorter term, there are also worries about how Infinite might lose what made them special (the fact that they were the act from a small company that made good), or even rumblings from fans that SM Entertainment, instead of choosing to develop the acts under their own roster, would rather go out and buy an established act to work on.

And come to think of it, I also did hear some mutterings about anti-competition practices somewhere…

The arguments about the current state of K-pop being too unsustainable, what with too many small companies all fighting for the same share of the pie, aside,  competition is at times a good thing, and sometimes leads to companies producing a higher standard of pop group than expected (see Infinite).

Still, that is just looking at the negative side of things. Some positives that could emerge from it would be how Infinite might be allowed to grow out from here. Being backed by a bigger label might now allow them to explore possibilities that could take them to another level, such as an increase in endorsement deals, or possibly heightened distribution reach, whether regional or international. 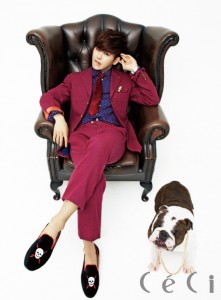 Also, given how Infinite’s popularity seems rather close to that of some of the Big 3 acts, it would be nice for their fandom to enjoy some of the benefits that Big 3 Management and Ideas might bring. For one, larger scale international concerts, or bigger fan events, or better planned promotional activities. Of course with any fandom that big, there is always the danger of fanwars getting out of control.

Even the argument on competition could also be viewed in a positive way. Instead of having companies fight to the death on market share, they could be seen as sharing resources to take K-pop further beyond the local stage, and into the regional/international areas.

Lastly, on a lighter note: if the synergy is complete, we might actually get really interesting musical pairings such as Tiffany & Hoya, or have not so much SMTown, but SMGalaxy/SMUniverse, where the whole thing is a four hour extravaganza of everybody in SM Entertainment, even down to the comedians and actors.

Let’s just see how this merger goes first though, and whether it comes in closer to Harry and Sally, or end up along the likes of Taylor and Burton.

Readers, let us know your thoughts below.