Block B is Going to Court 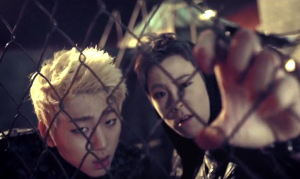 Block B just can’t catch a break. After controversy after controversy, the band is back in the spotlight, this time for filing a lawsuit to end their contracts with their label Stardom Entertainment. Considering it’s pretty much unheard of for rookies to sue their labels, much less as a united group (versus individuals leaving/disbanding), it must have taken all of them a lot to reach this point less than two years into their career. So let’s take a look at these allegations, shall we?

According to Block B’s lawsuit, the company was supposed to pay them monthly since they signed their exclusive contract, but Block B hasn’t been paid once since April 2011. The wording is a bit iffy because it says “nearly one year” since April 2011 even though April 2011 was over a year go, but the point is that they never got anything back from the effort they put into performances, promotions, and the albums they themselves wrote. In fact, according to Block B, event appearances, OST recordings, fanclub activities, and more have not been calculated as part of their pay. On top of that, the Stardom CEO even scammed their parents $70,000 that he said would be used for “promotion and production costs” but in reality just disappeared. 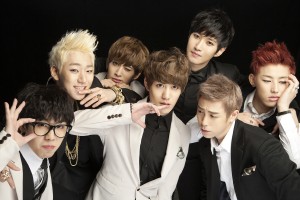 According to Stardom: All of Block B’s profits have been paid to them, and they had agreed with the company to switch to a different payment cycle. Block B’s contract said the company would pay them monthly when they gained a profit, but since Block B  allegedly did not generate any profit after the first six months after debut, Stardom was unable to pay them. In addition, Stardom claims that the person who swindled the money from their parents was actually just a manager posing as a CEO who did everything without Stardom’s knowledge/approval. Also, Stardom adds that Block B has expressed dissatisfaction with their lack of broadcasting, and that their current decision to terminate their contract is being influenced by an outside source. But Stardom is still willing to come to an agreement/clear up misunderstandings with Block B. 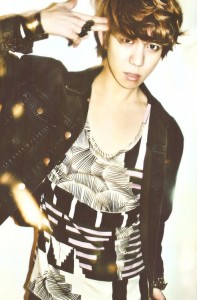 Block B’s response: Immediately after Stardom released its statement, Block B responded with their official position in which they say that the ‘CEO’s’ scamming was sanctioned by Stardom, that the agreements to a different payment cycle and the dissatisfaction at lack of broadcasting were false, and the idea of someone else “pulling the strings” behind their lawsuit was just an attempt to discredit Block B and the decision they thoroughly thought over. According to Block B, Stardom is purposefully trying to dupe the public, and “the real truth will all be revealed in court.”

So now the shots have been fired, and as you can tell from Block B’s quick response to Stardom, the boys mean serious business. If all the allegations are true (including the disappearing of company money), then on top of not getting paid the income they definitely generated, the members probably had to pay for a lot of stuff from their own pocket – netizens are already saying that they paid for their rent, stylists, and other expenses, and P.O. even paid for their stage outfits. To think that Block B worked through crappiest year and still managed to release some great music and carry on promotions, but didn’t get compensated for any of that, is disappointing if not downright infuriating. Brings a whole new meaning to Zico’s $7 statement back in February.

We’ll be discussing this more at our upcoming roundtable, but for now what do you guys think? What are your reactions to the news, and where do you think Block B is headed from here?