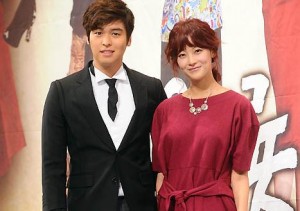 Another day, another year, and yet another dating scandal. Looks like another supposed couple has attracted the attention of the public as dating rumors of Oh Yeon-seo and her Oh Ja-Ryong is Coming co-star Lee Jang-woo have been rapidly spreading.

And admittedly, Yeon-seo’s own company Well Made Star M helped spread these rumors through their rash and unprofessional attempts at damage control. At first, to get a quick response to the curious and pressing public, the company thoughtlessly confirmed the relationship, later correcting themselves in their official statement. In their amendment, the company suggested the couple was only in their starting phases, and it was much too soon to call them official yet the potential of them continuing was not out of the question. However, just recently, their retracted their words again, confirming Lee Jang-woo and Oh Yeon-seo were not dating after finally consulting with her for confirmations. 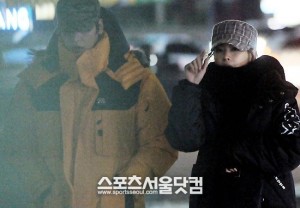 In general, celebrity dating rumors are serious business, as previous scandals can attest. While I’m a firm believer even idols have the right to date publicly, the damage and controversy a dating rumor cannot be denied.

However, this rumor is particularly damaging to Oh Yeon-seo, simply due to the small fact of her casting on the couple variety show We Got Married. Paired up with her virtual husband Lee Joon of MBLAQ, Yeon-seo is currently being heavily criticized for her lack of loyalty to the show, despite the recent statements dismissing their supposed relationship.

This was certainly a hectic problem for the producers of We Got Married, but the show has certainly has experience dealing with dating rumors and scandals. The show has faced similar situations through previous participants Hwayobi and Jung Hyung-don. Just shortly after the conclusion of the Hwayobi and Fly to the Sky‘s Hwanhee‘s pretend partnership on the program, Hwayobi announced she was currently in a relationship with Untouchable‘s Sleepy. Never mind that her eccentric, four-dimensional personality provided some of the season’s most hilarious moments, but similar to Oh Yeon-seo’s current predicament, Hwayobi’s sincerity and loyalty was questioned. Her real-life relationship suggested a lack of commitment to the fake husband the show went out of their way to pair her up and feature her with, and a handful of viewers saw this as an unprofessional move. 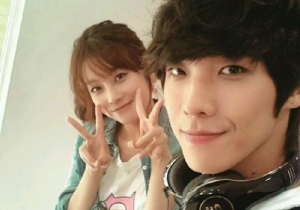 In addition, after news of Jung Hyung-don’s relationship with his eventual wife was first announced, he was pushed to leave We Got Married, ending his temporary relationship with SNSD‘s Taeyeon. Another notable example is Yoo In-na, who was originally scheduled to appear on the show. However, her surprising off-screen relationship with Queen In-hyun’s Man co-star Ji Hyun-woo prevented her appearance on the show, for it would have been foolhardy and pathetic for the show to deny her existing relationship and pair her up with someone new.

While Yeon-seo’s experience is vastly different due to her relationship being confirmed to be false, these instances still illustrate how We Got Married participants can get into quite a bit of trouble with even the slightest inkling of an outside relationship. Similar to Hwaboyi, Oh Yeon-seo’s loyalty and sincerity is being challenged, and similar to Jung Hyung-don, she is currently being pressed by fans to leave the show. However, despite the negative reaction from the fans, We Got Married decided to keep Oh Yeon-seo on the show, giving relief to countless JoonSeo shippers but also arguably angering certain fans even more. 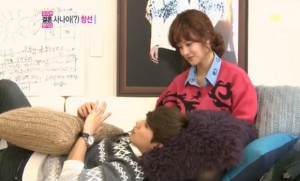 And to be honest, while I was among those who were glad to see the adorable JoonSeo couple stay on the show, these fans’ complaints is very justified simply due to the very nature of We Got Married. At its core, We Got Married relies entirely on the couples it features and their inevitable interaction for entertainment. While the recent season seems to be shifting to a more conventional variety with the introduction of the “We Got Married village” segments, the whole central theme of We Got Married is still the development of the various love lines (or rather, fictional on-screen romances) that the show offers.

And since the show relies so heavily on the couples front-heading it, it’s needless to be said that We Got Married necessarily demands that the stars they choose stay single for the entirety of their participation on the program. If it isn’t blatantly stated in the contracts these stars first sign or agree to abide to before starting the show, then it’s at the very least an unbreakable rule that really shouldn’t be challenged. And with the unfortunate dating scandal on Yeon-seo’s back, many fans have argued she’s challenged this unbreakable rule even when it’s already confirmed that the rumors are false. 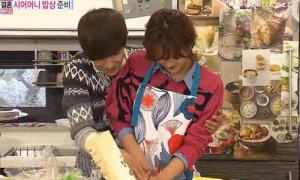 And it isn’t just a matter over violating promises or a supposed lack of loyalty that these outspoken fans are mad about, but the main reason would be the potential lack of authenticity in her relationship with Lee Joon. While most fans (myself included) find this response as excessive as these love lines are clearly only for entertainment, the whole goal of the show is to create the illusion that the supposed, predetermined couple could very well be a reality. Multiple times has We Got Married created highly viable pairings or put their celebrities in highly believable situations that make it very hard to tell the difference between reality and variety, and this is honestly the whole joy of the show. While some fans certainly go too far and read too much in between the lines, We Got Married is admittedly a shipper’s dream program, for it encourages and celebrates romantic interaction.

And so with her dating scandal sending ripples down the entertainment scene, many hardcore fans are outraged by the mere possibility of an outside relationship as it hinders the credibility of the JoonSeo couple. And for hardcore viewers, this could potentially ruin the watching experience since the rumor would make interaction seem all the less genuine, sincere, or believable. 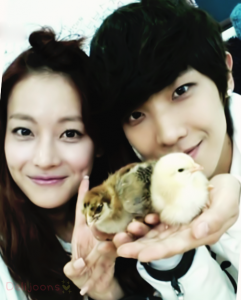 But certain incentives allowed Oh Yeon-seo to stay on the show even if her interaction with Joon may appear slightly awkward henceforth. For one, the rumor was confirmed as false. While that doesn’t stop the speculation (fueled largely by the lack of credibility of her company’s statements) and resulting fan outrage, Yeon-seo is single as far as she’s confirmed, meaning there would little reason to remove her out of a show. Moreover, the new “village” format works for Yeon-seo’s favor, as the six participants, often interacting due to the new group segments, have formed a camaraderie similar to one of a typical variety. If the JoonSeo couple were to be abolished, We Got Married would lose one-third of this group, messing up the dynamics considerably.

Also, it would definitely be in Oh Yeon-seo’s best interest to stay on the show, for it boosted her popularity — especially among international fandoms — tenfold. Previously a struggling actress due to a series of unsuccessful or minor roles, We Got Married allowed Yeon-seo’s popularity to explode, bringing her name to public consensus. And lastly, the JoonSeo couple is undoubtedly very amusing to watch. Their shyness and timidity is a clear contrast to the bolder couples they star with, and their interaction is very endearing. The pairing has shown new sides for themselves, as Yeon-seo’s hesitant yet intense personality is surprisingly adorable, and Joon’s chivalry and kindness has definitely earned my respect.

But readers, what are your thoughts on Oh Yeon-seo’s current situation? Do you agree with the producers’ choice in allowing her to stay, or are in in favor for her departure?