Trouble on the Block, Again 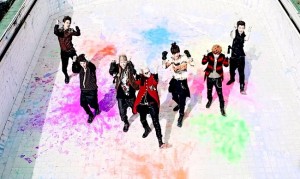 Cue B-Bomb‘s “Oops!” in “Nillili Mambo,” because Block B is once again in a controversy over something they said. This time the topic wasn’t a natural disaster but rather female idols without makeup.

On MTV’s Match Up: Block B Returns, when asked which female celebrity is unrecognizable without makeup, Taeil said something that was censored out. He then proceeded to say that someone was ugly and a “conman,” leading viewers to believe he was criticizing a girl group member’s bare face.  Later the production staff released a statement clarifying that he was not talking about a female idol at all but rather those comments were about the bare face of one of the show’s writers with whom he has a close relationship. But by that point, it hardly mattered  – the netizens had been provoked, and now we can only watch as the drama unfolds.

I’m often inclined to just ignore the controversies/scandals in the K-pop world since it’s notorious for making mountains out of molehills. However, considering that sometimes these situations end up having major consequences for the idols/their careers, it’s worth looking at why they occur and if they’re really an issue in the first place. In the case of Block B, though making fun of someone’s looks and calling them ugly is not a nice thing to do, I suspect that what they really are in trouble for is the context (or lack thereof) of the remarks. 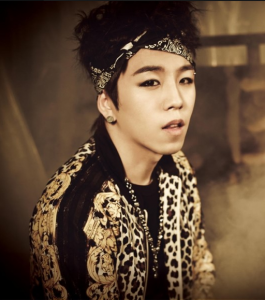 It’s not as if making fun of someone’s looks is taboo on TV. Band members talk about each other in that way all the time, and gag celebrities use their looks as a running punch line.

But since the original question referred to female idols who are 1) already subjected to lots of pressures when it comes to their looks and 2) backed by adoring fans, I can see how any negative comments would put him in the danger zone. And even if the question warrants a less than pleasant response, calling someone straight up ugly on public broadcast is a slippery slope especially if it isn’t clear what your relationship is with that person—making fun of your bandmate’s looks carries a totally different vibe than negatively commenting on the looks of another professional.

Even if Taeil was talking about a close staff member and not a female idol, since viewers have no way to gauge what their relationship is like and whether comments like these are appropriate within that context, his remarks will sound rude no matter what their actual vibe is. It doesn’t help that his behavior during his response (covering his mouth, eventually asking the scene not to be aired) kind of hinted that he is aware what he’s saying might not be completely appropriate for a broadcast.

And of course, the biggest part of the picture that’s really fueling this controversy is Block B’s track record. While the group is known for being jokers who like to take liberties with the typical pristine idol image, such carefreeness has put them under public scrutiny before. Just eight months ago during “NanlinA” promotions they got in major trouble for their unprofessional behavior/remarks regarding the Thailand flooding in a section of an interview. So this instance of being caught making rude remarks might seem like déjà vu to some, which just gives critics more fuel for their fire. 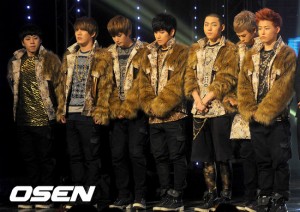 So now the inevitable question is what’s going to happen to Block B’s career. Normally I wouldn’t even bother thinking about it considering that Taeil’s remark doesn’t sound like something that could seriously sink a reputation. However, considering what happened in February, the consequences of this current controversy are a bit more interesting. On one hand, they were able to survive what was one of the most dramatic K-pop controversies of 2012 – they were called out by other celebrities and pulled from TV appearances, and there were even petitions being circulated by netizens demanding they commit suicide for disgracing Korea with their remarks. Their professionalism in the way they handled that event and showed remorse actually converted me to a fan of theirs even though I definitely thought the way they acted beforehand was rude and careless considering the context. And the fact that they were able to bounce back with a kickass comeback album was a testament to their ability to overcome hardships and proof (at least to me) that their career is still going places.

But the thing is, can they handle a strike two? Obviously this current controversy is nowhere near as bad as the previous one, but it is definitely cementing an image of carelessness and impoliteness that could stick with Block B for a while, like what happened to Krystal Jung. Considering they were supposed to use their time off from activities as a time of reflection and maturity, getting in trouble again over careless remarks makes it that much harder for the general public to get over the drama of the past, and gives people more incentive to just write off their existence as a group. Though I highly doubt they will have to go through death threats/suicide petitions once more, this incidence could give them a reputation that would prevent people from taking them/their music seriously anymore, and I personally believe they deserve better than that. Overall though, Block B is a pretty resilient group, and since this remark wasn’t as inflammatory, I’m pretty sure they’ll survive whatever the netizens/industry throw at them this time around.

What do you all think? Do you think this controversy will blow over easily or is Block B currently skating on thin ice?