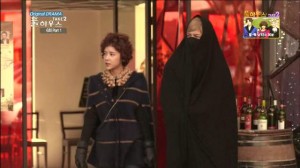 In the US today, we honored those in our Armed Forces who served to protect our country and rights, A big ‘Thank You’ to all those who have and are currently serving in the US Armed Forces, your sacrifice is sincerely appreciated.

In K-pop, it’s time to appreciate those who serve our K-pop addictions. The last week in K-pop was filled with Urban Zakapa released the MV for “All the Same” off of their second album,  Noel releases their 4th album Time for Love and the MV for the song “Things That I Couldn’t Say,” Star Audition Season1‘s Roh Ji-hoon released the MV for his debut song “Punishment,” A-Prince makes their official debut with their mini album Hello, D-Unit made a come back with “Luv Me,” INFINITE“s leader Sung-gyu tries to “Shine” solo, Kim Jung-eun released the song “Sad Fate” for the OST of her current drama Ooh La La Couple,” FIESTAR claimed “We Don’t Stop Now,” Boyfriend had a busy week releasing short PVs for “Dance Dance Dance” and “My Lady” as well as their Korean come back “Janus,” Superstar K1 contestant Jo Moon-geun released the MV for “I Just Walked,” Siaena warns that “Winter is Coming,” SMASH release “I Will Protect,” Byul said “You Are So Bad” hopefully not to her soon-to-be hubby HaHa, Lee Hi wins #1 at M! Countdown with her debut stage of “1.2.3.4.,” rookie Baek Seung-heon releses the full MV for his song “Til the Sun Rises” with no kissing Jaejoong and Kim Ji-won in sight, Mr. Slam says “Don’t Call Me Baby,” Eru sings of “One Person” for the Rascal Sons OST, fans in Peru camp out for Big Bang, PSY takes over Europe as 20K fans in Paris at the Trocadero and 30K fans at the Piazza del Popolo in Italy flashmob “Gangnam Style” and he won the MTV EMA Award for Best Music Video, and I just might be getting hooked on Full House Take 2 despite its questionable fashion choices.  Whew… there was a lot of things going on in K-pop last week.

If you didn’t know, what lies ahead are the 5 Things that happened in K-pop last week that I think were a bit more special than the rest.  If you are not up-to-date on your K-pop–spoilers most definitely will ensue and now you know.

5. A Walk in Myeongdong

They’re probably one of the least romantic couples ever to be on We Got Married, but Kwang-hee and Sun-hwa are super fun and are becoming one of my fave couples.  Sun-hwa tells Kwang-hee that she always wanted to walk hand-in-hand with a man down a street and he consents.  She then proceeds to be the aggressor in the progression of their “skinship.”  Just a side note, Kwang-hee should never eat in public.

There was a stellar line up on Yoo Hee-yeol’s Sketchbook with guests Kim Jong-kook, 2AM, Hot Potato and EXID performing.  I was especially excited to see 2AM who have been MIA recently in the K-popiverse.  They began their appearance with a performance of the “I Wonder If You Hurt Like Me” which seemed like a valid question after seeing Seulong perform in a wheelchair after having surgery on his leg after a weightlifting accident.

I became a fan of SM Entertainment‘s soloist J-Min after hearing her song “Stand Up” for the To the Beautiful You‘s OST, if there is one positive to be said about the drama it’s that its OST was awesome.  J-Min travelled to Japan and released the PV for he song “If You Want.”  It’s another great offering from J-Min, so be sure to check it out.

2. A Hot Potato on Sketchbook

Well, I did say it was an exceptional episode of Yoo Hee-yeol’s Sketchbook.  Here’s Hot Potato and their performance of their song “Alarm” which I love, love, LOVED.  Kim C is such a great vocalist.

The guests on the last episode of Running Man were actress Jin Se-yeon, Ryu Hyun-jin the starting pitcher for the Korean Baseball Organization’s Hanhwa Eagles, and the Cleveland Indians‘ outfielder Choo Shin-soo.  It was an enjoyable episode as the guests, especially Ryu Hyun-jin and Choo Shin-soo seemed really eager to be on the show as they practiced ripping off each other’s name tags–seriously, if I were in their places I would’ve done the same thing.  Similar to the Park Ji-sung episode, in this episode they played a “super” powered baseball game that was just too hilarious.