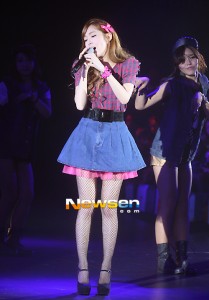 As such, CFs these days are getting more and more over-the-top, no longer being just simple commercials used to relay information about a product. Especially when it comes to idol commercials, these CFs are getting all the more grandiose and glamorous, with the idols themselves getting more involved. Instead of simply appearing on screen to dote on the products or products they’re selling, sometimes idols record songs to accompany the commercial. Natalie shared some of her favorite CF songs quite a while ago, and as you can see, these CFs varied from their content to the product they were selling. Sometimes even a full music video is recorded, some reaching to even a mini-drama’s length. So considering how momentous CFs have been as of late, SM Entertainment‘s new project with major Korean car company Hyundai really shouldn’t be that big of a surprise. 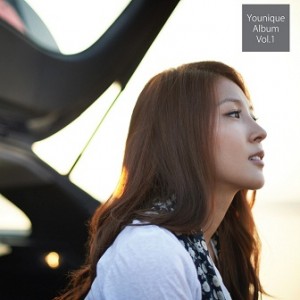 One song wasn’t enough for these corporate giants, so instead, the two companies decided to make a small album, the PYL Younique Album Vol.1 (Premium Younique Lifestyle), with more songs (“volumes”) apparently to come. These songs feature some of our favorite idols in the SMTown lineup, singing songs that would act as the theme song for a particular car in Hyundai’s new lineup. The first volume came with three songs: “LOOKIN'” by our Queen BoA, “My Lifestyle” with SNSD‘s Jessica, and “MAXSTEP” from a new SM subgroup, termed the Younique Dance Unit. Well without further ado, let’s take a look at the songs, shall we?

The first song released to the public was BoA’s “LOOKIN'” featuring The Quiett. The song comprises of a very upbeat acoustic instrumental coupled with BoA’s light voice, tastefully digitally altered to give the song a more futuristic feel. The genuine instrumentals coupled with synthetic embellishments manage to form a more timid and flexible canvas for BoA’s voice to work magic. BoA’s voice has a slight robotic feel to it to give a song a very fitting (considering the subject the song’s promoting) technological vibe, however subtle tone changes and vocal ad libs keep BoA from sounding too robotic and grating, staying in a calming medium. The Quiett’s rap section was transitioned fairly well, the instrumental dipping to a fuller sound without ever really feeling out of place or forced. 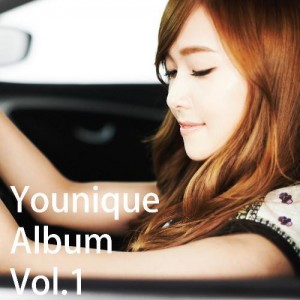 Jessica’s song is titled “My Lifestyle,” featuring Dok2. For most, Jessica’s nasally voice is love it or hate it, her voice being highly selective of the songs she sings. She manages to sound absolutely mystical and potent in certain songs, yet in particular others, her voice becomes grating or overly-nasally, not at all being pleasant to listen to. Thus, it’s a bit difficult to find a solo song for Jessica. Thankfully, “My Lifestyle” leans more toward the former, the melodic and rhythmical instrumental serving as a nice backdrop for Jessica. A perky, almost-retro piano piece starts the song off before Jessica starts singing, sounding as charming as ever. Admittedly, Jessica’s ad libs toward the end felt a bit out of place in such a chill song, but I assume it was to give the song a climax, a feature it distinctly, yet forgivably lacked. Unlike in the previous song, the rap section featuring Dok2 seemed a bit misplaced and badly transitioned, the switch from the girly tone of Jessica to a more masculine sound of Dok2 being almost jarring.

The last song in the small tracklist is “MAXSTEP,” a song sang by a new SM unit comprising of members from the company’s very renowned groups. Participants include EXO‘s Kai and Luhan, Super Junior‘s Eunhyuk and Henry, SHINee‘s Taemin, and the sole female, my girl Hyoyeon from SNSD. The lack of Yunho or any f(x) members — I personally thought Luna would have been perfect for this project, and even Victoria would have been sufficient — is admittedly disappointing, but the lineup features some of SM’s more notorious “dancing machines.” As such, a dance-heavy piece is expected, and what a piece it turned out to be. 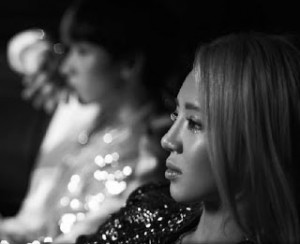 Just at first listen, SM’s highly trend-dependent sound can be heard right away. Dubstep and a mix of very energetic syths make up the instrumental, and it creates a very busy sound right away. The vocals and rapping were especially indulgent and self-promoting, giving the song a very confident and almost arrogant yet at the same time enjoyable feel.

However, those vocals were at times difficult to hear or were muddled up due to the overbearing instrumental. There were points that the song sounded way too busy and had way too many things going on. The gear change following Hyoyeon’s part was definitely unexpected but not necessarily in a good way, and Kai’s screams and the ad libs toward the end weren’t really the best additions either, cluttering up the already cluttered song. However, despite all the flaws of the song, it proved to be a highly enjoyable listen. Taemin, Luhan, and especially Henry — glad SM’s finally giving him some work to do — sounded as charismatic as ever, and “Specialist H.Y.” sure was a pleasant surprise, all bias aside. The last piece is the definitely a complete change of pace comparing it to the previous relaxing pieces, but it’s also the most attention-grabbing, justifying why the song is the most lauded. And frankly, I can’t wait for this unit to perform this song live.

All in all, Hyundai’s and SM collaborative album left me excited for more possibilities, making it a success in my eyes. Admittedly, Jessica’s and BoA’s songs are slightly forgettable as CF songs, but they match well with the topic they are promoting. Furthermore, the two songs make good use of their artists potential, as both BoA and Jessica, two of the more potentially unpleasant vocals in SM, sound absolutely divine. The real attention-grabber is definitely “MAXSTEP.” While it’s flawed, it demands attention right away, from its boastful sound to its very impressive lineup, perfectly fulfilling its job as a CF song.

Ultimately, this small CF album gets a 3.85/5 from me. Seoulmates, what did you think? Were you pleased with the collaboration? Did it leave you wanting for more? Who else is still anxiously waiting for the MV of “MAXSTEP?” Leave all your thoughts and woes below.