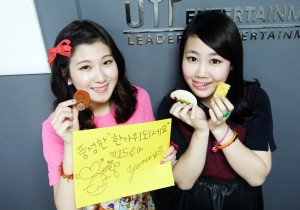 Less than five months ago, reality music competition show SBS’s K-Pop Star concluded with contestant Park Ji-min claiming victory. Shortly after winning, she decided to join JYP Entertainment and ended up becoming half of JYP’s newest duo 15&, the other half being JYP trainee Baek Ye-rin.

On October 4th, 15& released their debut single, “I Dream” and its MV. The title matches perfectly with Park Ji-min’s feelings upon winning and joining JYP, which had felt like a dream. The lyrics of the song seem to convey the feelings that an up and coming rookie idol would feel upon debuting, of wanting to sing on stage and perform songs that connect with their audiences. The song is very uplifting and the strong and emotive vocals of Park Ji-min and Baek Ye-rin help to hit the feelings of self-empowerment that music like this can and should bring.

JYP seems to be set on promoting 15& as a ballad group,a complement to their standard idol duo, JJ Project, and with the voices the girls have, I wouldn’t be surprised. Despite their young age and what little training they had, or needed, Park Ji-min and Baek Ye-rin have really strong vocal control and the depth in their voices is astonishing, and can easily carry a ballad song beautifully, regardless of how trite the song might sound.

“I Dream” is a very simplistic song, and doesn’t require much straining to the vocals in order to carry it somewhat well. It has the typical feel and aesthetic to a K-pop ballad, with the orchestral instrumental and the rising crescendo right at the middle eight. But what makes the song stand out are the girls, who manage to remain distinct and balance off each other nicely. I would have preferred if the song had a lot more complexity to it, but it’s still worth a listen for the girls’ vocals alone. But it makes me wonder what the girls would do if they had been given a more vocally demanding song. 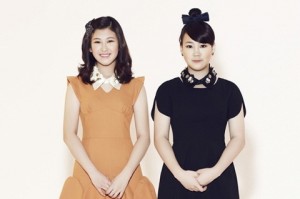 The MV itself is very simple and looks something that would be aired on Glee. The song has a lot of musical elements to it, and the MV moving from the slices of everyday life to the show made it reminscent of the show, at least for me.

Nonetheless, the juxtaposition of the girls’ lives with the separate shots made sense to lead up into the meetup scene on stage, but I would have preferred them to have made it one shot and transitioned from one girl’s persceptive to the others. It was a little annoying to look back and forth between the two shots when it could have been just been all together with some cool transitions.

The cinematography was beautiful with the pastels during the bedroom scenes, to the more grown-up tones during the stage preparation and onstage scenes. I liked how the lighting changed from being slightly dim to completely bright, matching up with the pace of the song and the realization of the girls’ dream. This MV had a strong coming-of-age feel to it, and matched well with the child-like bedroom scenes that seemed to suggest putting ones’ childhood behind, with the analyzing of their youth and leaving behind their stuffed animals, for the realm of adulthood and the fulfillment of their dreams. I think the best part of the MV, and the 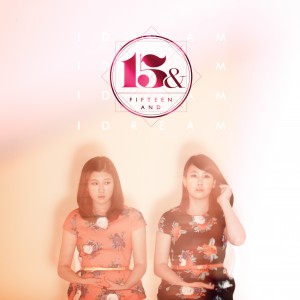 song, is the last sequence, once the stage lights up and the girls sing their heart out. That part made me a little teary, okay very teary, because there was so much emotion and feeling but into that one note, and to see the girs feeling so accomplished and utterly happy was touching, to say the least.

Overall, “I Dream” is a solid debut and is an assured sign of good things to come for this new female duo. With their young age and current vocal level, here’s hoping that they can get a variety of songs and styles, and hopefully don’t get pidgeon-holded in aegyo or songs that are above their heads. That’s what’s best about the song is that it’s age appropriate without being infantile, which is always nice to see in K-pop.