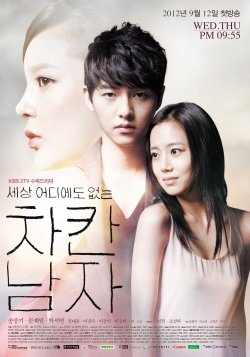 The Innocent Man (Nice Guy), KBS2‘s sweeping melodrama currently winning the ratings battle on Wednesdays and Thursdays, is not for K-drama fans with weak stomachs and soft hearts. With themes of betrayal and love long lost, as well as possessive jealousy and obsession, this drama is not afraid to delve into the darker elements of K-drama Land What Happened in Bali-esque. Starring well-known pretty boy actor Song Joong-ki and Princess’s Man’s Moon Chae-won, The Innocent Man is backed with a solid cast and a twist-filled plot, but does it have the formula for success?

In the first few episodes, we are given a quick run-down of the back story in The Innocent Man. Ma-roo (played by Song Joong-ki), a bright medical student with a younger sister, is in love with aspiring reporter Jae-hee (played by Park Si-yeon). Because of his infatuation with her, he voluntarily takes the blame when Jae-hee accidentally kills a man in a motel room and is sent to jail for five years, robbed of his future. After receiving his freedom, Ma-roo, now a stone-faced young man who cares about nothing save his little sister, finds out that Jae-hee has become the mistress of the wealthy CEO of Taesan Corporation. Hurt and angry at the woman he used to be in love with, Ma-roo vows to take her down. Conveniently, he makes the acquaintance of Eun-gi (played by Moon Chae-won), the strong-willed stepdaughter of Jae-hee and future heir to Taesan, and the two begin to use each other in a “relationship.” Ma-roo inspires jealousy and unease in Jae-hee and gains access to Taesan by “dating” Eun-gi, while Eun-gi uses Ma-roo as a tool in her ongoing battle with Jae-hee after discovering the fact that the two of them had a past together. 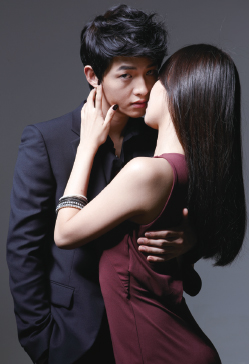 There’s nothing super special about the plot. Twisted family relations, affairs, murder, jealousy, unknown sickness, the development of real feelings in a sticky situation… we’ve all seen it before. But what gives The Innocent Man an edge above other melodramas is its cast. I have not watched enough of Song Joong-ki (Running Man does not count) to deem him one of my favorite actors, but it’s obvious that he has talent in the industry and is incredibly versatile when it comes to taking roles. His performance in Sungkyunkwan Scandal was admittedly spot-on as Yeo-rim, the flamboyant best friend of moody Moon Jae-shin, and his latest project on the big screen is Wolf Boy, in which he plays a boy who has been raised by wolves his entire life and has to slowly adjust to society and the prospect of love. There are many Korean actors who stick mostly to one type of role in dramas because it’s no easy task to play a character they’re not comfortable with for twenty or so episodes, but Song Joong-ki is refreshingly diverse in his choice of roles. As Ma-roo, he pulls off the cruel, emotionless exterior convincingly (especially with his stares that seem to just pierce the screen), only allowing small amounts of emotion to shine through during certain scenes (such as his emotional breakdown after leaving Jae-hee for good in episode eight). Even though his only weak spot right now seems to be Jae-hee, his protective side really shows during his interactions with Eun-gi, whom he treats with care and gentleness. Although he is not in love with her yet, there’s the potential of him developing real feelings for her, which the producers dangle tantalizingly in front of us every episode (argh!). 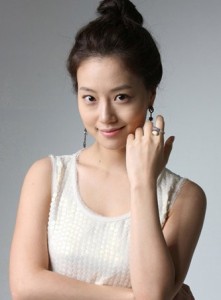 I’ll be the first to admit that I have loved watching Moon Chae-won in both Princess’s Man and Shining Inheritance. She has all the qualities I want to see in a leading actress — poise, grace, and talent — and it definitely shows in this drama as well. In The Innocent Man, Eun-gi is perhaps the character I enjoy watching the most. Like Ma-roo, she has built numerous walls around herself because of her strained relations with her father and Jae-hee, but she also has a feisty side to her. Eun-gi isn’t afraid to speak her mind (even if it involves bitchy comments directed at her stepmother), but she also has a softer, vulnerable side that we see in scenes such as the one when she walks barefoot to Ma-roo’s house just to tell him of her feelings for her. Eun-gi is also one of the more perceptive female leads I’ve seen in a drama in a while, so it makes me a bit sad that amnesia is going to come into play (and save Jae-hee’s butt for the time being), but hopefully the producers will keep her personality the same. 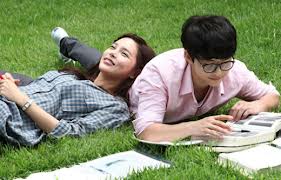 The supporting cast of The Innocent Man seems a little bland to me compared with our leads, but Park Si-yeon’s portrayal of Jae-hee is stunning. She captures the essence of a desperate and manipulating woman easily, and no matter how much I want to, I can’t bring myself to hate her because somehow Jae-hee just never seems completely evil. I want her to fail in all her endeavors, but I pity her because she is completely alone in the world. It’s frustrating to see her use Ma-roo even now, but at the same time we have to remember that she once had real feelings for him too, so it’s extremely hard to chart her off as this one-sided antagonist of the drama. Lee Kwang-soo plays Jae-gil, the best friend and flatmate of Ma-roo (Running Man, anyone?!), and brings a touch of comic relief to the drama. Newbie Lee Yoo-bi takes on Ma-roo’s little sis, Cho-ko, with liveliness and spunk. Unfortunately, the characterization for Cho-ko and Jae-gil seems to be lacking, but perhaps that will change as the drama continues. 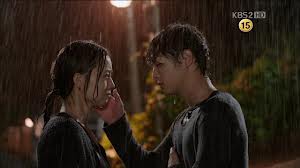 I’m not a big fan of how it always seems to be raining in this drama or the instrumental music, but the plot and cast are enough to keep me watching for the time being. Big changes are coming plot-wise and I’m always up for a healthy dose of angsty romance between Ma-roo and Eun-gi, as long as this drama doesn’t end the same way What Happened in Bali did.

What about you guys think about The Innocent Man? Are we going to get to see a happy ending between Ma-roo and Eun-gi?