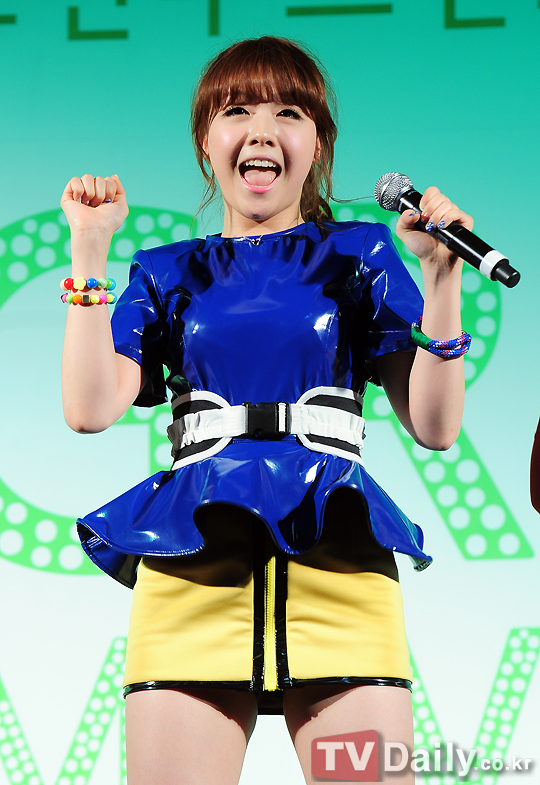 Girl’s Day returned after 9 months with their third mini-album, Everyday II. Amongst the sexy comebacks of SISTAR and 4minute, Girl’s Day stands out, continuing with the cutesy concept developed through their previous songs, “Twinkle Twinkle” and “Hug Me Once.” The mini-album has three new songs and also includes “Don’t Let Your Eyes Wander,” which was released back in September of 2011 as a digital single under Girl’s Day Party #4. The collection ends with an instrumental version of the title track, “Oh! My God.”

I must say, I am not a fan of when girl groups go for the cutesy concept. Along those lines, my favorite track from Girl’s Day has to be “Nothing Lasts Forever,” released in 2010. It showed that these girls had strong vocals and would not just have to depend on Min-ah to carry them through the song. I had hope for deviation from the cutesy concepts of before, but when I heard this mini-album, I was slightly disappointed. Nevertheless, aside from the continuation of the aegyo, the mini-album is bright and peppy, very much like Girl’s Day’s image.

The mini-album starts off with “The Two of Us,” a light track that has good flow. The mood is kept calm, and each member doesn’t have to strain to reach their appropriate notes, creating a sweet sound much suited to spring and youth. There is clear R&B influence that is tempered by the pop genre, fitting of the girly, yet approachable look that Girl’s Day has. I personally like this track the most off of the mini-album because it shows the more serious and mature side of the group.

Next is the title track, “Oh! My God.” There is an immediate difference from the previous track. All vocals creep up into aegyo territory, almost adopting a nasal quality. The instrumental itself is not bad; it has a medium-fast beat and is interesting enough to keep attention. There is a clear dance break made for a shuffle dance that is slightly off-putting (that dance finished long before 2011’s end of the year awards got to it), but luckily it’s short and doesn’t interrupt the song too much. This all being said, I think this track modifies Girl’s Day image. While they are still playing the adorable, look-at-me-make-faces card, they added an edge to their style by incorporating harder beats and synthesized sounds to give more of a club feel. I think it’s a step in the right direction for them. 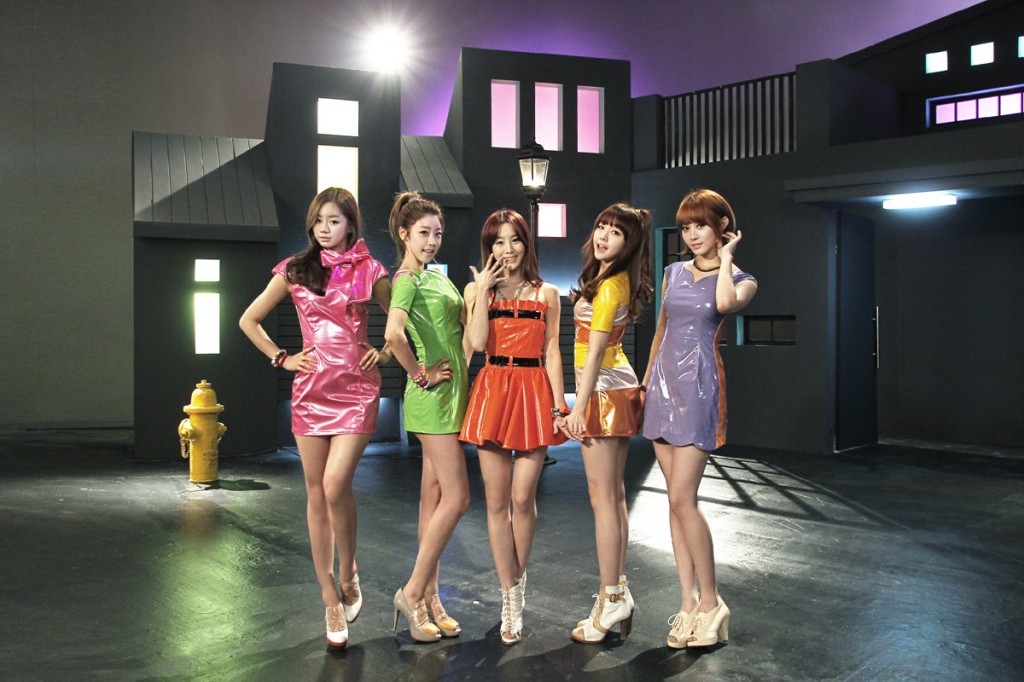 The third track is “Don’t Let Your Eyes Wander,” which had been released in the latter half of 2011. Although I’m not fond of including previously released tracks in newer albums (I’m looking at you SM Entertainment, with all your “repackaged albums.”) it’s clear why this one was included here. It’s presents the same vibe as “Oh! My God” with the high energy sound. The beats are fast creating an upbeat song with bright vocals. The cute is still present with the little shouts here and there, but it creates the kind of music you would bounce along to. The first forty seconds create good buildup for the chorus that is well-maintained and carried through. The only real negative I have is the slight rap portion. As a native-English speaker, what was being said was distracting, and it didn’t really fit other parts of the song. But, I think this track is better than the title one; as it was already released, it most likely was not a candidate for promotion.

The last track is “Telepathy,” and was written by Girl’s Day’s leader, So-jin. It begins starting the intro for a old video game. And then it unfolds into pure bubble-gum pop (not to be confused with HyunA‘s “Bubble Pop”). It seems innocent, upbeat, cute, and childlike. Even the chorus’ hook is easily followed. The voices, full of girly appeal, do well to mesh with the song, making the track enjoyable but not the best of the mini-album.
Overall, I think Girl’s Day could do better. They’re progressing towards an edgier image, but they are still cutesy, which I’m not particularly fond of. 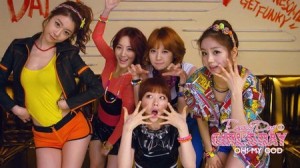 I’ve seen the MV for “Oh! My God,” and frankly, I’m not quite sure what was happening aside from a group of friends having a great time at a party or club and going through boy troubles, the norm. But aside from the MV, the entire mini-album has a sense of cohesiveness: it’s cutesy, reminiscent of teenagers having their fun and still having those moments of calm. Most of the lyrics have to do with relationship issues and how to resolve them, typical of girls in their youth.

Youth is an overarching theme that was fairly consistent throughout the entire mini-album. But we’ve already seen this twice before, which is why I can’t say it’s a great concept.

I mentioned at the beginning that I know Girl’s Day has good vocals due to their previous songs. Min-ah, in particular, always shines as a main vocalist, especially in live performances. So-jin and Ji-hae can hold their own, but I’m slightly disappointed in Yu-ra, only because of the rap portions given to her are sometimes not fulfilling. Hye-ri has short lines in general, so I’m on the fence about how well she can do. But overall, this album was not one made to showcase vocal talent, but rather perpetuate and slightly tweak an image. Thus, the songs don’t do a great job of displaying what each girl has the potential to do.

I’m torn. I understand that this mini-album is fun. The girls are dancing it up at parties, enjoying their youth, experiencing confusion over boys. But the delivery, aside from a little bit of “Two of Us” was mainly flat. I don’t entirely object to it since it fits the music, but there isn’t much emotional depth behind the lyrics or the way the songs were sung. I just can’t rate this high on a scale. While the songs are the type that I might listen to again if they popped up on a playlist, I would be listening to it for the upbeat sound, not the emotional depth. 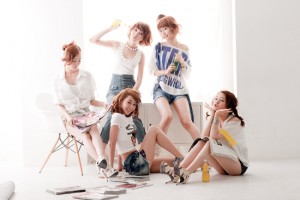 Girl’s Day’s music follows their established cutesy trend well. Their title track had a harder edge to it, perhaps to attract a wider audience. I hope they’ll continue to progress away from cutesy concepts, despite their success with it. They have the potential to do more fulfilling music with more emotional substance, and I hope to see them come back with that. But meanwhile, enjoy their high energy live stages!

What did you think — does Girl’s Day’s Everyday II tickle your fancy?