“Love is in the air, everywhere I look around.” — John Paul Young

Love is in the air, or perhaps it’s just the musty smell of carefully orchestrated public machinations developed to gain fan interest and popularity?

Is it just me, but ever since Sunye bravely the broke the hearts of K-pop fan boys (by declaring she has a life no less) she also broke down a barrier, one that has made idols seem just a bit more human?

Not that sneaking around and posting blown-up pictures of so-called couple rings and bracelets on the internet never stopped anyone before. However, when you think about it, Sunye’s unplanned announcement was a thing of public relations beauty. She is the perfect mouthpiece for “free love, can you dig it?” — how can you hate on someone who dates a missionary?

I’m not questioning in any way the genuineness of Sunye’s relationship (she and her boyfriend seem actually quite happy and content together). However, the positive reaction from the public  makes me a little leery of subsequent “paparazzi shots” and grand announcements of PDs graciously allowing their idols to date. Can we trust K-pop to not sensationalize a good thing?

Even 2NE1, a group with two members nearing the age of 30, had a “no dating” ban. Not long after JYP broke the ball and chain on the Wonder Girls, YG quickly followed with poor Bom and Dara.

Sociologically, this isn’t a bad thing; Korean singers are human and deserve to live their lives like everyone else. But they are in the entertainment industry, and if there is one universal truth about people  in entertainment, they will make a quick buck off of anything. 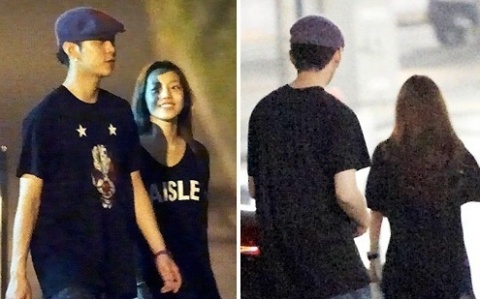 Especially the privacy and intimacy of famous people – I believe the Western world has shown us that much. There has been a shocking amount of documentation for “who and who?” couple, Beast’s Junhyung and KARA’s Goo Hara. They were first announced as a couple to mild surprise; then came the unusually clear shots of the couple bracelets; now the “quiet” breakup rumors. It’s all so…well documented, I’m sure they teach these PR strategies at TMZ. It’s a shame that no one still gives a damn.

Are K-pop celebrities becoming more savvy about netizens and paparazzi shots? I don’t mean just secretive — we’ve all heard the tales of woe from older singers who were forced to meet up with their significant others in the dead of night, only to be broken up by their managers, Romeo and Juliet style.

There is a different tone now. Some of that can be attributed to the fans.When there is less fear of a scary retribution we see more gutsy displays of recklessness. 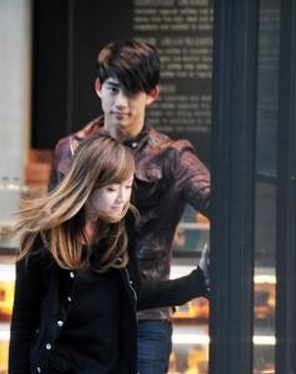 Taecyeon and Jessica are out on the town everywhere together. Are they together? Are they not? Who knows, but the pictures keep coming. Lee Min-ho and Park Min-young were fairly lax about their off-screen romance and public break-up. Se7en’s long-time girlfriend Park Han-byul, is finally able to walk unharmed, into the glorious sunlight.

Then, we have the latest, most perplexing of the bunch: 2AM’s Seulong and Sohee. Reports have them as long-time friends working together at JYP, yet when pictures of them walking and eating at a restaurant together were released to the media, it was if a bomb had dropped. To be honest it was a bit random, and JYP representatives were being very wishy-washy with their responses. Sohee (and the Wonder Girls in general) are pretty careful about releasing candid photos, so it appears odd that the most introverted member would get caught like that.

It is almost the chic thing to do now, which I think would be an awesome change for the industry if I didn’t have the nagging feeling PDs and executives would muck it up somehow. Instead of forcing people apart, we could end up with the exact opposite — media companies playing matchmaker and having celebrities date explicitly for publicity. “We Got Married” was only the first step folks.

Realistically, I don’t believe that if idols start publicly dating like rabbits it will be for a long time, or ever. Guy groups would have to catch a break, and…well there are some things the world’s just not ready for yet.