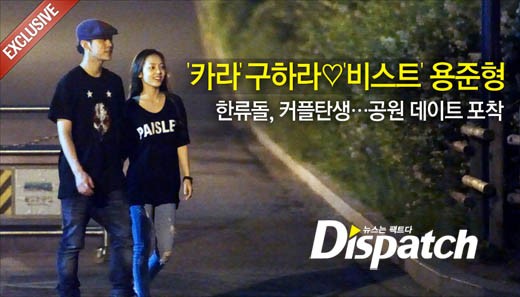 For the second time in less than a year, an idol couple has been exposed to be dating and have confirmed their relationship.  In an exclusive exposé, Dispatch News revealed pictures of KARA‘s Goo Hara (21) and BEAST’s rapper Yong Jun-hyung (23) dating. The response so far to the couple’s relationship has been… uncharacteristically positive.  Will this bring about a new trend in idols revealing their relationships?

The pictures revealed were taken of the couple holding hands while walking around in the early morning on June 9th and 13th in the Sangam-dong and Hongdae areas respectively.  Many were surprised that the couple weren’t incognito: no big glasses or hats or any real effort was made to hide their identities which is surprising because Hara is definitely unique looking so she’s very noticeable.  So, did the couple not care if they were found out? 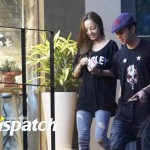 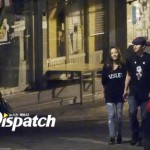 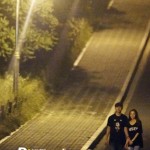 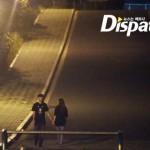 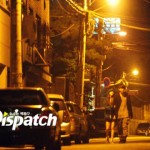 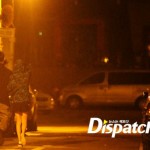 It’s hard to say whether or not Hara and Jun-hyung cared or not about being discovered, but no one really thinks that people would be stalking them in the early morning hours- yet they are idols so they must be used to it.  I have to say that these pictures of Hara and Jun-hyung look very sweet and real.  I’m not a big conspiracy theorist, but I do agree that the pictures of SHINee‘s Jong-hyung and actress Shin Se-kyung revealed last October did have me wondering if they were real or not because they didn’t seem quite so genuine.

In contrast to news of Jong-hyung and Shin Se-kyung dating where the backlash was immediately negative and caused Shin Se-kyung to shut down her Cyworld account within 30 minutes of the news breaking, reaction from fans of BEAST and KARA of Hara and Jun-hyung dating have been mostly positive.  In scanning the news, I didn’t find any news of fans attacking Hara or Jun-hyung’s accounts.  I’m not sure what the difference in circumstances are:  maybe BEAST isn’t as popular as SHINee, or Jun-hyung isn’t as popular as Jong-hyun, or Hara has a lot of fans who are protecting her, or that fans have finally realized that being an idol doesn’t mean that a person has signed up to be a monk or nun for the span of their contract.  Both of their management companies, Cube Entertainment and DSP Media released statements that confirmed that the couple have been seeing each other for about a month after their sunbae/hoobae relationship made during similar promotion periods grew closer when Jun-hyung proved to be a great comfort to Hara when she was going through KARA’s contract dispute.  I do have to say for the couple’s sake, I’m glad that their relationship news have gone over well.

I do understand why idols keep their relationships a secret- the backlash, the drop in adoration of fans, company policies, the strain that constant news reporting can put on a relationship, and they deserve to be able to keep their private lives private.  For instances of casual dating, going through the potential relationship backlash isn’t worth the grief of revealing a relationship that might only last for a few months.

I do however believe that for relationships that the idols feel are longer lasting (like Shindong and his girlfriend) or like this case where a couple is found out, the truth should be told and to lie about the relationship would be a disservice to fans.  The whole Seo Taiji and Lee Ji-ah marriage fiasco is probably a good example of a relationship secret that went too far.

Fans really need to understand that these idols, who are in their dating primes, should date so that later on when their idol days are over they can have healthy relationships.  A fan that really cares about their idol would want them to be happy, no matter how heartbreaking the news might be.