Set in the countryside on one very rainy night with long, edgy silences and more blood than open-heart surgery, director Kwon Hyeong-jin creates a rather chilling thriller.

The only problem is that I don’t do thrillers… or anything remotely scary. I’ll never see the original version of The Host (or any version for that matter) and I watch all Harry Potter–y films with my hands attached to my face. I’m very content with movies that have a lot of sunshine, rainbows, and eye candy. Thus my Korean addiction (Old Boy fans, please don’t argue with me) and love for comedies. 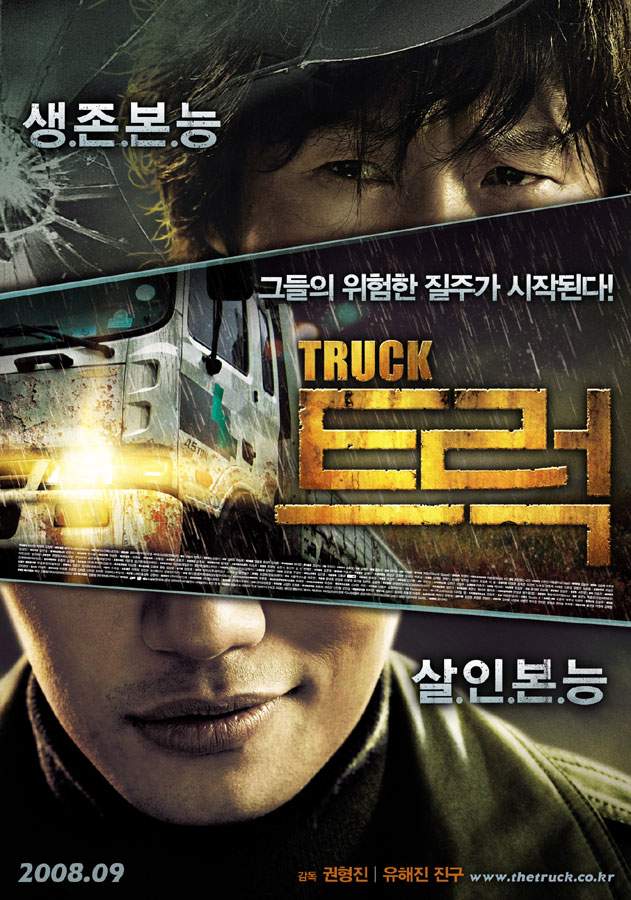 I happened upon Truck while trying to find Quick, and decided to try out the video with a nice little country home image and a bland film name. Lets just say I promise to never make such foolish decisions again.

But where’s the fun in watching something without providing a review of it? Thankfully I’ve been forced to watch a few thrillers and horrors in the past, so I have a reasonable understanding for what makes this type of movie good.

(Warning to scaredy-cats: this film isn’t for you!)

This movie is actually pretty good. There’s lot of tension between the hero and the serial killer, and enough murders to wet any horror/thriller buffs appetite. Add in some super intense action scenes and a dead body that wakes up, and you have enough suspense to make up for the films boring title. The film could have easily been called “Dead bodies in my trunk, Murder in my passenger seat.”

For all its heart-racing moments, there’s still the other hour of the film. First of all, the writers weren’t satisfied with making just any old murder thriller. This is a Korean thriller, so there needs to be a dying child, gangsters, and a random beauty. It takes a while to get our hero from everyday truck driver to everyday truck driver who needs to find $60,000 to save his dying kid. Viewers are forgiving when it comes to the use of this Korean cliché, because this leads to Cheol-min having to bury a bunch of dead bodies for the cash.

Now that the plot has taken off, it’s just a matter of time before viewers see Cheol-min, Yeong-ho, and the dead bodies running away from the cops on a quiet highway. It took an hour to get to the good stuff, but at least it was worth the wait. The lead character goes through some great dramatic changes and life-threatening challenges, leaving me on the edge of my seat, holding up a sweater in front of my face half the time.

Too bad the movies amazing climax leads up to one of the worst endings I’ve seen a Korean movie come up with. To put it simply: there’s tons of loose ends, a sharp change in mood, and sunlight (which had been missing from the film after the first quarter). Truck is a roller coaster, in both the best and worst kind of way. 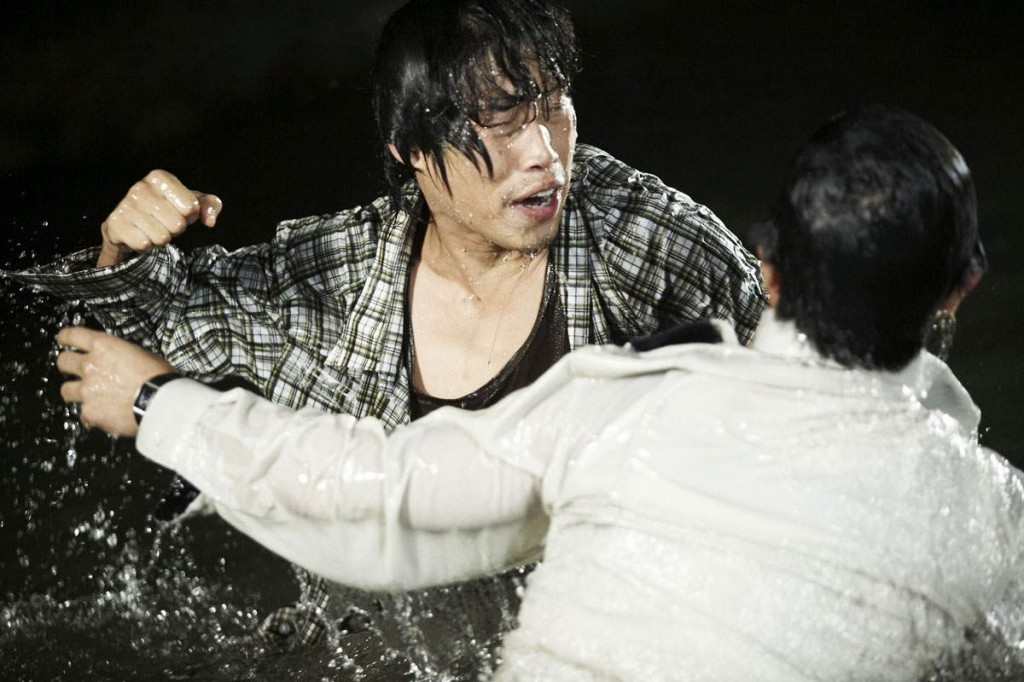 Acting: The lead actor, Yoo Hae-jin, is one of those legit “I only do films” actors with a slew of box off and critically acclaimed films under his belt, such as The Unjust and Moss. He keeps up the good work in this film by having the role of an average Joe down pat. This may or may not have something to do with his face. (8/10)

Story: This was an intriguing story. Although it was filled with clichés, Truck did try to do something new and different. I’ll most likely forget the good and the bad scenes of the film, but I’ll always remember that any random hitchhiker can turn out to be an escaped convict. (6.5/10)

Impact: I’m going to go out on a limb and say that after reading this review and the films’ synopsis, you could theoretically only watch the last 40 minutes of the film, and be content. The first 50-55 minutes are a little weak for the films genre… okay, more like the first 30 minutes. Anyway, I recommend this as a good breather between all the great fluff of Korea. But I wouldn’t call this film ground-breaking. (6/10)

Production: The budget most likely wasn’t big, the cast isn’t the most A-list, yet something about this film made it look well put together. Plus there were some pretty powerful fight/murder scenes. (7/10)