Beast: The Phenomenon I Never Knew 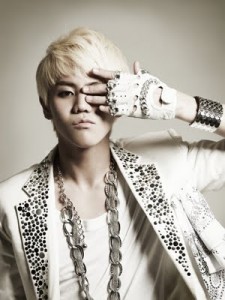 This was a question I used to ask myself very often, quickly followed by subsequent thoughts of ‘Meh, I don’t care’. I mean, I knew who Beast was  — I knew that they were some boy group. ‘Just another boy group,’ I used to think, ‘just some mediocre boy group’.

But I’ve learnt otherwise. This year, streaming the 2011 MAMA’s live from MNet‘s Youtube channel, was the first time I’ve ever watched Beast perform, and I was blown away. Suddenly, I was asking myself where I had been, how could I have missed this little gem that was Beast? Here were six hot guys that could actually sing, and I was so easily ignoring them until now!? Blasphemy! How could this happen?

And then I remembered.

Back in late 2008/early 2009, as I trolled K-pop internet forums, I came across a thread of that was 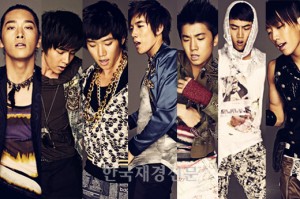 featuring some information about Cube Entertainment’s newest rookies… B2ST. A lot of the pre-debut hype around them floating on the internet at that time really boiled down to one piece of information that became really the only thing about B2ST that stayed with me: they were a group of other boy band rejects.

Of all the things that entertainment companies say about how they group trainees, whether it’s cup-size or height or blood type, being a reject was a new one for the list. But I wasn’t interested in a bunch of rejects. For me, I took one glance and saw a 2PM photocopy, and walked away.

Another turn-off was the fact that they were from Cube. Earlier that year, Cube debuted 4Minute, and I instantly did not like them. And no matter how hard I tried, I never caught on to 4Minute’s music. When G.NA hit the scene, I didn’t feel her either; so I figured my opinions about quality music just didn’t lie with Cube and its idols.

So for several ignorant years, I avoided press and performances concerning B2ST (who altered their name somewhere after debut and are now also referred to as Beast) simply because I didn’t care; I never cared for Cube idols, and I wasn’t going to convince myself that it was time to start. But just a mere 72 hours ago, watching the MAMA’s livestream and Beast take the stage, I realized what a tragic mistake being ignorant was.

Needless to say, Beast had one of the best performances of the night. They really showcased a wealth of vocal ability as well as bad-boy charisma, which has made me believe they’ve come a long way from being a bunch of rejects. In my ears I heard the hard-hitting vocals of a rapper and the falsettos of a well groomed voice — those weren’t rejects, that was talent. I could not believe that I had never gave them a chance before.

A moment like this makes me really think about K-pop critically — we all have seen groups half-heartedly put together or who are half-heartedly cohesive. They’re easy to spot, and abound the realm of K-pop. And because I’m so used to hardly ever finding groups that seem different and unique, I usually glaze over debuts and wait for better press on up-and-comings before really vesting my interest in them. But that is also why I failed to see that Beast wasn’t actually a reject group — initial bad press, even that tiny spoonful of it, turned me off of a group of guys that weren’t half bad at all. Sure, maybe once upon a time, in another trainee story, the members of Beast were rejects, but they’ve come together to make a really talented group in the end, one that stands out and commands attention. And that gives me hope. 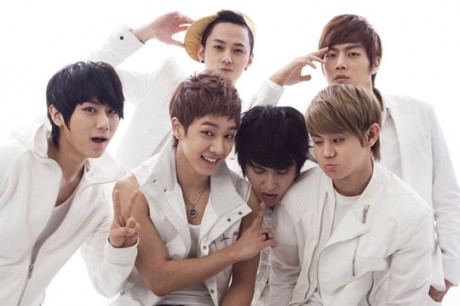 Hope that there is more talent in K-pop than we may actually give credit for. All too often most us are quick to criticize talentless idols who get by with their pretty faces, or poor music quality put out by big name labels. This may cause some of us to create generalizations, like I did, about what and who we should expect and when. And while it is absolutely true that some idols are bordering on talentless and that some companies need better producers and stylists, encountering Beast has shown me talent may actually lie in the stereotypes we wave off with a nonchalant hand. With so many idol groups crowding the music scene these days, it grows increasingly hard to find talented performers. But we shouldn’t let that discourage us from learning about new, even stereotypical music, and who’s singing it. If anything, it should help us appreciate fresh talent when we see it. But that means we’ve still got to have faith in the music, despite all the poor expectations and high standards the industry has ingrained in us to believe in. If we are not sharp, we may very well miss the talent we’d been craving all along as it passes along the waves of mainstream music.