With the lighting of the Christmas tree in Rockefeller Center, it is officially the Holiday Season in New York and, although the first day of the winter isn’t until the 22nd of December, transitioning from your Fall to Winter wardrobe is already underway. The elegant and ever-stylish cape has recently become one of the most popular items in Korean fashion for this coming season. From Jo Yoon Hee to Ga-In, Korean actresses and K-pop idols alike have modeled this piece; featuring as the center of many winter fashion photo shoots.

A cape with a fur collar, resembling Jo Yoon Hee’s from her shoot for Blue Pepe, not only adds a touch of sophistication and maturity, but also extra warmth and protection against snowy weather. Convenient pockets add practicality to its modern design while the buttons allow versatility, creating sleeves when fastened. 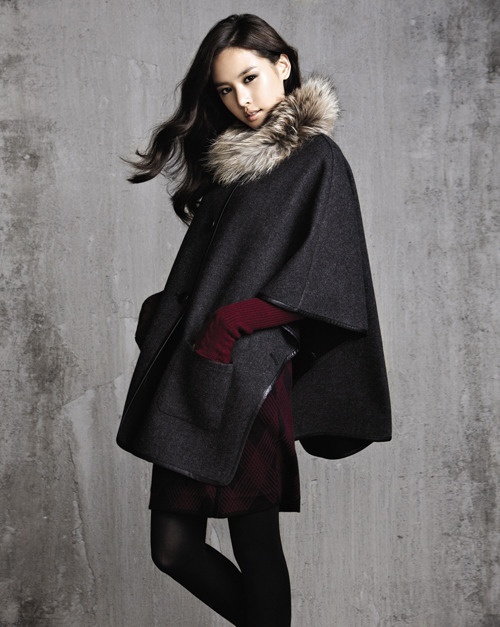 Suvinshop’s double-breasted cape coat ($105.00; available in khaki at yesstyle.com) also exhibits sophistication through a clean and sensible design. With a detachable fur collar, multiple looks can be created and the option of a pashmina or knitted scarf can be added. The belt is long enough that it can be adjusted to your waist size and tied into a bow or fixed by its buckle. It is also detachable therefore can be removed or replaced depending on the look. 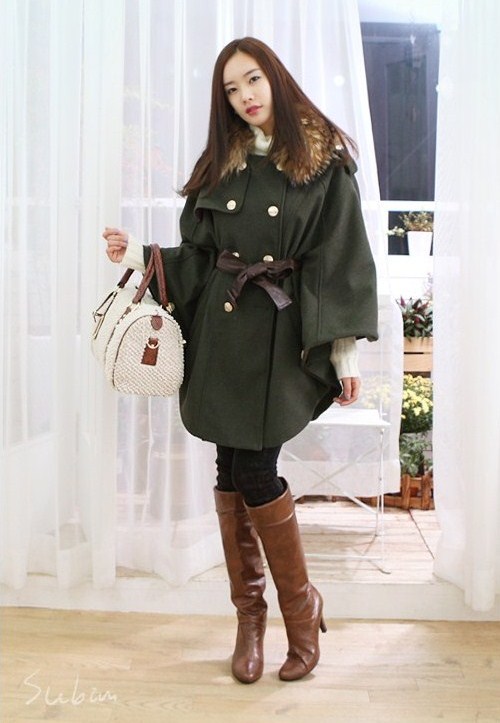 A hooded cape, like Ga-in’s for her photo shoot featured in Korea’s issue of Marie Claire, would also add protection from the elements as well as an industrial feel to the stylish design. The extra detail on the unbuttoned straps adds subtle attention to the hood keeping the design well balanced. 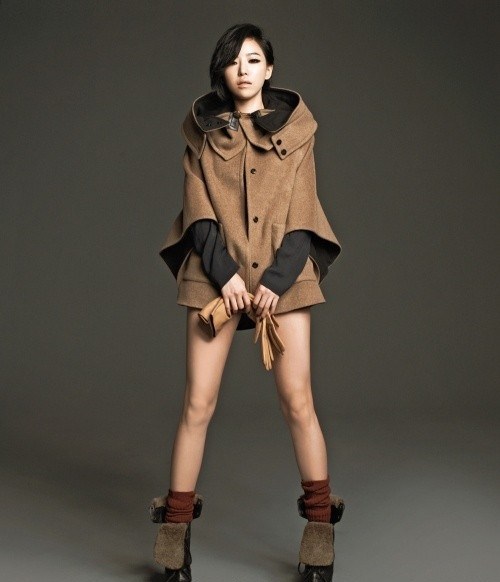 Click’s cape coat ($182.00; available in beige and khaki at yesstyle.com) with its detachable fur-lined hood and double button design balances between chic and casual practicality. The fur accents around the armholes of the cape also ties up the overall look of the coat without being overwhelming to the design. 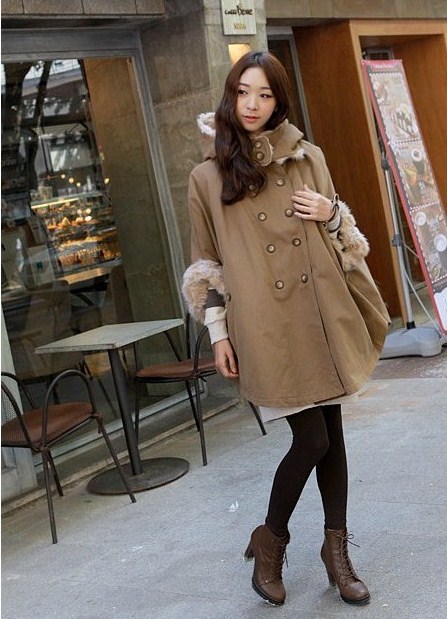 Now, capes aren’t solely designed as outerwear but have inspired different adaptations of its design. A knit cape, resembling Lee Min Jung’s for her Besti Belli photo shoot, with its simple but elegant cut can be worn as a top or layered over a heavy sweater. This cape, with its buckle detail at the throat, also features pockets and buttons creating sleeves. The subtle details add a down-to-earth or minimalist feel to the overall look.

Jcstyle’s knit cardigan cape ($68.00; available in dark brown and dark gray at yesstyle.com) also displays simplicity through detail with large buttons down the front and at the lapels of its collar as well as the heavy cable knit design woven throughout the hem of the cardigan. Also, because of its cape inspired style, this piece can also be layered over a sweater without looking bulky. 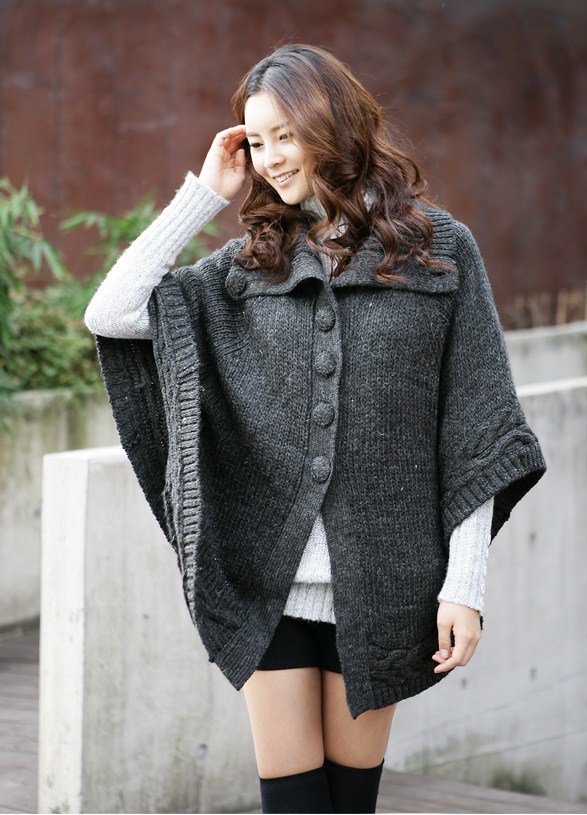 Capes have also had their influence on dresses adding another dimension of maturity and elegance to the garment. A cape-inspired dress, like one worn by Lee Hyori for her shoot in Top Girl, with its clean lines and covered shoulders has a very conservative yet modern feel to it. With its wing illusion, the cape gives a delicate touch to the overall look.

Ode’s cape dress ($98.00; available in black and khaki at yesstyle.com) with its sharp seam lines running down the front over the bust to the hem of the skirt as well as at the shoulders and back of the “sleeves” gives the dress a classic and feminine feel. The high scoop neckline adds that conventional feel without making it too formal or resembling business attire. 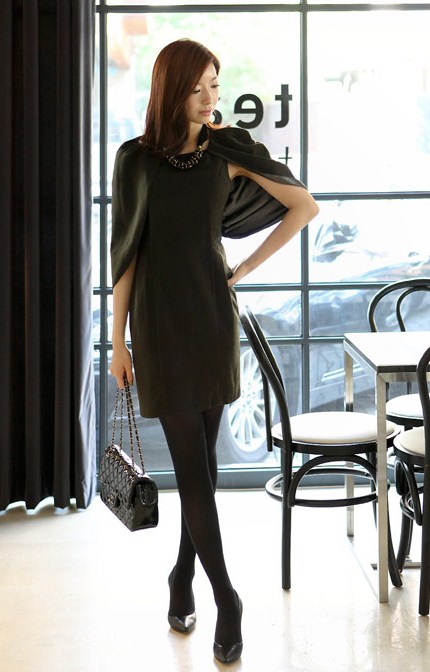 The cape is a fashionable piece that can be worn with anything from a dress to jeans always adding a sense of style and sophistication without being overt. It’s simple design and clean cut balances it between modern and classic. So, whether you’re crossing your loved ones off your Christmas shopping list or just meeting with friends and family during the holidays, consider the cape and its charming adaptations.