A trio of close female friends faces romantic troubles and career travails that are difficult, but never intensely dangerous. An unassuming lead finds herself at the heart of a love triangle. First crushes make unexpected returns, a noona romance flourishes on the periphery, and there are several endearingly tone-deaf karaoke scenes…

These plot features, which could be plucked from any number of dramas, form the bulk of How to Be Thirty’s storyline. You would think this would doom the webtoon-based show to at best, comfortable mediocrity, and at worst, mind-numbing boredom. Instead, How to Be Thirty uses its mundane set-up to subvert drama tropes and tell a surprisingly mature and original story.

The drama keeps the fun trappings of traditional romantic comedy television. This is a show that adores slow-motion shots and mood lighting. These stylistic choices, as well as the light-hearted sense of humor that runs through the whole show, make How to Be Thirty just as fun as any traditional romantic comedy drama, even though its narrative is notably more grounded.

There is perhaps no drama trope more classic than the fated childhood sweethearts storyline. According to dramas, if you don’t meet your soulmate as a kid, then good luck finding love, ever. How to Be Thirty initially seems primed to follow that well-trod narrative path.

At the start of the show, successful webtoon writer Seo Ji-won (Jung In-Sun) reunites with her middle school crush Lee Seung-yoo (CNBlue’s Kang Min-hyuk) and they begin a whirlwind flirtation. Seung-yoo is almost cartoonishly handsome and charming, which is fitting since Ji-won’s latest webtoon series is a thinly veiled retelling of their youthful romance. Seung-yoo is also Ji-won’s new manager, making for many workplace shenanigans. It’s all very cute and predictable.

Until, all of the sudden, it isn’t. Around the halfway mark, How to Be Thirty shows its hand as it begins to meticulously deconstruct the childhood soulmates fantasy. Seung-yoo turns out to be far from storybook prince material, but Ji-won willfully ignores all the warning signs because she, like possibly many audience members, is so entranced by the idea of their potential picture-perfect romance. When the inevitable emotional train wreck finally happens, it is appropriately devastating.

Through Ji-won’s romantic plot, How to Be Thirty explores the harmful effects of romantic tropes, particularly the ways they can influence our real-world behavior. What’s nice about this deconstruction is that How to Be Thirty intelligently explores but does not over harshly judge its characters’ behavior. From the oblivious Seung-yoo, to the indecisive Ji-won, to Seung-yoo’s fearsome girlfriend Lee Hye-ryeong (Kim Ji-sung), each person’s motivations are explained, even as their mistakes are not excused.

The breakdown of Seung-yoo’s character is especially interesting. How to Be Thirty never seeks to justify his caddish behavior, but it does provide a fascinating flashback sequence showing how he came to be so cluelessly harmful. Basically, Seung-yoo exists in a society that puts him on a pedestal because of his good looks and superficial talents. This means that life has been a breeze for him, and he’s never had a reason or the personal motivation to develop actual strength of character or self-awareness. That’s what leads this not-particularly malicious person to cause Hye-ryeong and Ji-won massive amounts of emotional pain, while also damaging Ji-won’s hard-earned career.

If Seung-yoo exemplifies the consequences of living a bump-less life, Ji-won proves How to Be Thirty’s point that a reasonable serving of obstacles can be helpful to personal development. Ji-won comes into her relationship with Seung-yoo in a uniquely vulnerable place, the shadow of a brutal past romantic split hanging over her. She manages to open herself up to Seung-yoo, who then promptly lets her down. But rather than sending Ji-won spinning, this failed relationship gives her a chance to prove to herself that she has matured and become a more resilient person. That is exactly what Ji-won does, taking responsibility for her own actions, processing and moving on from the relationship in a healthy way, and not cutting herself off from a burgeoning connection with the charmingly grumpy Cha Do-hoon (Song Jae-rim).

Ji-won and Do-hoon’s dynamic provides a direct contrast to Ji-won and Seung-yoo’s relationship. Unlike Seung-yoo, Do-hoon’s first impression is bad. He’s awkward and downright unfriendly. But slowly, conversation by conversation, he builds a rapport with Ji-won that is founded on shared interests and mutual respect. There is no element of a fated connection to their relationship, just two people with clear chemistry and a willingness to get to know each other. This flies in the face of many dramas’ overwhelming dependency on destiny to give weight to their romantic relationships. Ji-won and Do-hoon don’t need kismet to be couple goals, they just need to be their relatable and earnest selves.

Ji-won’s personal and romantic trajectory in How to Be Thirty is all about showing the benefits of moving beyond one-dimensional fantasies, the fact that we rather than fate control our lives, and that personal evolution is a slow and steady train, not an all-at-once event. The show’s subplots, which focus on Ji-won’s tight-knit trio of friends, also highlight this set of ideas. These are not common drama concepts, and it’s incredibly refreshing to see them taking center stage in an otherwise fluffy romantic comedy.

One of the downsides of How to Be Thirty is that because of its web-series format, there’s not really enough time to explore the surprising richness of its world. With only 20 minutes per episode, and a mere 15 episodes total, real estate is limited. This can force the show to rush through plot developments, resulting in clunky scene transitions and underwhelming emotional beats.

Several supporting characters also get the short end of the stick. Secondary couple Lee Ran-joo (EXID’s Hani) and Hyung Joon-young (Baek Sung-chul) are really only allowed to occupy the screen as filler in between Ji-won’s scenes. That’s a shame because smart-talking Ran-joo and sweetly naive Joon-young make a fun pair. Hong Ah-young (Cha Min-ji), the third member of the central friend trio, is also packed with unfulfilled potential.

Despite these drawbacks, How to Be Thirty is on the whole an unexpectedly unique and satisfying show. In its short run time, the drama unpacks a whole collection of character and relationship tropes, and it does it with cheeky humor and grounded sentimentality. If you’re looking for a guilty pleasure love triangle drama, this show won’t be your cup of tea, despite its initial impression. But for viewers searching for a smart and relatable romantic comedy, How to Be Thirty might just be a perfect match. 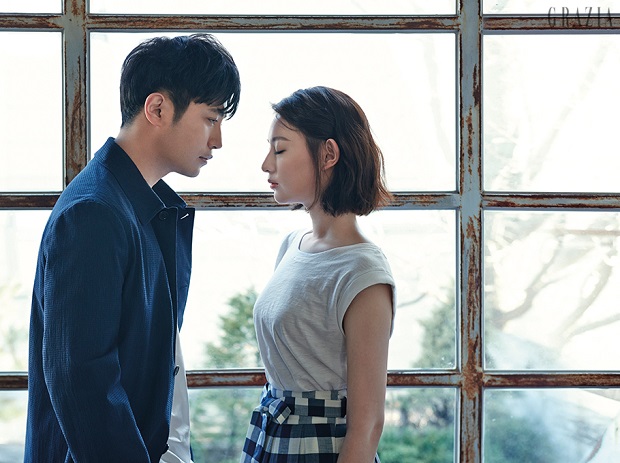 C.N. Blue In My Head 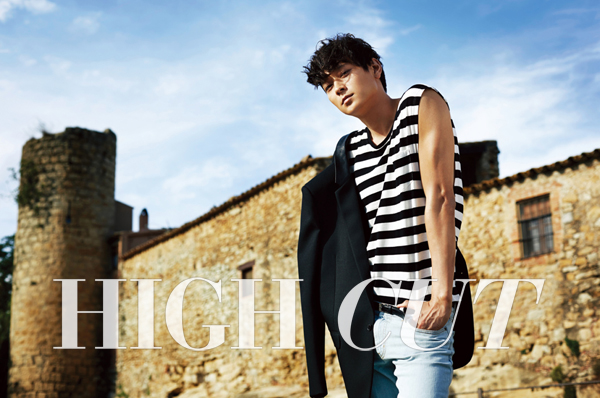 C.N. BLUE are the Creepers You Want Around