San E has been absent from a number of public appearances after sustained controversy over his song, “Feminist” caused public outcry and inspired two diss tracks. He was meant to appear at a Xexymix store opening and the premier of a rap documentary but his label Brand New Music decided his presence would distract from the events. The rapper claimed the song was a satirical critique of men’s hypocrisy while others said it popularises ignorance and sexism.

Beyonce once sang, “you know you’re that bitch when you cause all this conversation.” Subversive art aims to challenge an existing social order, usually through provoking a reaction from the viewer that would inspire thought. is a natural byproduct of disruptive art as is .

Punishment for making subversive art is enacted through censorship, suppression, and intimidation. Criticism, boycotts, and public censure can be easily confused for the former reactions. There is difference between art that has created an uproar because it challenges harmful existing social structures and art that has only spurred a response.

While “Feminist” created a reaction it was mostly from people who were offended by the views espoused in the lyrics and less from powerful people attempting to protect their societal dominance.

The song’s release occurred during a nationwide conversation about gender and oppression sparked by a viral video. The video depicted a fight between three men and two women at a bar near Isu station in Seoul.

Conflicting accounts of the incident emerged with one side initially stating the women had been attacked for their appearance, which linked them to a Korean feminist movement protesting rigid beauty standards. Subsequent information suggested the women may have instigated a confrontation with the men.

Police registered the assault as a “two-way assault” despite the women sustaining more serious injuries than the men. The men reported torn clothing while the women were beaten.  A petition, citing a social media post by one of the women, called for justice against the men and gained over 300,000 signatures in a week. The Blue House is required to issue a formal response if an online petition garners more than 200,000 signatures in a month. Arguments of culpability and fault then erupted online with some people blaming the women for antagonising the men.

“Feminist” was released one day after San E shared and deleted a video of the Isu bar assault. The song was captioned with the statement “I do not hate women. I am averse to situations where hate begets more hate”.  The lyrics are from a first-person perspective and describe a collection of inconsistent, contradictory ideas. The song, according to San E, is intended as a critique of the clichéd arguments of sexist men who claim to be feminists. It was not initially interpreted that way.

The song and San E were criticised in diss tracks penned by rappers Jerry K and Sleeq. Jerry K’s track “No You Are Not” addressed the song as though it written from San E’s perspective and challenged the logical inconsistencies based on his life experience. Sleeq’s contribution, “Equalist” knocked the reasoning of the sexist arguments and highlighted the ongoing issues of gender based discrimination and violence against women in Korea.

San E responded to Jerry K’s diss track with a full-length song, “6.9cm” set to the beat of Nicki Minaj’s “Chun-Li”. In “6.9cm” he explains that he is not the protagonist of “Feminist” and says he’s only reflecting what he sees in society. The song simultaneously takes shots at Jerry K’s credibility as a male feminist and the size of his penis.

Am I making up a story?

Hatred all over the society”

Criticism from his peers, being pulled from public events by his company, and vocal public outcry were not enough at first. San E claimed, in a lengthy Instagram post,  a call-in from a long-time fan and friend prompted him to explain the misunderstanding.

“I thought that if I wrote an explanation, it would be seen as an excuse and that people would accuse me of changing my beliefs according to people’s reactions. I put out a song and it’s the public’s job to judge it. Since I thought someone would understand the song’s true meaning, I thought it would be better to stay silent myself.”

“But someone I love, a fan and friend who has supported me for 10 years, recently told me that she felt betrayed and that she regretted the time she spent being my fan. When I saw what she wrote to me, asking me if the lyrics were how I really felt and that I should wake up and realize that it wasn’t right, I decided it didn’t matter if other people thought I was making an excuse.”

San E said he hoped an explanation of his intentions would comfort those who were hurt by the song. His intention was to “speak strongly against the societal issue of hatred against both men and women” and criticise hypocritical sexist men.

Story-tellers assume identities different from their own to illustrate a point frequently. The viewpoint of a character can easily be mistaken for the artist’s so it’s important to make a clear delineation between the two.  There aren’t sufficient lyrical clues to the audience of “Feminist” that San E isn’t speaking from his own point of view. He acknowledged the setup of the song did not demonstrate his point in the way he wanted.

One of the most famous first-person character rap songs of all time “Stan” by Eminem illustrates how to do this successfully. The first words of the song “Dear Slim, I wrote you but you still ain’t callin” immediately establish the narrator of the song is not the artist and the last verse of the song offer Eminem’s opinion on obsessive fans. The narrative structure of the song brought the emotional complexity of the fan-star relationship into focus. The violence and profanity were censored by music distributors but that didn’t diminish the impact it made.

“Feminist” is not a complicated act of provocative art. The lyrics don’t suggest an alternative to the cognitive dissonance of all the bigotry but rely on a listener’s good graces to believe San E is not a misogynist. The chauvinist talking points are repeated and while San E’s follow-up diss and explanation deny he believes them, neither state in similar detail what he does believe.

It seems he would like men to stop being hypocritical and for there to be less hatred around the topic of genders but other than those points his views are not articulated. He spends too much time cosplaying chauvinism and speculating about his detractor’s genitals to come across as someone genuinely concerned with easing gender tensions. The unfolding of the lead-up, song and response to criticism lead less to a clever act of satire and more a muddled series of ill-conceived cries for attention.

One of the easiest tests of dissidence is to observe who is primarily offended by the content. In the case of “Feminist”, San E has reported he has received support from many male fans and criticism from many female fans. It is a quirk of the current polarising time that the space for subtle irony is waning but even if it weren’t “Feminist” isn’t very subtle or good at irony. 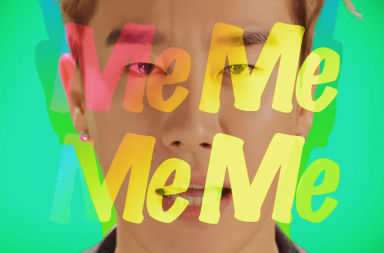 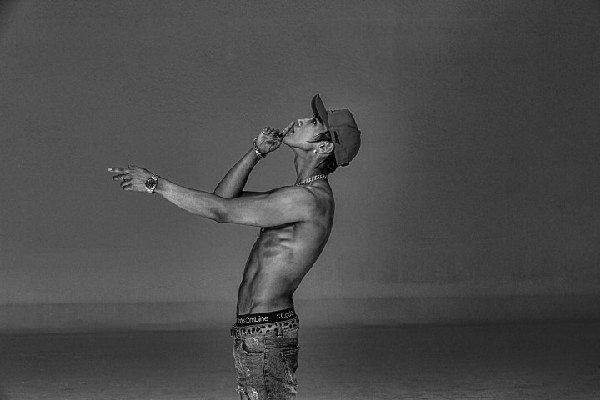