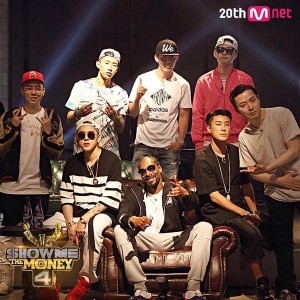 More weeks have passed, and more drama keeps coming out of what has to be the most confusing season of Show Me the Money(SMTM) ever. In case anyone has forgotten what took place last time, please refer to the previous review! If not, then continue reading on for more details and personal insights about who is in, who is out, and who is stirring the pot.

At the end of the last episode, a chaotic scene broke out among the MCs vying to remain in the competition. Their mission was to perform a cypher in front of hip hop icon Snoop Dogg. Anyone who didn’t rap within the allotted time would be eliminated. Desperate to impress Snoop and stay in the game, the cypher battle quickly turned into a feeding frenzy.

But before we continue, let’s back things up a bit to the moment when the game changed.

During the one-on-one battles of the third round, the judges faced a conundrum when their favorite rappers were pitted against each other, forcing them to eliminate some prime talent. Just when it seemed like everything was set in stone, the eliminated rappers returned to the surprise of the judges. The show producers informed everyone that a couple of rappers were being given a second chance through another battle. Based on the judges’ assessment, the chosen rappers for the battle were Monsta X‘s Jooheon, 1Punch‘s One, Geeks‘ Lil Boi, and BeWhy. In the end, One and Lil Boi won their battles to move onto the next round.

Now, let’s get back to the catastrophe known as the cypher challenge. The producers really messed up here because there was little order until the judges made suggestions that reduced the pandemonium. In fact, the chaos was so embarrassing that the show producers apologized for mishandling things. The cypher eventually came together, but the mission left a bitter impression on the contestants who felt frustrated by the situation. This was not the kind of competition they expected.

Once that mission concluded, it was the judges’ turn to show their skills. After a rousing performance by each of the teams, the contestants voted for their favorites. Team Zico and Paloalto won so they got to choose which rappers they wanted first, but those rappers could also turn down their invite. This resulted in a hilarious scene of Zico and Paloalto getting rejected by some of the rappers they chose. Despite the surprise rejections, they managed to get AndUp, Ja Mezz, One and Mino.

The remaining teams were left at the mercy of the contestants again when the rappers were given the option of choosing who they wanted to join. Any teams with less than four rappers would be eliminated along with the rappers who picked them. Team Jay Park and Loco gained a lot of MCs, but so did Team Tablo and Jinusean. The only ones on edge were Team San E and Verbal Jint, but they were barely saved with five rappers. Unfortunately for the rappers who picked these teams, only four members could be chosen. At the end, the teams formed were:

The Top 16 had finally been selected, so it was time for a bonding session in each team. As usual, the positive atmosphere turned somber once the rappers learned they would endure another elimination within the teams. Things grew tense between team members, especially when the judges showed favoritism toward one rapper over the others. However, this also spurred some rappers to work harder for the attention of the judges and led to stronger performances from everyone. 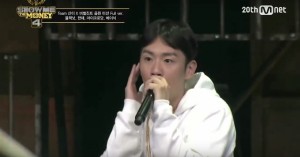 On the other hand, there were some rappers who struggled under pressure, which was the case with Hanhae. He flubbed his lyrics during the team challenge, yet Verbal Jint and San E didn’t eliminate him. Instead, they dropped Black Nut for wearing sunglasses to reduce his stage fright. The other judges and contestants were baffled by San E and Verbal Jint’s choice, and even Hanhae felt conflicted, but the decision was made. Black Nut would go home.

Down to their top three rappers, the teams were pitted against each other for diss battles. A random draw allowed Team AOMG to choose their opponents, so they went for Team YG. Given the poor results Tablo and Jinusean had in previous challenges, it was assumed they would be easy targets. Team AOMG took things a step further and even tried to lower the guard of Team YG by pretending they were ill-prepared for the battle. Regardless of their confidence, though, Team YG beat Team AOMG. 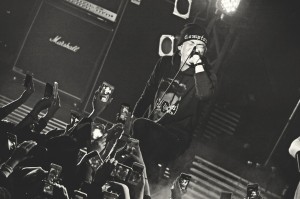 Next was the battle between Team Brand New and Team Zico and Paloalto. Because the audience judging the battles was comprised of the eliminated contestants of SMTM4, Zico knew there was a wall to overcome with Mino on the team. He was aware of the controversy of Mino being in the competition and how much worse it was since they were working together. Going forward, Zico knew he had to take that disadvantage into account.

Luckily for his team, another drama would overcome the wall of Mino. While their team discussed strategies against Team Brand New, Mino received a call. He left the meeting to handle the call and looked quite upset when he returned. Zico asked him what was wrong, but the scene cut before he could answer.

The answer was lurking elsewhere with Team Brand New. Hanhae talked about his guilt over being kept on the team despite his mistakes. The biggest concern in all of this was the fact that he’s an artist under Brand New. Having his bosses keep him appeared to show favoritism, so there was understandable conflict in Hanhae’s heart. Still, he was determined to prove their decision wasn’t pointless by working on his weaknesses. 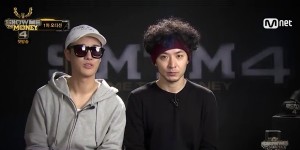 While Hanhae practiced with his teammates, Verbal Jint and San E met with the show’s producers. They wanted to ask for a favor: a chance to change their choice. Verbal Jint and San E realized they made a bad decision and wanted to reverse it. Although some could view this as a way of them fixing an unjust wrong, others could see this as an unfair advantage since none of the other judges were given this option. Actually, this meeting looked to have been conducted without any of the other judges present for input, making things even more complex and sketchy. How can this be fair if the other teams are completely in the dark about this meeting? Why weren’t the other judges called to weigh in on the situation?

This turn of events would prove quite divisive as Black Nut was summoned back to the show. He felt the original decision by Team Brand New was wrong and let them know it in a diss rap towards San E and Verbal Jint. After hearing what he had to say, Hanhae told his bosses he was okay with Black Nut competing instead of him. Things were fixed superficially, but it was clear there would be tension between Black Nut and his team captains from this point on.

And that brings us back to that mysterious call Mino had received. It was the show producers letting him know about Black Nut replacing Hanhae. It didn’t take long for this news to ripple through the rest of the show participants who felt Team Brand New gained an unfair advantage with this decision. Fired up by these events, Team Zico and Paloalto planned to destroy their opponents mercilessly.

As I’ve said before, what truly keeps a show interesting is the element of unpredictability. However, there is also something to be said for maintaining integrity through fair sportsmanship. Allowing Team Brand New to switch Black Nut and Hanhae during an integral part of the competition looks extra dirty. Verbal Jint and San E issued apologies for their role in the change, but the fact remains that none of the other teams chose to go back on their choices. Of course, they would’ve needed to be offered that option in the first place. 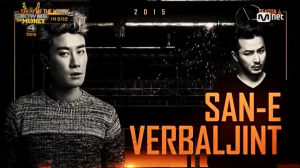 Team Brand New made a bad decision and should’ve been told by producers to deal with it, but instead, they were allowed a pass. Why? Well, it could be any number of things, but let’s go with the most believable reason — ratings. Once the Snoop Dogg episode aired, things became dull, so they had to spice it up somehow. I understand the desperation of the producers, but these decisions diminished what little integrity was left on the show.

When rules are manipulated to the point of blatant cheating, it leaves a bad taste in my mouth. I’m starting to even believe the rumors that Mino has been pre-selected as a winner, and everything is simply being scripted for entertainment. Why bother watching something when you know the outcome? The battles are barely exciting, which sucks for a show that should be focused on exhibiting the talents of these rappers more than stirring up controversy. It feels like a repeat of season three, just with a different cast. 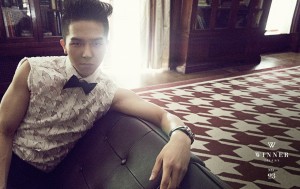 Perhaps my jaded observations are a result of being fatigued by American reality competitions that do the same thing. Scripted story lines manipulate the outcome by tricking the audience into rooting for whoever the producers believe is the star of the show. Mino’s lyric controversy threw a minor wrench in the producers’ plans, but it’s still clear that he’s valuable to them since the ending of most episodes involve a cliffhanger with him. It’s so obvious that it’s become annoying.

I want to be on board with this show, but their cheap editing tricks patronize the viewers by focusing heavily on backstage drama. It’s like they don’t trust the viewing audience to care enough about hip hop to want to see more dynamic performances. If anything, maybe it’s not the rappers who need to step up their game, so much as it is the show’s producers. Hopefully, the upcoming episodes will feature less stunts for ratings and better stages with the contestants.