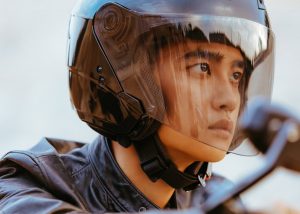 It’s been a long and anxious wait since Exo’s last comeback, and even longer since their last full album. It was a great relief, then, to know right from the first listen to Don’t Mess Up My Tempo that it was well worth the wait. There are stronger and weaker songs, but the way the album is compiled makes it one that can be enjoyed from start to finish without the need to interfere and skip anything. And although it covers a range of genres and moods, the album still manages to stitch everything together seamlessly and presents itself as a neatly packaged gift.

The album certainly has its less exciting tracks, most notably “Smile On My Face”. Despite having a somewhat memorable melody that crops up several times throughout the song, it isn’t made much use of, leaving the verses and pre-choruses feeling empty and underdeveloped. The chorus is nothing compelling either, giving off older SM-style-ballad vibes. The title song “Tempo” is somewhat disappointing too: squeaky sound effects in the chorus, pitch shifting, and an extremely repetitive tagline. What redeems it is the pre-chorus, and well-integrated (and distributed!) rap parts — for once, it doesn’t stick out uncomfortably, like in “Monster”, for example. The acapella bridge seems to have replaced the usual rap bridge, so that’s a small improvement; it’s still odd and jarring, but so is the rest of the song, so it strangely works.

And yes, the irony of the song is how it messes up its own tempo, but when that’s done at the expense of having a song with an enjoyable chorus and proper flow, it’s not entirely worth it. 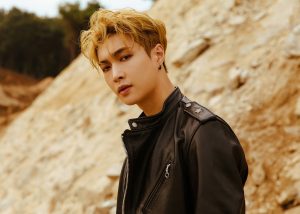 On the other hand, the album boasts several strong and solid tracks, such as “Sign”, “Gravity” and “Damage”. “Sign”, the second track on the album, is enough to make up for the title song before it — it’s got a great heavy bass, and that signature intense chorus, but instead of being sung in unison by the main vocalists, it gives a chance for all the vocalists to demonstrate their skill individually. “Gravity” is, for a lack of a better way to put it, the most ‘Exo-sounding’ song: equal parts fun and dramatic, with a wonderful dash of funky and electro, and a fantastic beat throughout. It’s also very creative for a song to sound like space, and that’s made better with the nod to “Power”  at the beginning. The lyrics also use cosmic imagery to explore a gravity-like pull of attraction:

Honey look at me now

Only the unanswered echo

Come back and keep moving

I will leave behind me again

“Damage”, near the end of the tracklist, shows off Exo’s improvement in their ability to pull off rap and hip-hop. Their rap is no longer painful now that it is tastefully spread throughout the song rather than thrown in during the bridge as an afterthought, and Chanyeol and Sehun do a great job in countering the strong vocals with their parts. 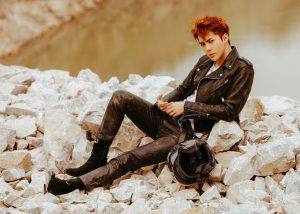 What is most impressive about the album is how manages to create a flow between these tracks and mellower ones. The transition from something as hard-hitting as “Sign” to a song as smooth and sensual as “Ooh La La La”, and then back to “Gravity”, should, in theory, be odd, but it flows brilliantly.

For the most part, the slower songs on the album definitely don’t detract from its quality. They each have their own atmospheric addition to the mood of the album, such as the lived-in old static rustle in “Ooh La La La”, the trap beat in “With You”, and the breathy and soothing tone of “24/7”. “Bad Dream” lies somewhere in between the soft verses and eerie pre-chorus feed into a loud Shinee-like chorus, but they are skilfully molded together so that the song feels like the ebb and flow of emotion while the narrator of the lyrics is alone at night.

Even if I listen to it, sleep is getting out of my mind

Tinged with the color of regret oh no no no

I do not believe I do not have you 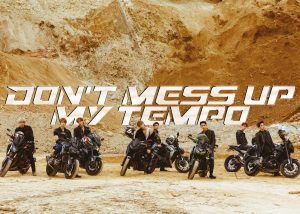 There’s an intriguing storm metaphor running through the lyrics too, evoking images of the narrator being lost at sea, going around in circles and trapped in an ended relationship that he can’t get over. “Oasis” is another sort of middle track, which works its mainstream pop sound into something a little more interesting, especially with D.O’s arresting vocals at the beginning and the progressive build of the beat. After “Oasis” is the Chinese version of Tempo, the final track on the album, which finally gives us a chance to hear Lay’s voice in an Exo song again.

On the whole, Don’t Mess Up My Tempo is one of Exo’s best albums to date, in terms of its consistent quality, skillful dappling in different genres and atmospheres, and how it joins everything together into a cohesive compilation of songs. The title song “Tempo” is the unfortunate Achilles’ Heel of the album, but this can be easily forgiven. The long-awaited release has been met with the success it deserves, too, with more than 1.1 million pre-orders alone. What did you think of the album?