Well, here we are. From 64, we have whittled down our brackets to the best of the best, in the eyes of our voters. From the visual and vocals side, we have NCT centre Taeyong, while from the dance and rap side Shinee maknae Taemin has emerged as a contender for the Seoulbeats March Madness crown. Both have moved on to the final stage, as seen in our bracket below: 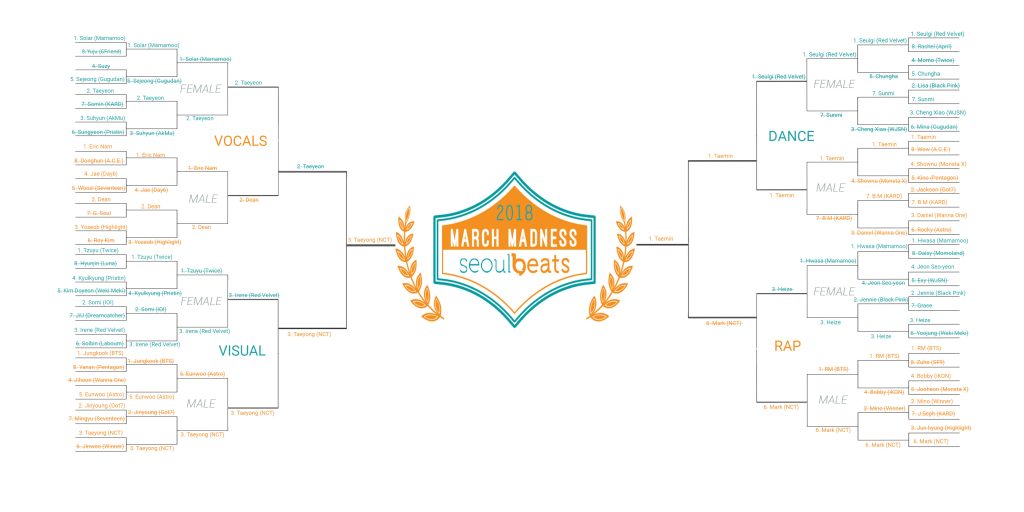 Taeyong took down our last standing woman, SNSD leader Taeyeon, but he had to work hard to maintain his relatively narrow lead over the “” singer. On the other hand, Taemin cruised to a won over multiple NCT unit member Mark; a curious occurrence when you expect both NCT members to be collecting votes from fans, but that just goes to show how damn unpredictable Seoulbeats March Madness can be.

So who will take out the title of Seoulbeats March Madness Champion for 2018? Only your votes will decide, so choose wisely!

The poll, and competition, will close on Sunday April 1st at 11:59 PM EST.