TVXQ Show Off Versatility in "The Chance of Love" 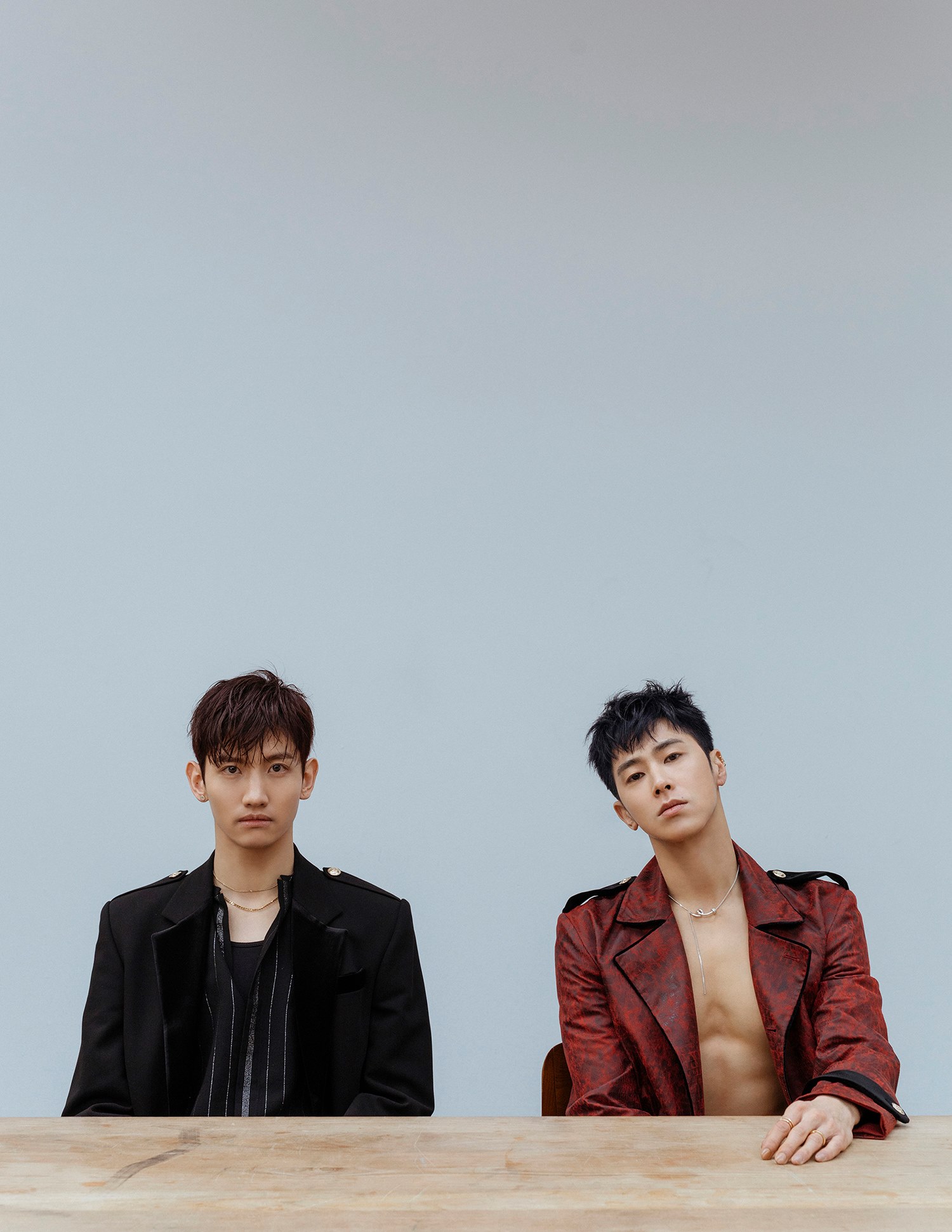 It has been almost three years — 982 days, to be exact — since TVXQ’s previous album. As such, fans of the 15-year-old group were anxiously awaiting the first Korean album after the group’s return from the army — and SM Entertainment knew this. With seven consecutive days of teasers, livestreams, Instagram updates and variety show appearances preceding the album release, TVXQ worked hard to raise the excitement around their comeback.

Overnight, New Chapter #1: The Chance of Love has topped the iTunes charts in 11 countries, and for good reason. In Yunho’s words, The Chance of Love shows off a multidimensional aspect of TVXQ: not only are they “mature [and] sexy”, they’re also “dandy [and] stylish” in the album.  While the album sticks to the modern TVXQ sound that they’ve been building up since Tense, it is jam-packed with a variety of genres that can appeal to more a wider audience.

I have to say though, the TVXQ members putting out various genres can feel like a double-edged sword. While listeners are bound to like a few songs, it can be difficult to sell the whole album to those who only listen to certain genres. Some songs can be absolute hits, and others a miss. Still, this makes a great marketing strategy to appeal to potential fans and current fans alike, and shows off their creative diversity.

The album starts of with a lighthearted song, “Love Line”. Its perky and upbeat instrumental acts as a great, refreshing introduction to the album. It may be the first time that Yunho and Changmin have a whole song that has such a high key from start to end, and that in itself makes the listener want to listen on. A cute song that talks about crushes and attraction, “Love Line” sets a mood for the whole album — that TVXQ are back with something new and refreshing, and that this new chapter after their army is only going to show how much more they’ve improved.

Following the fresh beats, we get the title track, “The Chance of Love”. It’s a pop song with a catchy chorus, and a classic love song which talks about two people being fated and how they should succumb to said fate without hesitating.

“It’s alright, it’s okay, we are fated,” Changmin and Yunho sing. Though there is nothing exceptionally exciting about the song, “The Chance of Love” grows on the listener with continuous play. The repetitive “oooooooh”s in the chorus are extremely catchy, and are bound to get stuck in your head. The bridge of “The Chance of Love” is also one of the most effective I’ve heard. At first, it got repetitive and lost me towards the middle. However, the bridge swooped in and seized my attention again. The pop track may not have been the best in the album (most title tracks aren’t), but it was definitely the safest track to be a title since it’s easy to listen to and has a catchy beat. 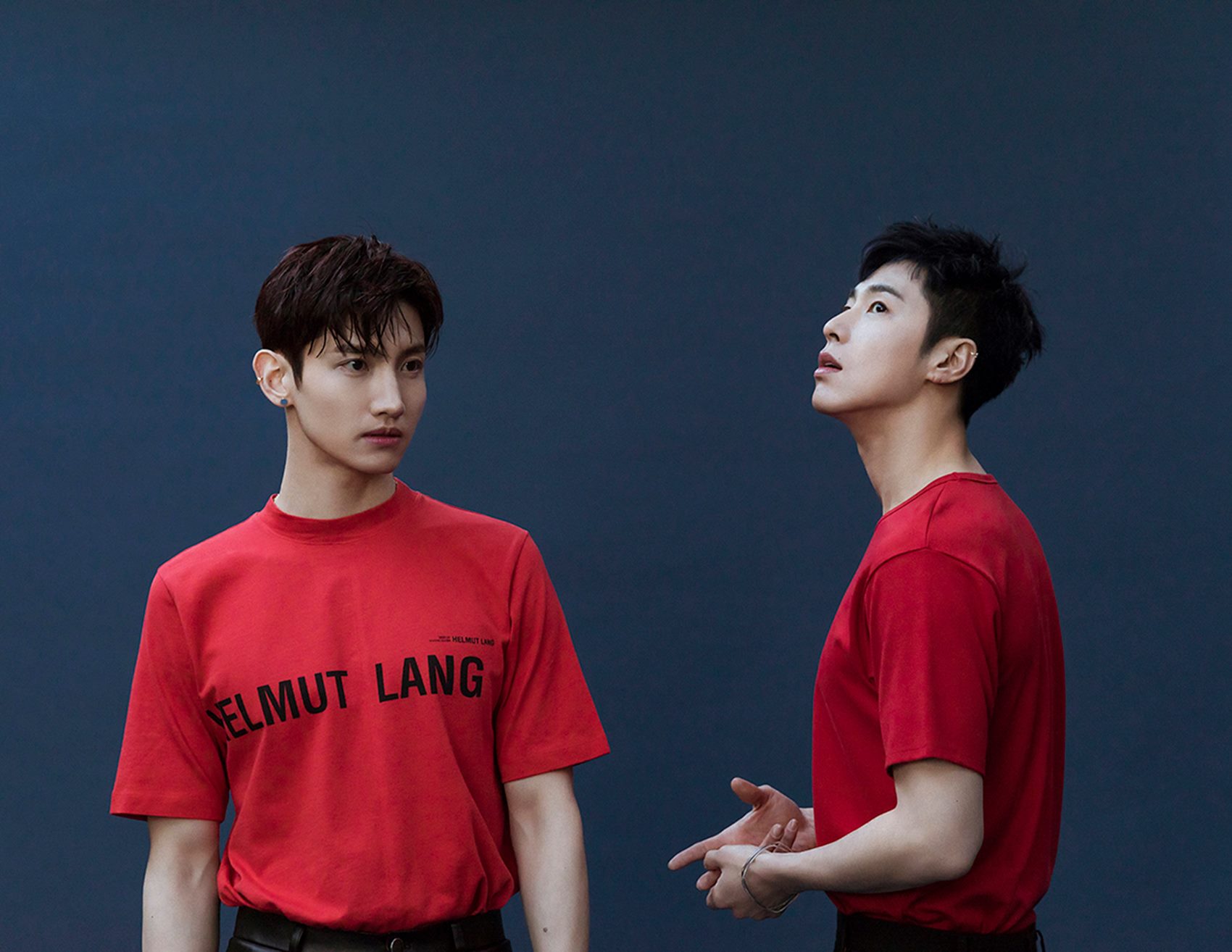 The Chance of Love then transitions to “Broken”, a groovy, contemporary ballad about a break-up. “Broken” is interesting in the sense that it displays how TVXQ has developed their sound over the past years, and yet manages to retain what TVXQ used to be in the past. The layering of vocals in the chorus reminds me of songs from their older discography, such as “Love is Never Gone” or “Love After Love”. Perhaps it’s because of the fact that Yunho’s and Changmin’s harmonising is done wonderfully in the chorus, with the synth in the instrumental bringing a sense of modernity into the song.

Then comes “Only For You”, another pop song with a more powerful instrumental than the past three songs. This track is where the turning point in the album occurs, as the songs become more upbeat and have heavier beats. With distinctive drum beats and heavy synth, “Only For You” talks about the narrator wanting to pamper their lover. The only qualm of this song would be the rapping. Yunho might have been a rapper since debut, but the element of rap feels forced and out of place. Nonetheless, the background vocals are such an integral part of this song, and really elevate the feel of the song. The combination of the quick beats and well-attuned vocals are sure to make one want to groove along. 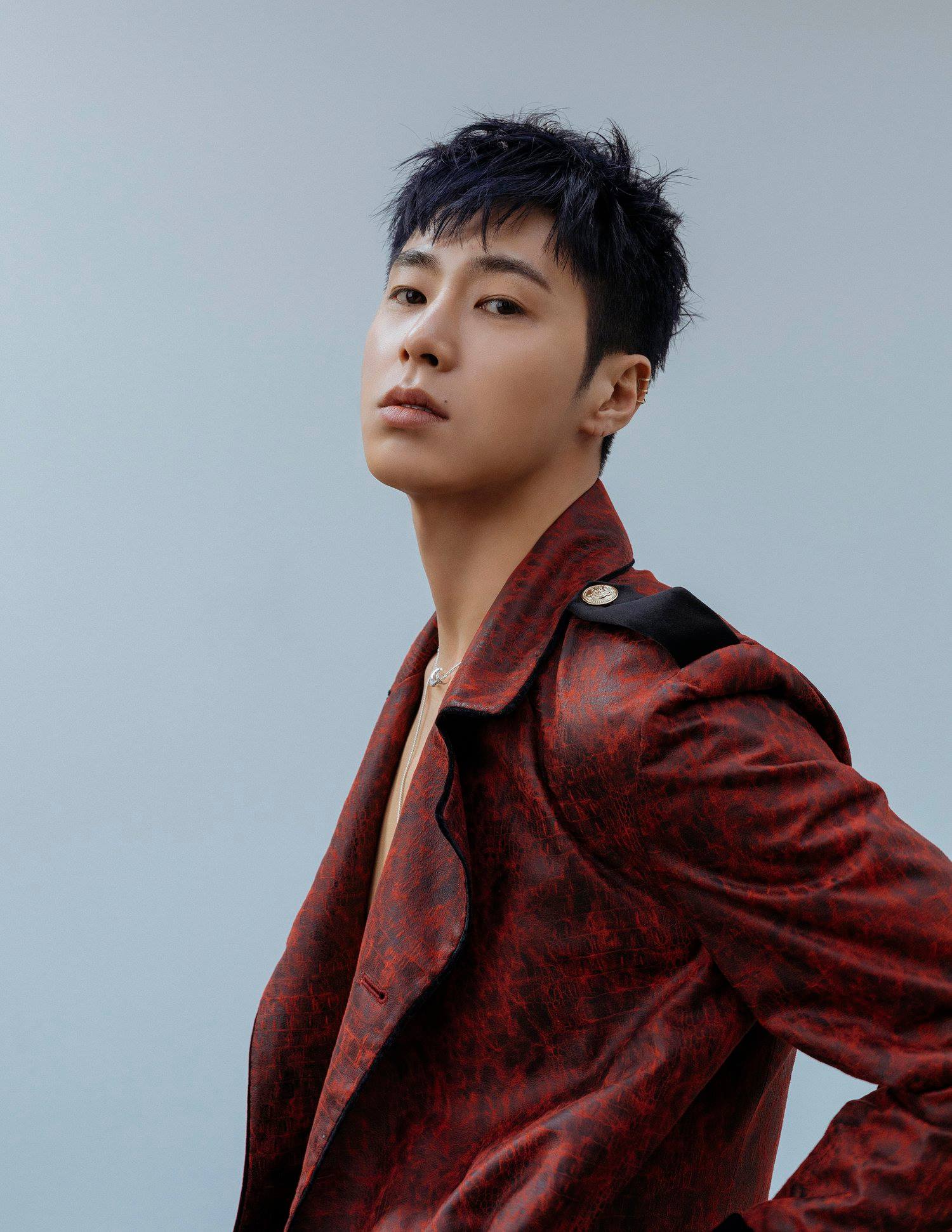 After “Only For You”, we get two solos. Unlike previous albums, where the solos were overshadowed by other tracks, the solos in The Chance of Love are extremely powerful. Moreover, unlike the contrast that Yunho’s and Changmin’s solos usually have, both their solos this time around are sensual songs about love.

Yunho’s solo, “Puzzle” is an immediate favourite. This R&B track, with hints of EDM, feels like an embodiment of Yunho’s dance style — all smooth, slick and fabulous. The percussions in the instrumental, the mini-drop before the chorus and Yunho’s developed vocals work extremely well to bring about a laid-back dance song. If the album hadn’t already enraptured you, then Yunho’s “Puzzle” is the one that would want to make you to dance. The steady build-up to each chorus, and the way Yunho sings “right now” in the chorus is a highlight of this song. The slight variation in the tempo throughout the song really engages the listener.

Changmin’s “Closer” is another smooth, groovy song. Just like “Heaven’s Day”, Changmin’s solo this time round is a pretty sexy song:

At times, tenderly,
I embrace you.
When our breaths touch each other’s
You and I become one, oh 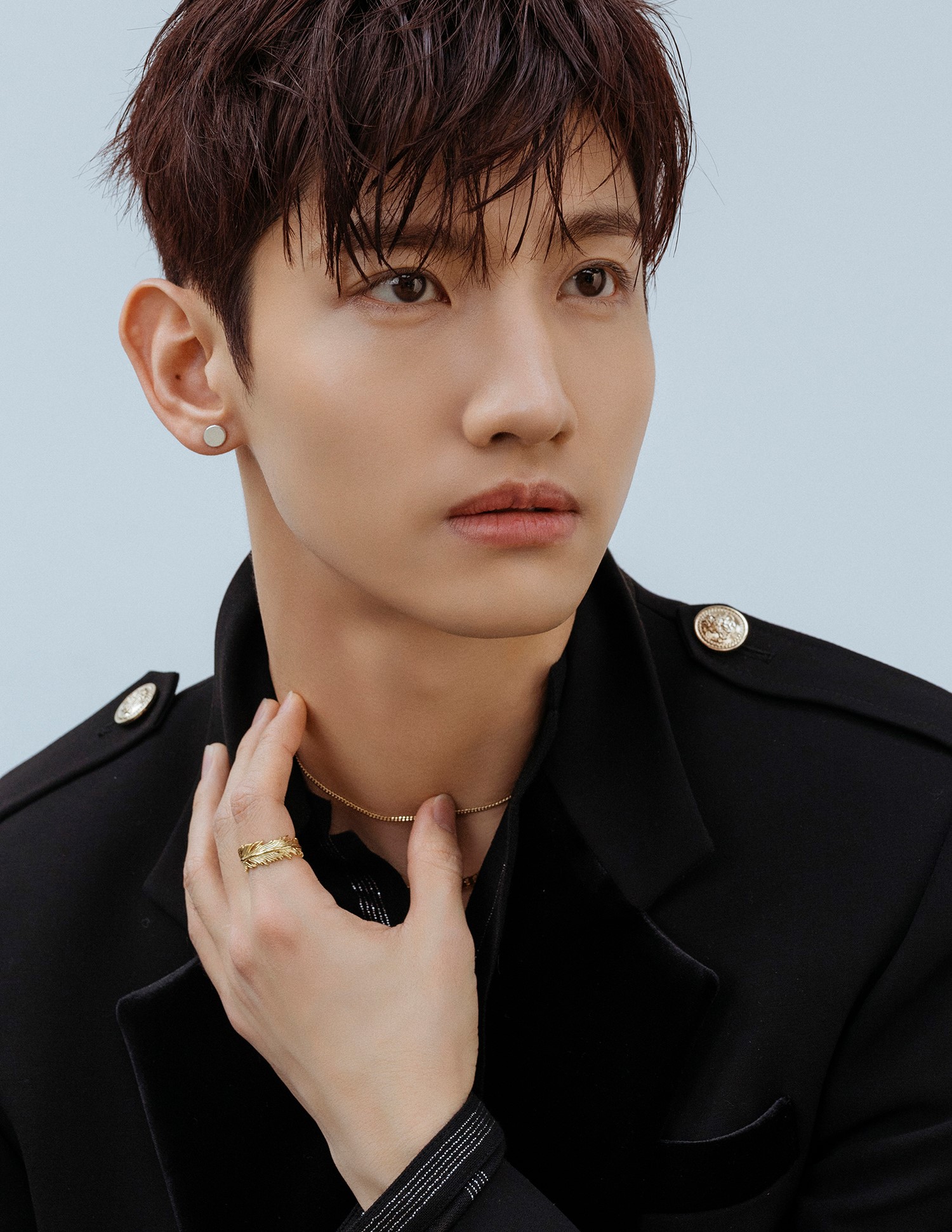 Changmin has the ability to produce a sensual quality to his voice, which, when paired with a slow, R&B backing brings across a dreamlike feel to his solos. The low, unfaltering timbre of his voice pairs exceptionally well with the stable beats in the background. As opposed to other albums, where the solos felt like an obligation to showcase their vocals, Yunho and Changmin’s solos flow smoothly in the tracklist and enhance the theme of love that is consistent throughout.

“Bounce” possibly has the heaviest beat in the whole album. This dance song boasts a strong bass and impressive vocals from both members. There’s also a contrast between loud, long notes and soft whispering when the members sing, which makes the track all that more captivating. And, of course, is it really a TVXQ album if Changmin doesn’t have a long, high note? Not only have they fulfilled that requirement in “Bounce”, but also made the note fit extremely well. In past songs, it could feel as though Changmin was made to belt just because… he had to. In this case, however, the note fits in perfectly and aids in making the last verse more engaging. 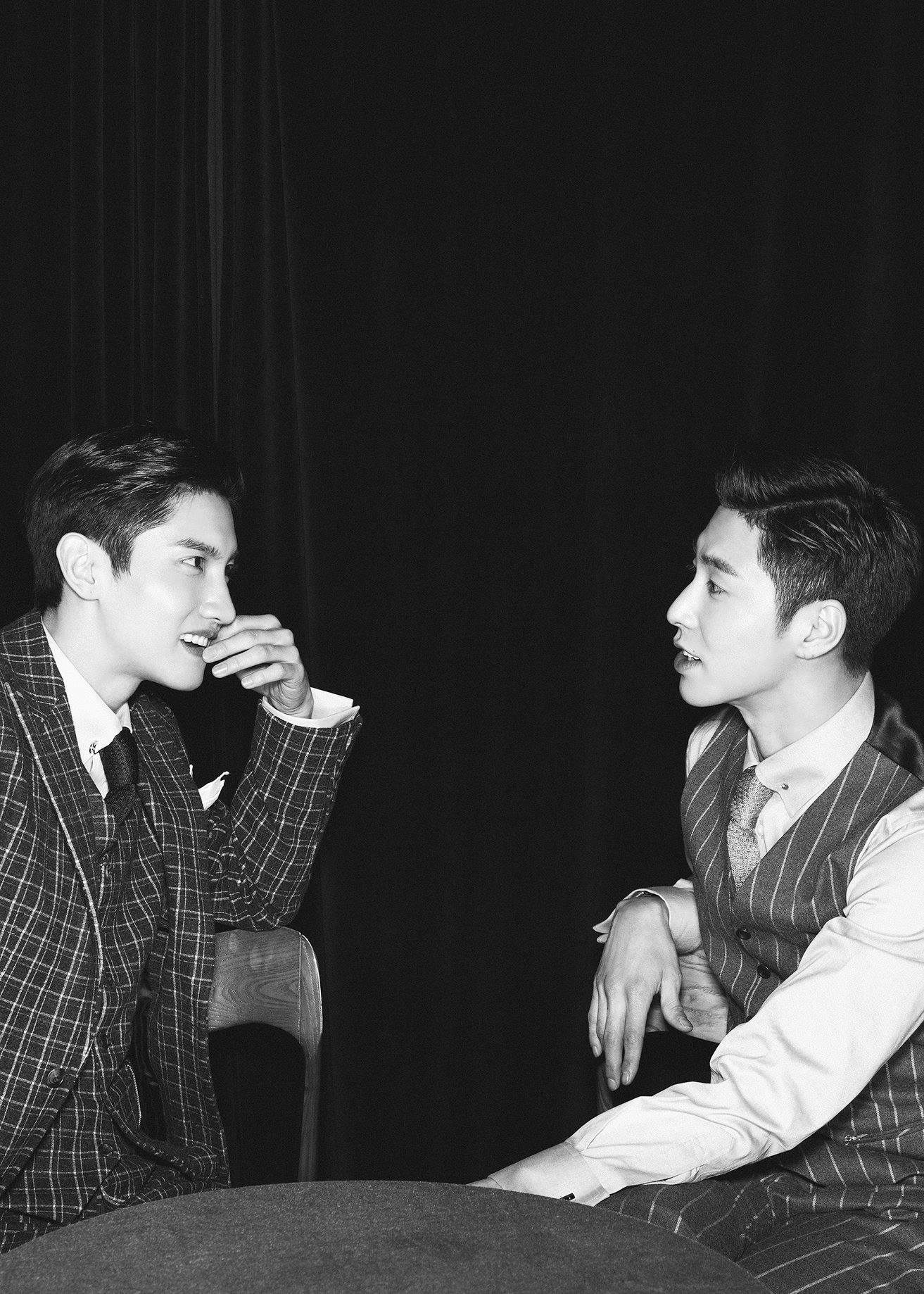 “Bounce” is followed by “Wake Me Up”. “Wake Me Up” has a lively and entertaining beat that is bound to wake you up should you be feeling lethargic. This dance-pop song has an interesting combination of drums, pianos, xylophones, and brass instruments that combine with the strong vocals of TVXQ to produce a energetic and enjoyable track.

The Chance of Love starts to wind down a trio of ballads, starting with “Lazybones”. “Lazybones” starts off slow with a mellow piano instrumental and Yunho’s low-end tenor before Changmin’s higher range comes in. What makes the ballad great, though, is the harmonisation and the dynamic vocal range displayed by Changmin and Yunho from the second chorus onwards. The slow introduction of this song may cause non-ballad fans to skip it, but it truly only picks up and engrosses the listener mid-song.

“Without You” is subsequent to “Lazybones”. A ballad with a melancholic feel, there’s something about “Without You” that makes it different from being just another ballad. I have yet to grasp what that something is, but “Without You” manages to draw in its listeners with a sort-of mysterious and charming quality to the song. Perhaps it’s enthralling just because it’s been too long since TVXQ has released ballads, or maybe it’s the muted drums, strings and percussions, and the voices of the members that is dazzling. 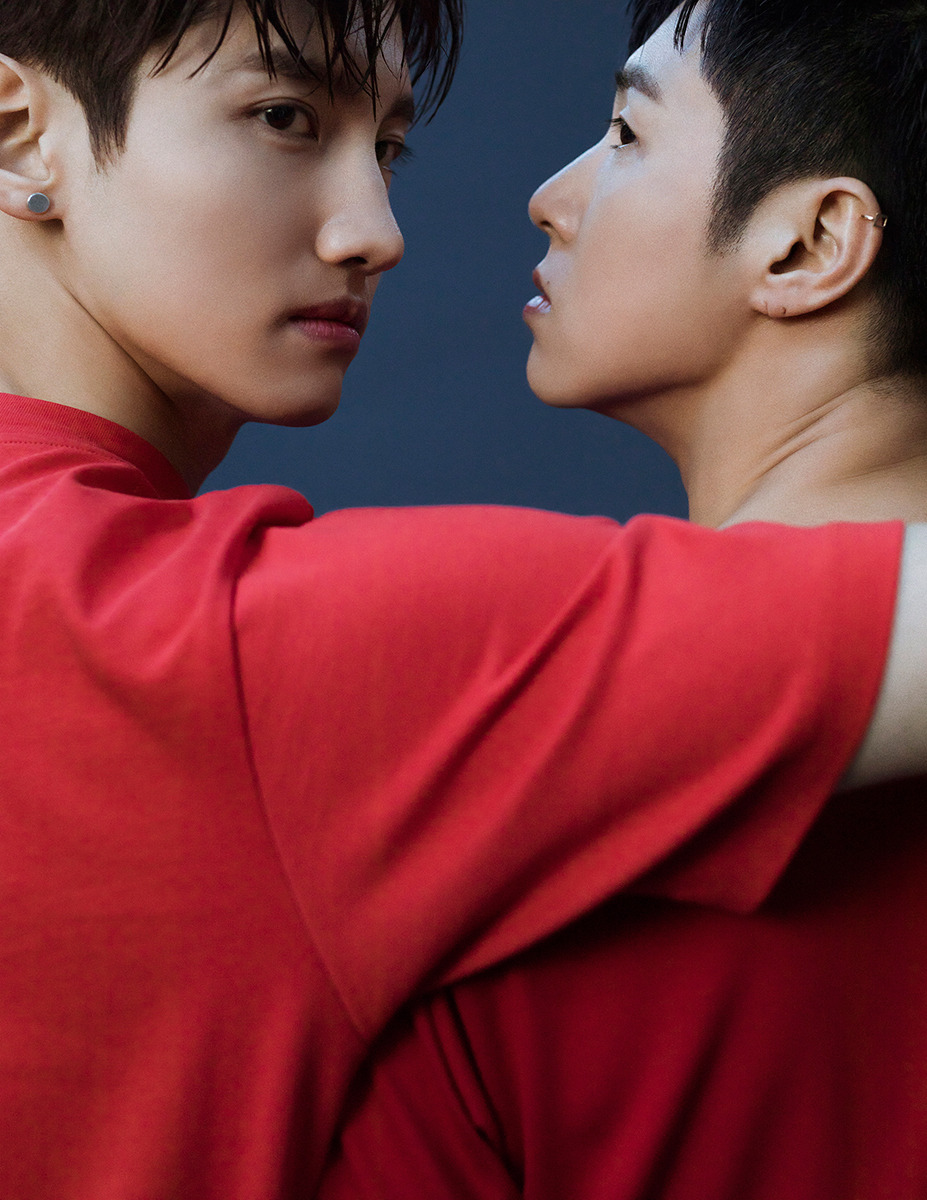 Written by Changmin, the album closes with “Sun & Rain”. A beautiful ballad that’s about the relationship between two lovers who are polar opposites, “Sun & Rain” leaves the listener lingering and wanting more. (If you put the album on loop, “Sun & Run” transitions smoothly back to “Love Line”.) The poetic lyrics of this song are evidence of Changmin’s writing style. All three ballads work wonderfully to flaunt the vocals of the members. Some of TVXQ’s ballads can feel like they’re lacking, such as “How Can I”, but these ballads have wonderful compositions that immerse the listener.

Though not all the songs might appeal to everyone, SM and the members of TVXQ have done a wonderful job in choosing songs that complement their vocals. By choosing a variety of genres, TVXQ shows growth musically and creatively, and it’s amazing how none of the songs are a downer in terms of showcasing their musical range. 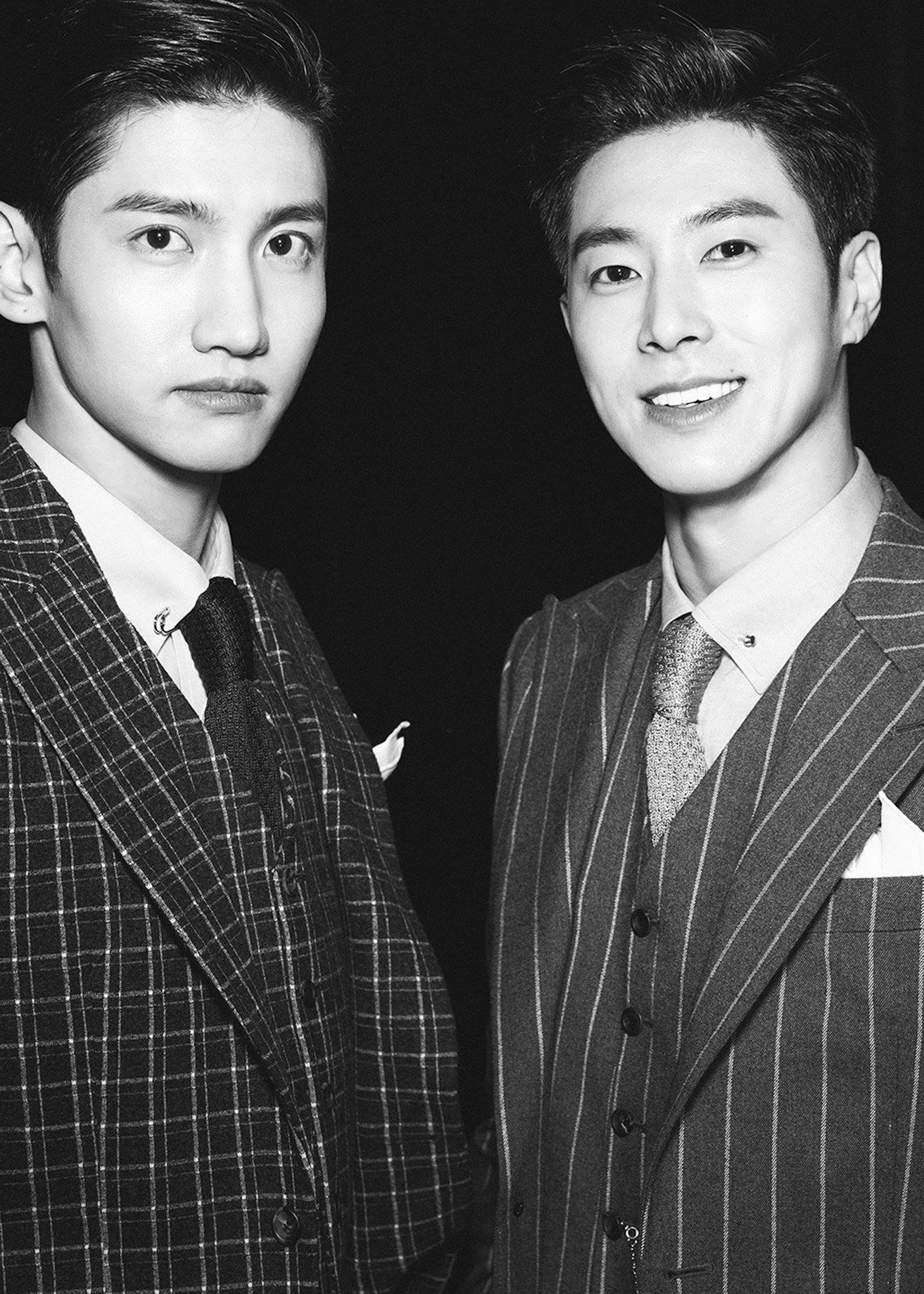 TVXQ worked more on their creative direction, with the members claiming that they’ve had more creative input in this album than previous albums. That has gone decidedly well, since they have chosen the theme of having a chance at love and kept it consistent throughout the 11 tracks. Unlike previous albums, this is probably the first time that TVXQ has stuck so close to a certain direction, and it definitely helps in portraying a more cohesive, wholesome album. The Chance of Love is a testament of TVXQ’s experience and skills, as well as their tendency in wanting to push themselves despite many years in the industry.