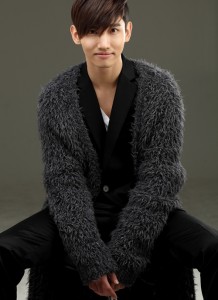 One thing that’s always impressed and frustrated me about DBSK, past and present, is the members’ abilities to compose and create their own music. The former members of DBSK—Jaejoong, Yoochun, and Junsu—have proven their prowess with a pen and behind the sound board.

Following the very public breakup of the quintet, the men of JYJ have created most of their music, with varying levels of success and audience acceptance. Nevertheless, their creative endeavors have been well-documented and quite prolific. However, what frustrates me is why the two remaining members of the group must still rely on SM’s production team to create all of their songs. That hasn’t stopped Changmin from flexing his creative muscle and delivering some truly gorgeous K-pop balladry.

While he didn’t do a great deal of composition work while the group was still five, Changmin first tried his hand at songwriting on DBSK’s fourth and most successful album, Mirotic, when he penned the Korean lyrics for their classic “Love in the Ice.” As most people already know, the song is incredibly evocative, the vocal and musical compositions alone eliciting visceral reactions to all who listen to it. But Changmin’s translation of the ballad adds an emotional weight to the music that anchors it and creates a lasting impression.

While the Japanese lyrics—penned by Suzuki Daisuke—speak of a harsh love, borne through suffering and an icy desire to ignore the natural impulse to love, Changmin’s translation is… softer, much like the difference between singing in the sharper cadence of Japanese and the smoother rounded contours of Korean. Changmin took creative license, transforming the song from a power ballad about love’s redemption through heartbreak into a song about holding strong to one’s lover, holding that love between them and warming it, blocking out the ice instead of letting it settle and crack the foundations of their connection.

When the fivesome became a duo, Changmin was given more room to explore his creative side. He’d already started learning guitar—an instrument none of the members really professed to have any tangible knowledge of, piano being their weapon of choice—so branching out on his own creatively was naturally the next step. The group’s debut album as a duo was a noticeable tentative step into finding the group’s new voice. This was the perfect opportunity for Changmin to prove himself more than just a competent translator.

His solo track “Confession” is dripping with heartache. The narrator has recently broken up with a lover, someone who has impacted him so much, he’s found it hard to move on, claiming, “Not once, not for a moment, did I think I would become a ‘me’ without you.” However, as time passes, he begins to let go of the memory of the one who’s hurt him. “Confession” is sweeping and emotional, a surprisingly layered piece of balladry that’s mostly piano until the song’s climax, when it builds in grandness with strings and a chorus of male voices. Much like his translation of “Love in the Ice,” Changmin uses imagery and metaphor quite poetically, the song acting as a canvas for which he paints his story scene by scene.

“That slightly cold dawn,
when the darkness lifted, and the dim lights turned off one by one
This path that I’m already used to,

where I watch you tell me that it’s already too late,
and I purposely return to somewhere far away.” 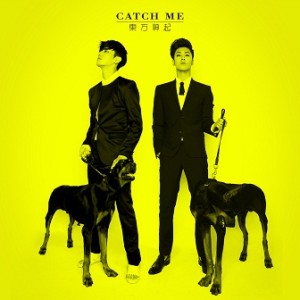 The trend of Changmin being allowed to contribute one song per album continued on the group’s next album. 2012’s Catch Me was a hit-or-miss affair, with some unfortunate work form The Underdogs and an unfocused album construction. However, “I Swear” was a beautiful drop in the midst of overbearing dubstep and attempts at futuristic electronica. As with Changmin’s previous offerings, it’s soft and sweet, with an undertone of heartache and introspective regret. This time, our hapless narrator finds his heart in turmoil because even after knowing his heart belongs to a certain someone, he’s incapable of admitting it to her, “because I was shy.”

Only after he’s let her go does he finally confess that he loves her, thanking her for being in his life, declaring at the song’s climax, “Even when the darkness draws near, love you baby, I love you, thank you.”

After finding success as a songwriter for his own group, Changmin decided to offer his hoobaes in SHINee one of his compositions on last year’s Why So Serious? – The Misconceptions of Me. The track, “Can’t Leave”—which was later changed to “Sleepless Night”—is another beautiful ballad, musically sparse, highlighting the group’s vocals while giving the lyrics room to unfold without being weighed down with overexaggerated composition. It seems Changmin’s penchant for the emotionally raw extends to other artists he collaborates with. Without reading too much into it, there seems to be someone that he misses desperately, someone he regrets letting go. So much so it keeps him awake at night, forcing sleep to skip just out of his grasp until he puts pencil to paper and writes out the whispers of could-have-beens and what-ifs that just won’t leave him alone.

“A sigh weighs me down carefully
And won’t let me sleep, yeah
I tell my empty heart that it’s a fool
Why can’t I cry even though I’m in pain?
The memories of loving me may be a bit difficult
But I break down as I see you letting them go one by one

I can’t leave
You are more precious than I am
Come back again
Tonight, yeah

I can’t
The days that were so beautiful
Even the times we hated each other
I miss them so much, I can’t forget them
Come back again, yeah”

For TVXQ’s tenth anniversary, we got an album that was, again, love it or hate it. And just as their previous Korean releases, Changmin’s work stood out. “Rise…”, as with all of Changmin’s offerings, is incredibly emotional and boldly introspective. It speaks about the hardships blocking one’s path, how pain and failure will always follow you, slow you down, and make you question yourself. But, he posits, “if you give up because things are too hard, will you truly be free from the pain that tortured you?” I say “Rise…” is “bold” because the placement of the song is clever. Tense is the album marking the tenth anniversary of Yunho and Changmin as a group, whether as five or two. As such, each song has some significance regarding their journey. And while Changmin is the only group member with a lyrical contribution, it’s fitting that a song about suffering through failures and betrayals and celebrating the small triumphs would land on the album.

Even if you wander in the thorny darkness and fall down, get up again
When you lift up your shadowy head, time will come without fail
And shine brightly on the path that was thick with shadows

Little by little, the silent miracles rise up
It will seep into you once again”

I’ve always lamented that Yunho and Changmin haven’t been given more of a chance to express themselves creatively on their albums. Unsurprisingly, Changmin’s creations haven’t found light as lead singles or even B-sides. SM has given them very little rope in that regard; however, each track he contributes goes to show that he’s got the chops to handle writing for the duo. The power of his lyricism is verily felt in TVXQ’s releases. There’s a haunting maturity in each song, penned as though from the heart and mind of a man much older in body and experience than the 26-year-old. Especially following the group’s division, listeners can feel the longing and even heartache in his lyrics. Such heaviness lends itself beautifully to emotional balladry, and Changmin acquits himself quite well.