Finding the Extraordinary in a "Very Ordinary Couple" 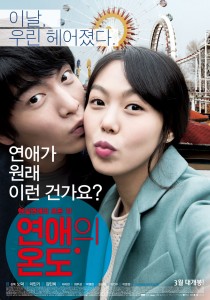 “87% of couples that break up get back together.

Director Noh Deok’s debut feature “Very Ordinary Couple”, at first glance, looks to be the antithesis of the romantic comedy genre it is billed as– it begins in media res with the first breakup of the titular ordinary couple, Jang Young (Kim Min-hee) and Lee Dong-hee (Lee Min-ki), and its ambiguous ending does not end with a neatly-tied “happily ever after.” Yet as we follow Young and Dong-hee’s journey to stay in the “3%” and the vicious cycle of breakup-make-up-breakup again they are caught in, the strength of the film shines through as a character study of two people who sincerely like each other, but whose romantic relationship falls apart despite– or perhaps because– of it.

Plot-wise there are no grand narrative gestures, no insurmountable barrier of chaebol boy and candy girl, no jealous potential mother-in-laws or other formulaic tropes that one might come to expect from watching Korean dramas. Yet it is wise to remember that the tradition of Korean film has generally been more eclectic than the trendy rom-coms populating the small screen. Instead, the film exposes the characters in a way that makes them both simultaneously vulnerable yet unlikeable. Unlikeable not as in repulsive, but simply so human that their flaws and occasional neuroses make it hard for the audience to root for either Young or Dong-hee, or even support their getting back together when it becomes evident that the second do-over leaves them both in a place not unlike that of their first, most potent break-up: miserable. 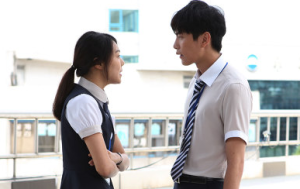 In a film so minimalistic and pared-down, much weight falls on the shoulders of the two leads to carry the main emotional and narrative momentum of the plot, and both Lee Min-ki and Kim Min-hee deliver. While both have their great moments, such as Young’s smashing of Dong-hee’s laptop and sending the remnants back to him in the mail, it is nonetheless perhaps stating the obvious to say that the film sparkles in the scenes where both of them are 1. fighting 2. being loving 3. fighting again and 4. breaking up for good (or do they…?). Due to the fact that the supporting cast very much form the supporting cast of any mundane, average person’s life, from colleague to boss to potential romantic replacement, it is perhaps better that they remain the relatively one-dimensional character tropes they are in order to further illuminate the extraordinary in the “very ordinary couple.”

In this sense the mockumentary style of the film serves it well; rather than add a sense of detachment as a result of the medium, the resulting effect is rather like that of a car crash one can’t draw eyes away from. In the beginning the antagonism between Young and Dong-hee is palpable, and the audience (as well as they) see rather clearly the potentially disastrous consequences of getting back together. Yet eventually when they get back together it is not the expected triumphant moment as Young quips that “only 3% of couples who get back together stay together.” Despite how the mockumentary style is occasionally confusing when the characters randomly interrupt the flow of the narrative to break the fourth wall, it also adds a sense of self-awareness to the film in its dissection of a very ordinary relationship to find out what made it right and what made it go wrong. 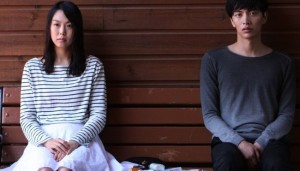 The end, when it comes, is neither overwrought nor dramatic. Following yet another argument in the rain Young and Dong-hee eventually break up another time, perhaps for good, yet this time the breakup is nowhere as antagonistic as it was in the beginning of the film. The rain clears, and the two characters ride a rollercoaster that perhaps serves as the metaphor for their tumultuous relationship throughout the film– and also a bittersweet reminder that Dong-hee would rather sleep in than go to an amusement park with Young back when they were still together– before parting ways.

That ending would have sufficed as a narratively satisfactory ending to this not-a-romantic-comedy. However, the film never fails to subvert expectations again by tagging on an epilogue scene where the two meet again at a mandatory company screening of the “work documentary” in which they appeared in, and after an initially awkward exchange Young and Dong-hee decide to bunk off the film viewing together for a meal. The film finally ends with the two walking into the distance down the streets of Seoul and into the unknown future.

Does this choice to leave their ending deliberately ambiguous defeat the whole point of the plot of the previous 2 hours, if it turns out that the bulk of the film (and beyond) is simply a documentary of their breakups and make-ups? I for one am inclined to disagree– perhaps the audience will never know if Young and Dong-hee make it into the 3% or stay in the 97% of couples who break up a second time, but that’s for them to decide, and because of the realness of their characters, it is not hard to believe that that decision will be made eventually. 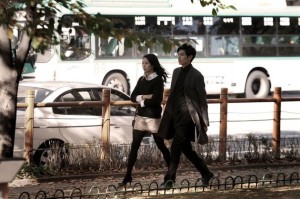 If anything, the ending of the film serves as a reminder that this is simply the story of a “very ordinary couple,” and how even being in love does not allow them to overcome the problems in their relationship, or prevent them from making bad decisions that hurt each other. In choosing to use her own life and those of her friends as the basis for the film, Noh has succeeded in creating a genuine, authentic portrayal of a relationship breaking down and rebuilding itself that is a refreshing gem among the spectrum of twee to seriously disturbing that on-screen relationships in Korean cinema/television seem to inhabit.

A quote in the movie probably sums up the essence of Young and Dong-hee’s love best:

Our love was not sweet, beautiful, or full of excitement. It was a normal, ordinary relationship. But we were both sincere. We really loved each other. Probably the most magical thing to happen in my life.

Thus, “Very Ordinary Couple” ultimately subverts its own title by having its characters admit to love not being the epic on-screen romance one might expect, but instead being “magical” in its sincerity and utter ordinariness.