Super Junior's "Play" Is Senseless Funk at its Best 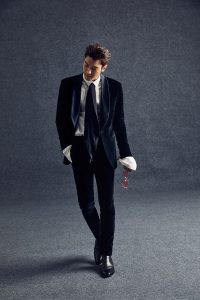 It would be a bit of an understatement to say Super Junior has had it rough in the months leading up to their comeback. Back in 2016, Kangin was embroiled in yet another DUI incident, placing him on a hiatus from all of his activities in entertainment and leading him to sit out on this comeback. Kyuhyun and Ryeowook had enlisted for their mandatory military service, leaving Super Junior short of two main vocalists. Still bitter from how news of his marriage was handled, Super Junior Gallery, a Super Junior fan community, voiced its intention to boycott recently-discharged Sungmin’s activities until he’s been given the boot, leading to announcements that he wouldn’t be taking part in the comeback either.  And of course, the proverbial cherry on top of this cake was the news of Siwon‘s dog inadvertently causing the death of a civilian, which meant that despite having already taking part in the recording of the album, Siwon would have to sit out of all promotions this comeback until the public backlash had subsided.

Taking all of the above into account, while I have to give them credit for releasing their comeback album despite every successive setback they’ve been through, my hopes for this release were not very high. So you can imagine my surprise when Play far exceeded my expectations, easily being one of their most cohesive albums yet. On my third listen, head-banging to “Good Day for a Good Day”, I can’t pinpoint the exact reason why.

Perhaps it’s the production. The entire album sounds largely inspired by 90s-era RnB and synth funk that would not have been out of place from Bruno Mars’ latest album, 24K Magic. “Scene Stealer”, in particular, sounds particularly reminiscent of its title track, and that’s not entirely a bad thing, when you realize how well the whole song comes together. You’ve got the catchy hook, the verses delivered with pomp and sass, ad-libs that just add to the overall energy of the song, and it’s glazed with auto-tuned vocal runs here and there that really complete the piece. Penned by Eunhyuk, it’s easy to see how “Scene Stealer” almost became the title track; like the previous Super Junior release, “Shirt”, the entire song just begs to be performed.

Play suffers little from it, because the title track “Black Suit” is just as good, if not better. Setting the tone for much of the album, “Black Suit” is bombastic yet refined, and backed up with synths and stellar instrumentation throughout. Lyrically, it’s one of Play’s more sultry and imagery-heavy tracks, describing the singer’s effort to win a girl’s affections with his black suit. Taking all of that into account, it’s arguably one of the best tracks of the album, and the right choice for Play’s title track.

A Black Suit to steal your heart

Your rouge smudges on my clothes

Heat it up, all night, it burns up

Even the sound of our breathing is hot, mood

A Black Suit to steal this night 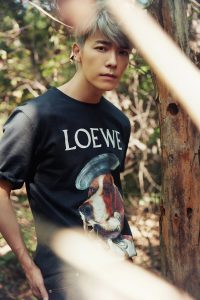 Perhaps it’s the relative consistency in sound throughout Play. Cohesiveness in an album’s general sound is generally rare in K-pop, so I’m quite pleased when much of Play follows the title track’s style. “Good Day for a Good Day”, “Spin Up” and “Runaway” are all in keeping with the general brassy sound of 90s RnB and synth funk, with “Good Day for a Good Day” being a standout with its memorable chorus and addictive beat, even if the refrain, ‘it’s a good day for a good day’, makes absolutely no sense even with context.

Why? Wanna shout out loud? I do, with you

A bit farther, a bit higher

It’s getting hotter, so good

The songs which don’t necessarily follow Play’s signature style are effective as a breather, for the most part. “One More Chance” — or “Don’t Leave like the Rain” in Korean —  is one of the more successful tracks, with its straightforward approach and poignant lyrics depicting the singer wishing for one more chance to see an old flame. The absence of powerhouse vocalists Kyuhyun and Ryeowook means that the remaining members must take their place, and hearing members like Shindong who doesn’t usually get many parts sing a sizeable chunk of the song only adds to the overall sincerity of the track. My only nitpick with the track is Eunhyuk’s rap, which actually works fine for much of the album, but feels especially shoehorned and monotonous in this track in particular, but that being said, it’s a solid track with great vocals, and a very good pre-release.

And in the wet traces, I’m looking for you

If only I could do this once more

Just one more chance so I could see you 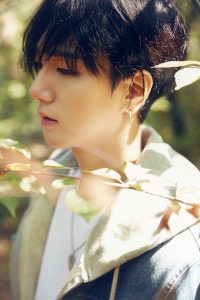 The album’s closing track, “I Do”, is another standout. Depicting a man on his wedding day, delivering his vows to his significant other, the song is charming, and its earnest lyrics over a simple piano instrumental go a long way in making it a memorable track, even if the ending seemed a little abrupt. The highlight has to be when Heechul comes through with an deftly done verse after the first chorus, which is better than anyone has the right to expect, all things considered.

I swear to you until your hair turns white

Even when it snows and rains, I’ll love you and protect you

But it’s been one year and we can last forever

Even if the sun rises from the west

Perhaps it’s the general feeling one gets listening to the album that Super Junior doesn’t seem to take themselves seriously. As a casual listener whose favorite Super Junior track of all time is the farcical “Oops” — tying with K.R.Y.‘s “Dorothy” — Super Junior’s laid back approach to their music is refreshing, and they make no effort to hide it, making the rest of their album — consisting of feel-good tracks about partying and letting loose, such as “Spin Up” — that much more enjoyable.

That isn’t to say that Play is without its missteps. Shortly before the album was to be released, ELFs were delighted to hear Kyuhyun would be participating in two tracks he had recorded before his enlistment, “Girlfriend” and “Too Late”. Pity those tracks turned out to be rather uninspired. “Girlfriend” suffers from a weak hook, and a misfire of a rap verse from Eunhyuk. “Too Late” just feels clunky as a whole, with its plodding beat and lackluster chorus doing nothing to help its case. Listening to both tracks, one gets the feeling that Kyuhyun’s incredible voice isn’t utilized very well, and it doesn’t add that much to the songs in question. Maybe a better chorus and a few expertly-done vocal runs here and there would have made his presence felt a little bit more, but as they are, Kyuhyun’s features feel wasted.

That being said, Play on the whole is a very enjoyable album, and I like the direction Super Junior has taken with this comeback. Even amongst 7 members out of what once was thirteen, there’s enough versatility in vocal colors to keep songs from being uninteresting, and each remaining member manages to hold his own, with Yesung especially rising to the challenge to take the place of both Kyuhyun and Ryeowook. One hopes that Super Junior manages to recover from their string of controversies and setbacks, and return as a whole group very soon, for if this is the end product of them 4 members short, I can’t help but anticipate what they can do as a whole once more.