DIA Falls Flat with "Will You Go Out With Me?" 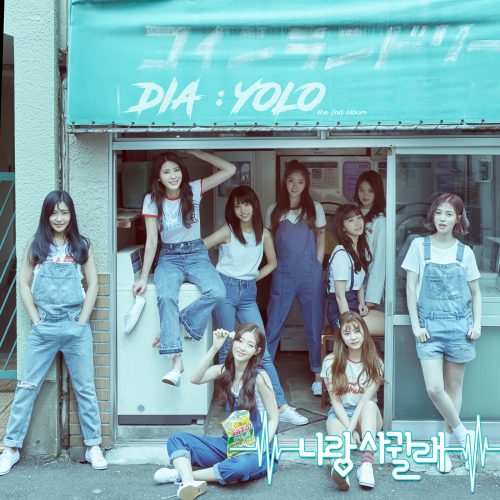 The past year or so has been a rocky rollercoaster for DIA. After Chaeyeon and Hee-hyun appeared on Produce 101, with the former joining I.O.I, DIA gained one member and bid farewell to another; Eun-chae joined the group in March of last year and MBK Entertainment announced in April that leader Seung-hee would be leaving the group once her contract expired at the end of the month. Fast-forward a year later to April 2017, and DIA has welcomed two more members, Joo-eun and Somyi. With their second full-length album, YOLO, the group has released “Will You Go Out With Me?”, their first title track as a nine-member ensemble.

“Will You Go Out With Me?” is a synth-driven pop song characterized by an abundance of cuteness. From the shrill pitch of the girls’ voices to the repetition of “oh my” throughout the song, “Will You Go Out With Me?” practically drips cuteness. Written with the help of members Eunice, Hee-hyun, Jenny, Ye-bin, Eun-jin, and Chaeyeon, the song’s lyrics convey the protagonist’s frustration with her love interest’s push-and-pull tactics as they start dating:

Hey baby baby, will you go out with me?
Stop playing games
What do I do? My shocked heart
keeps pounding
What’s wrong with me?
My face grows red whenever I see you
But still, I like you, what do I do?

The MV, shot in Japan, opens with Chaeyeon walking down a street in Tokyo. She contemplates calling her boyfriend, but decides not to in case he’s asleep. The scene then pans over to Chaeyeon sitting with the rest of DIA in a cafe, then receiving a KakaoTalk message from her “oppa.” Her members urge her to message him back until he abruptly calls her via FaceTime. The camera then cuts to DIA skateboarding — or rollerskating, in Chaeyeon’s case — down a street near the ocean. Throughout the MV, the camera cuts in between Chaeyeon’s Kakao conversation, the girls walking through the streets of Tokyo, then dancing to a tennis court.

Although the connection between the lyrics and the MV is there, it’s faint. The MV could’ve been polished for cohesion, especially for the pseudo-dramatic opening. It felt out-of-place, but I will commend the video’s aesthetic. The black-and-white of the city streets contrasts well with the soft pastels of the dance cuts and skateboarding scenes. It added a lot of visual beauty to the song and almost managed to distract me from the video’s apparent flaws.

Nevertheless, the video’s outstanding visuals couldn’t save it from its biggest downfall: too much Chaeyeon. Now it would seem as though pointing this out would be to no avail, but it’s still worth pointing out for its own sake. Ever since Chaeyeon became a member of I.O.I, MBK has really been pushing her as the center of the group to the point that there’s basically no difference between calling the girls either ‘DIA’ or ‘Chaeyeon and her back-up dancers.’

Looking at the MV for “Will You Go Out With Me?” alone, it’s like a short film where Chaeyeon is the main actress and the other eight members are her supporting cast. Matter of fact, it kind of is. It’s not only disheartening for the other girls, but also just a really annoying tactic on MBK’s behalf. Personally, I would love to see some more promotion for Eun-jin, who’s a pretty good singer and an even better dancer.

All in all, while cutesy songs aren’t necessarily my favorite, “Will You Go Out With Me?” is an alright track. The accompanying MV isn’t the best, it does a fair job of reflecting the song’s lyrical content. If you can get past the almost-exaggerated cuteness of the song and the fact that the MV is 94% Chaeyeon, you might just enjoy it. 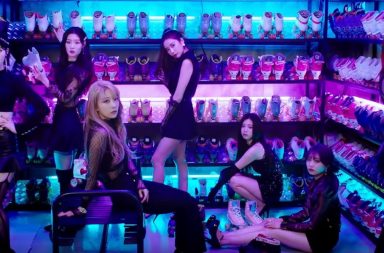 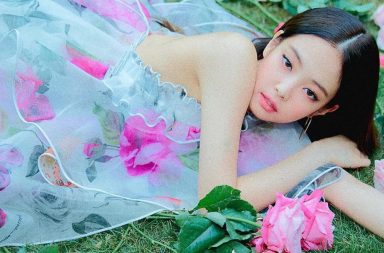 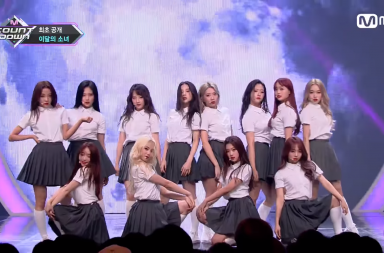