Welcome to the Round of 64! Seoulbeats March Madness, aka the annual Hunger Games of K-pop, has officially begun. The first round of battle is always the most interesting as all 64 contestants are in play and each one still has a chance to win it all. Half of the field will be eliminated and half will move on to the next round based on your vote. Here’s how the competition stacks up. 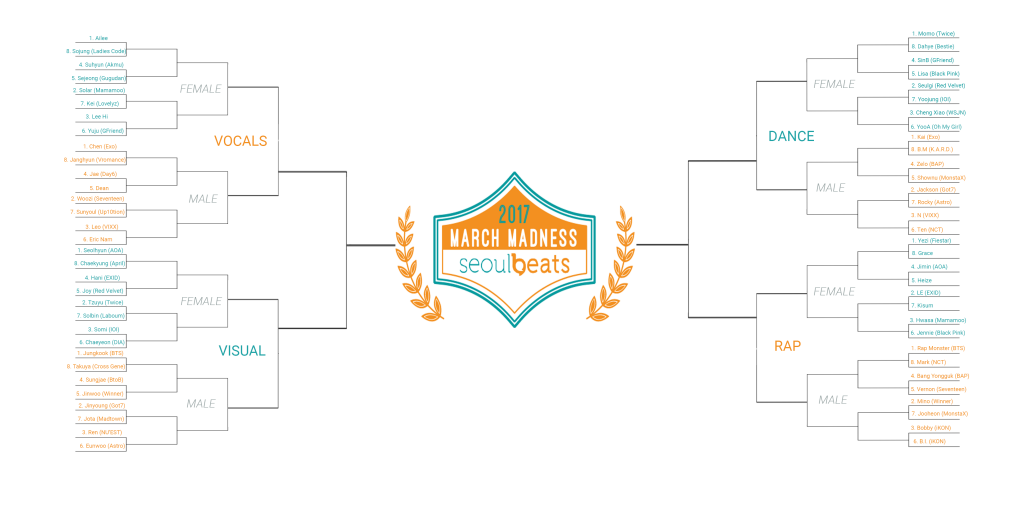 In case you missed the announcement or waited too long to fill out your entry form for the Pick ‘Em contest, it’s not too late to participate because you still get to determine the winners and losers. The rules are simple. The Round of 64 consists of 32 matchups, each with its own poll. Vote for the contestants you’d like to see move onto the next round. Your vote counts for 100% of the outcome.

This round of voting will come to a close on Wednedsay, March 15 at 11:59 PM EST. Let the voting commence!

Due to the large number of polls in this round, please allow adequate time for the page to load.