A Pink Endears with "Dear" 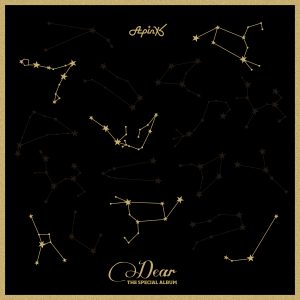 A Pink is back with Dear, a special album for their Pink Pandas just in time for the holidays! Jam-packed with twelve songs in total, there are six new tracks (the first titular track “Dear”, unfortunately, is only available in the physical CD album only), three remakes of their previous title tracks, and three instrumental versions of previous hits. Looking at the album cover and the song titles, it appears that this release has a star or constellation theme, with the cover featuring the members’ birth constellations.

“’Cause You’re My Star” is the title track of this album, and for a good reason too, since the song is just so distinctly A Pink. From the accompaniment featuring synth and electronic notes to the gentle lyrical melody to even the mid-tempo pace, this track is captures A Pink’s innocent and joyful sound to the tee. The sweet, star-themed lyrics fit in perfectly with the music:

“Cause you’re my star

Be on my side

Stay by my side

I’m not jealous of the twinkling night sky

Because I have you”

It’s great to hear Chorong, Naeun, and Hayoung being featured more prominently — their vocals are often overshadowed by the vocal line. What spices up this song is the contrasting instrumental break between the chorus and the second verse which features are a sharper and darker sound – I can’t help but think that this would be perfect for a dance break!

The second track, “Miss U”, is a slow-paced song with a hint of sorrow as the lyrics describe the yearning for a past love. As the only accompaniment is the acoustic guitar coupled with soft percussion, this lack of instrumentals expose the group’s gentle vocals. I especially enjoy the occasional instances of harmonisation; all in all, this is a comforting and relaxing track to listen to on a cold, winter day. 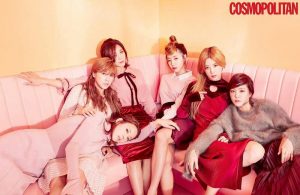 The next song is the start of a series of three remakes of the group’s previous title tracks, with the first being a ballad version of “NoNoNo”. The original hit is an upbeat song with catchy choreography covered by hundreds of boy and girl groups alike; this version does a complete 180. With a much slower tempo and a stripped down piano accompaniment, the mood of the song is transformed from playful and cheerful to melancholic.

The fourth track of the album and the second remake is a R&B version of their most recent title track “Only One”. Similar to the ballad version of “NoNoNo”, this remake is also slower in tempo. There are slight changes to the melodic line for more of a contemporary R&B flavour, the most prominent example would probably be the last line of the chorus. Whereas the original features three consistent notes of the same pitch on the “Love, love, love”, the new version changes the pitches in ascending intervals. The instrumental break after the chorus is also taken away, making for a more classy and elegant mood.

The final remake is a ballad version of “LUV”, and is my favourite remake of the three. One of the problems with the new versions of “NoNoNo” and “Only One” is that it just feels like the tempo has been slowed down to fit the ballad and R&B genre requirements; the sense and impression of the originals still remain, leaving me as a listener in a conflicting limbo between the playfulness of the original and the melancholy of the remake. With “LUV”, however, this remake really goes for a ballad version, completely transforming an upbeat track into a sorrowful, emotional track.

The next three tracks in Dear are duets, with the first being “Ordinary Thing” by Chorong and Naeun. I started off really liking this soothing, mid-tempo song that beautifully showcases the duo’s vocals, especially Chorong’s high notes, but Naeun’s sing-speak in English towards the latter half of the song just didn’t do it for me. It wasn’t quite a rap nor was it quite singing — it was simply her speaking over music.

Up next are Namjoo and Bomi with “Lost Piece”, an emotionally intense track that contrasts the light tenderness of “Ordinary Thing”. The vocal duo does not disappoint with perfect harmonisation and amazing high notes. I especially enjoy the beautiful contrast between Namjoo’s richer vocal colour and Bomi’s lighter and more lyrical one.

Last but by no means least are Eunji and Hayoung with “That Spring, That Autumn”, which would be a perfect listen, like the title suggests, during spring or autumn during a walk in the park. It’s an easy song to listen to with a lyrical melody driven by the rhythmic percussion.

I won’t review the last three instrumental versions of “Mr. Chu”, “Fairytale-Like Love”, and “April 19”, but these are perfect for if you want to belt out to these songs at home or at karaoke! 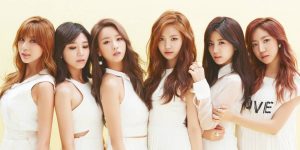 In conclusion, Dear really highlights and captures A Pink’s characteristic soft and gentle sound. Their tracks may not always be the most memorable, but they are easy to listen to and are soothing and relaxing. At the same time, I commend the fact that the group manages to add another dimension to this album with their remakes that attempt to showcase a different style from what they are used to.

(mages via Plan A Entertainment, Cosmopolitan)